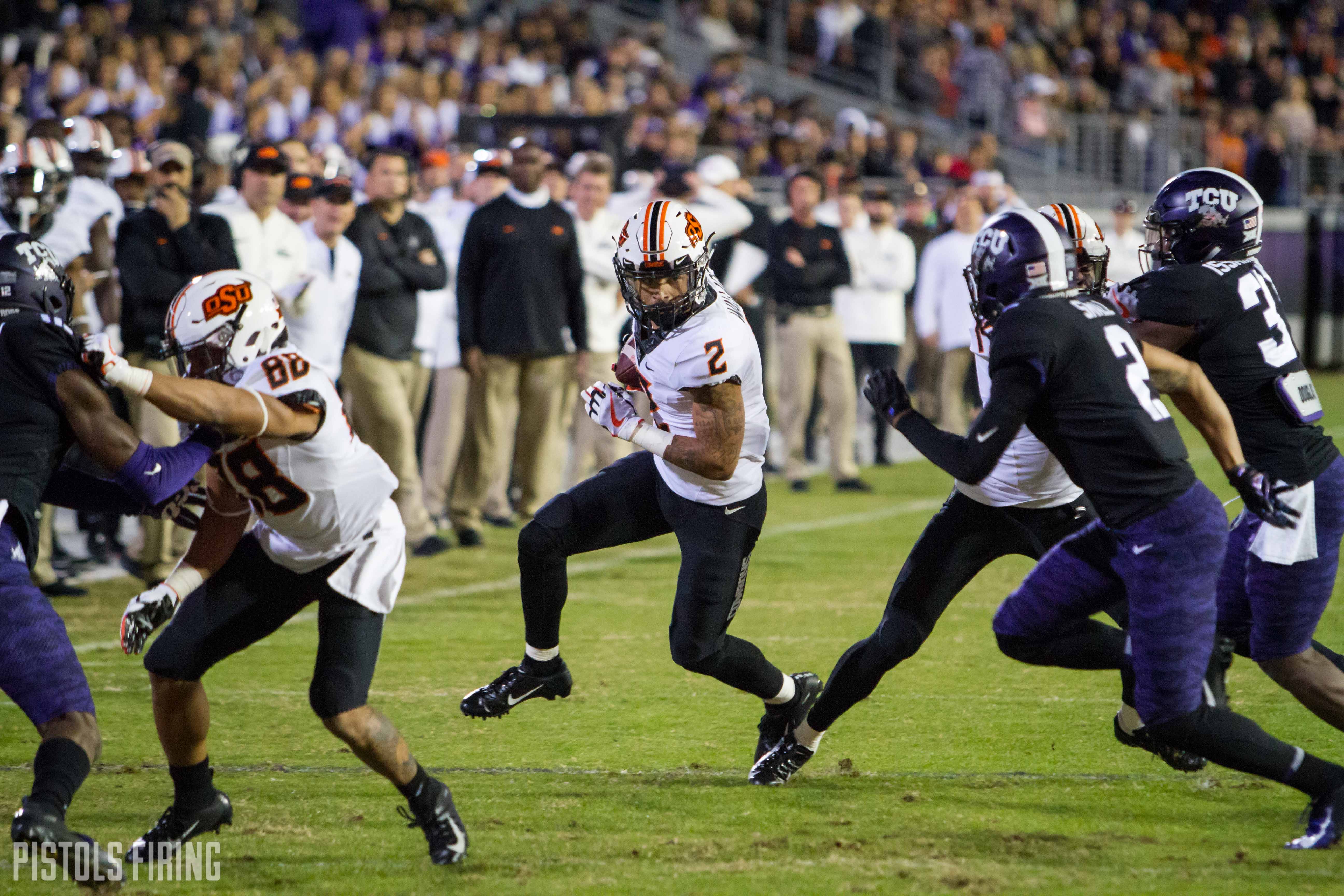 Oklahoma State fell 31-24 to TCU in Fort Worth on Saturday on a night in which offense was at a premium — especially for the visitors.

The Cowboys struggled to move the ball all night against the hapless Horned Frogs, who entered the night 5-6 having lost three of their last four games (including to KU!) OSU racked up only 280 total — yes, total! — yards of offense on the evening against TCU: 181 through the air and 99 on the ground, albeit without the stellar presence of Justice Hill.

Taylor Cornelius against TCU was more of the Taylor Cornelius we saw against Kansas State than the one we saw against Texas and West Virginia this season. The fifth year senior struggled to move OSU’s offense for much of the night, finishing 17 of 40 with 181 total yards passing and zero touchdowns. He added a team-high 52 yards rushing on nine attempts. He also had one interception.

The defense gave up 31 points on the evening, but it was far from the sore spot as to why OSU lost yet another inexplicable one as a favorite — though Jalen Reagor’s transformation from productive sophomore receiver to Antonio Brown/Le’Veon Bell mix does explain in part OSU’s struggles on that end. Reagor had 91 yards receiving for one score, and also had five carries for a team-high 121 yards rushing and one score. OSU simply had no answer — nor, apparently, adjustment — for him.

Oklahoma State’s own sophomore receiving standout, Tylan Wallace, who all week has been the focal point of a deafening Biletnikoff campaign, was difficult to spot out of a lineup. He had four receptions and 64 yards receiving, but TCU cornerback Jeff Gladney rendered him largely ineffective.

With the loss, the Cowboys fall to 6-6 and await their bowl fate, while simultaneously granting TCU its unexpected bowl eligibility.