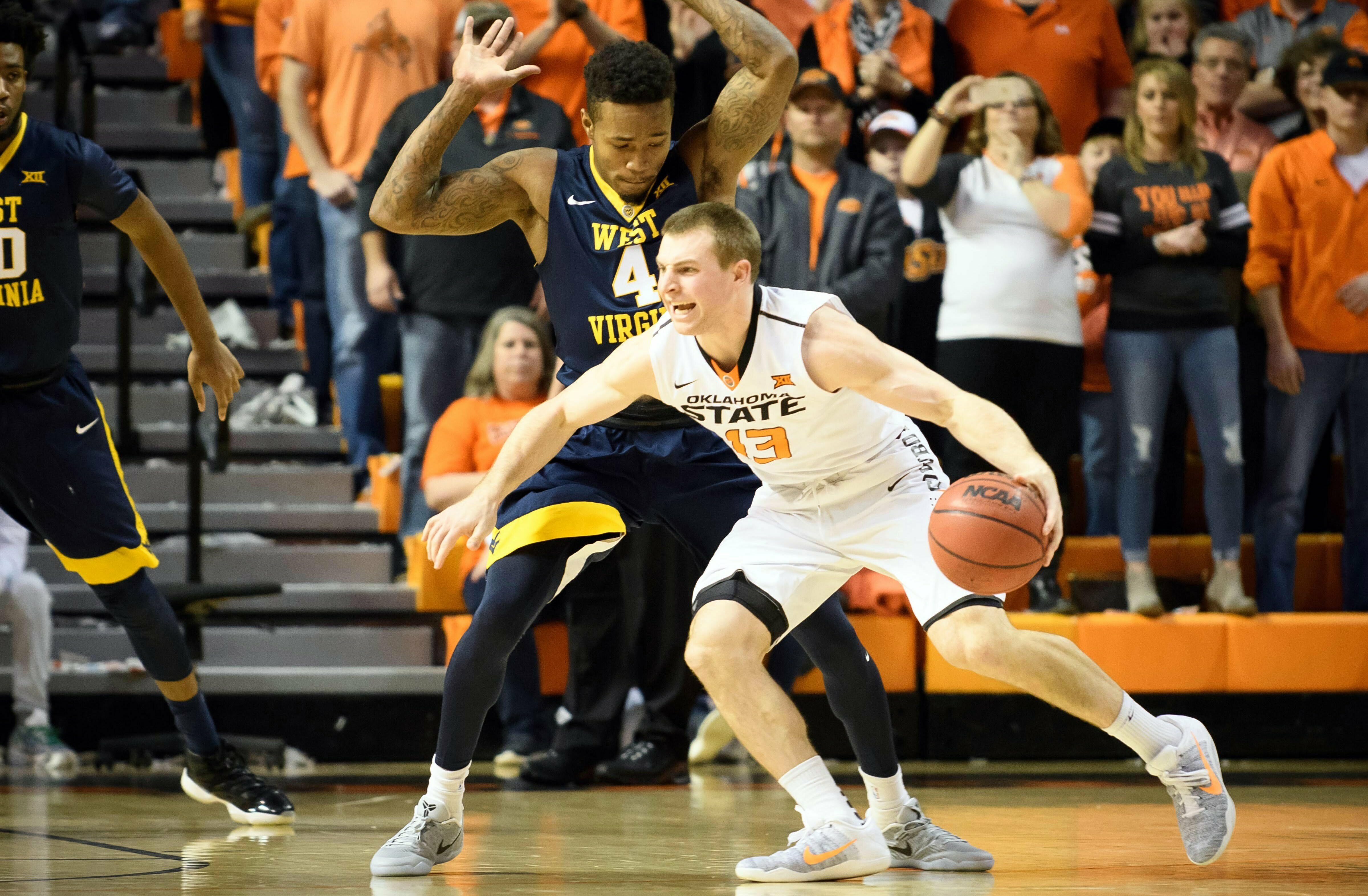 There is a reason Bob Huggins is the teacher and Brad Underwood was the student. Huggins handed out syllabi on Friday afternoon to a sold out GIA, and “Underwood’s 100th win” was nowhere to be found on the paper as Huggy Bear’s deeper, better No. 11-ranked WVU squad took it to the Cowboys to the tune of 92-75. WVU moved to 12-1 on the year, and OSU fell to 10-3.

The Mountaineers did to the Cowboys what the Cowboys have done to teams all season thus far: Created turnovers, grabbed offensive rebounds, took shooters and scorers out of their rhythm and devastated their opponent early on to the point that the Cowboys never had a chance to recover.

WVU turned OSU over 19 times (22 percent of possessions), and out-rebounded them by a handful on both ends. This led to more shots and thus more points. They also seemingly hit everything they looked at and posted a 60 percent effective field goal percentage (55 percent from the field, 38 percent from three, 77 percent from the line).

The bigger issue than WVU’s defense, though, was OSU lack of it. The Cowboys had turned every team it faced over at least 15 times but only did it 12 times against WVU (14 percent of possessions). When WVU turns you over on 8 percent more possessions than you do so to them, it’s not going to be pretty (and it wasn’t, as they got layup after layup on offense).

The breathing room was palpable. WVU had 23 assists on the day, which is the most OSU has given up in a single game all season.

The second half was more of the same before things got interesting about halfway through. OSU had a real chance to cut it to single digits by the 8-minute mark. Jawun Evans was shooting the second of two free throws as OSU trailed by 15 and was starting to get feisty, but he missed and WVU grabbed the game by the throat and effectively ended it going up 20 right before the penultimate media timeout.

OSU was led offensively by Leyton Hammonds who had 17 points and 7 boards. Phil Forte chipped in 18 points on a couple of garbage time threes. Jawun Evans had 15 points and a career high 11 assists. For the Mountaineers Daxter Miles had 22 points on 9/14 shooting from the field.

Both Evans and sixth man Jeffrey Carroll had five turnovers, and OSU looked a little bit lost against WVU’s suffocating full-court press. Their best play was actually letting Evans throw it in, getting it back to him and letting him go the length of the court (if that tells you how effective they were at breaking the pressure).

OSU also did not get much out of its bigs as Lucas N’Guessan, Mitch Solomon and Cam McGriff combined for just 13 points and 7 rebounds (or essentially one Leyton Hammonds). The Pokes also shot free throws poorly (61 percent on the day).

The end result was a ho-hum 18-point win for the Mountaineers that probably looked a lot easier than it actually was. That’s what happens when you have grown men on the interior and can force Evans and Co. into silly mistakes.

For the Cowboys, it was a startling “welcome to the Big 12” moment. There are no more Rogers States or Texas A&M Corpus Christis. WVU manhandled the undersized Pokes in a bummer of a first conference tilt. The young Pokes will learn, though. Underwood has proven himself a terrific coach, and they will grow a lot in the first five Big 12 games.

Hopefully they’ll be able to look back on this one in March and say, “we don’t even recognize that team.”

Next game: At Texas on Wednesday