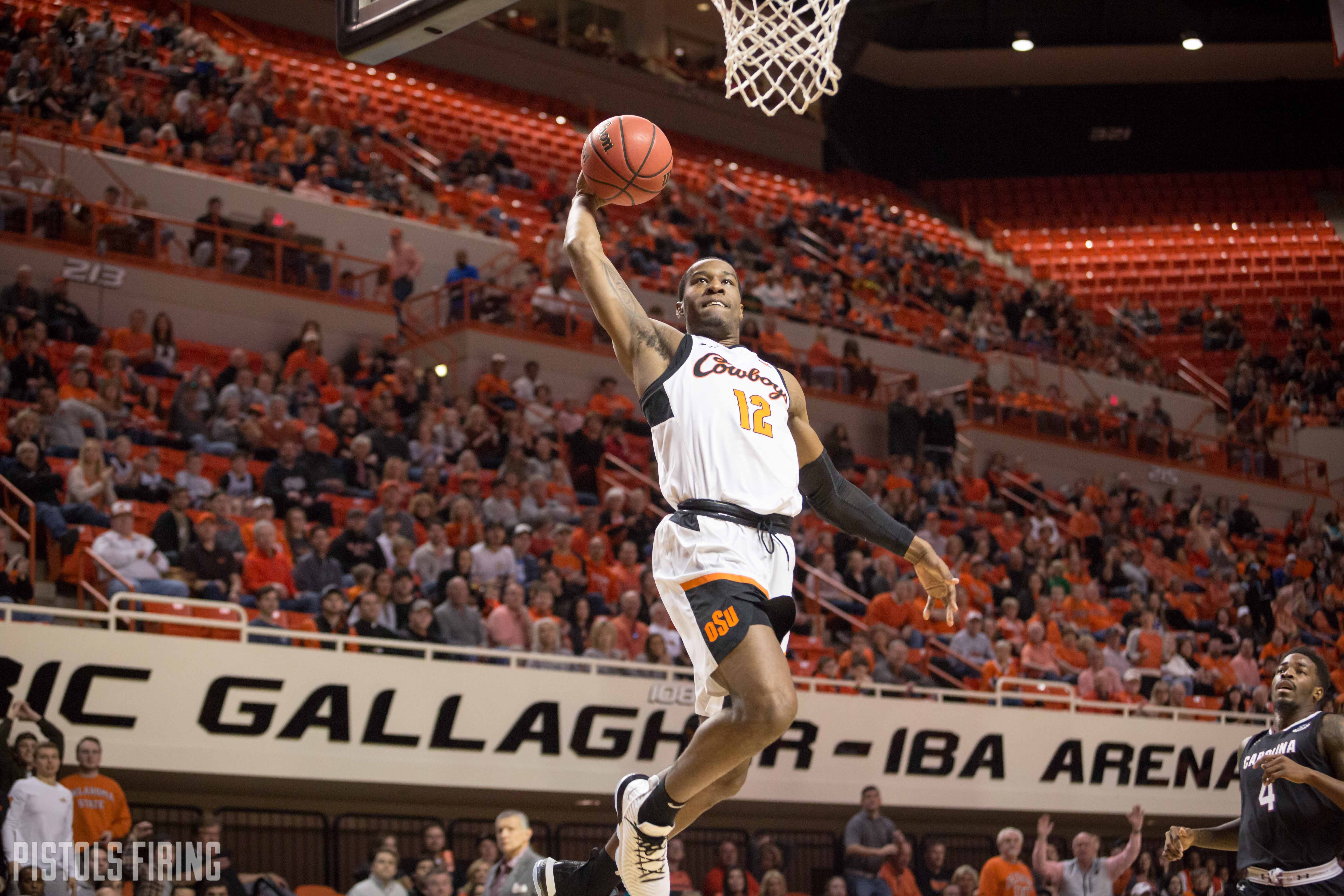 Against his alma mater — and the team he didn’t want to play — Mike Boynton’s Cowboys broke a three-game losing streak with a 74-70 win over South Carolina on Saturday afternoon.

The Cowboys orchestrated a 13-2 run midway thru the first half that pushed the home team’s lead to as much as 12, but the Gamecocks got hot from deep, making three of their final four 3-pointers to end the first half and were down just 5 at intermission.

It was a back-and-forth affair early in the second half before consecutive and-1s by Yor Anei and Cam McGriff ignited GIA’s crowd.

Then a transition 3 from Lindy Waters set it ablaze.

The Cowboys, who have made a habit of cooling off in the second halves of games of late, fed off of that momentum and the crowd to build an 8-point lead, but South Carolina hung in and chipped away and briefly took a 2-point lead with 8 minutes left. All in all there were 22 (!) lead changes before the Cowboys finally put it away late with free throws and Lindy Waters.

Up 3 with 20 seconds left, Lindy Waters drove to the bucket and used his soft touch to roll one in that pushed the Cowboy lead to 5. On the ensuing possession, Waters’ defensive rebound and the subsequent fouling spelled the end for the Gamecocks. SC hit an inconsequential 3-pointer at the buzzer to make the score look closer than it actually was.

Player of the Game

Thomas Dziagwa was feeling it on Saturday. The Pokes’ sharp shooter nailed 5 of 9 3-pointers (6-of-12 overall) to tie a career high with 19 points, leading all scorers.

Waters scored 17 on 5-of-13 shooting with six rebounds and three assists, and Cam McGriff added 14 points. Three of his four made field goals could be hanging on your dorm room walls.

What’s next: The Cowboys will enjoy a rare week off before welcoming Kansas State next Saturday, February 2 at 5 p.m.