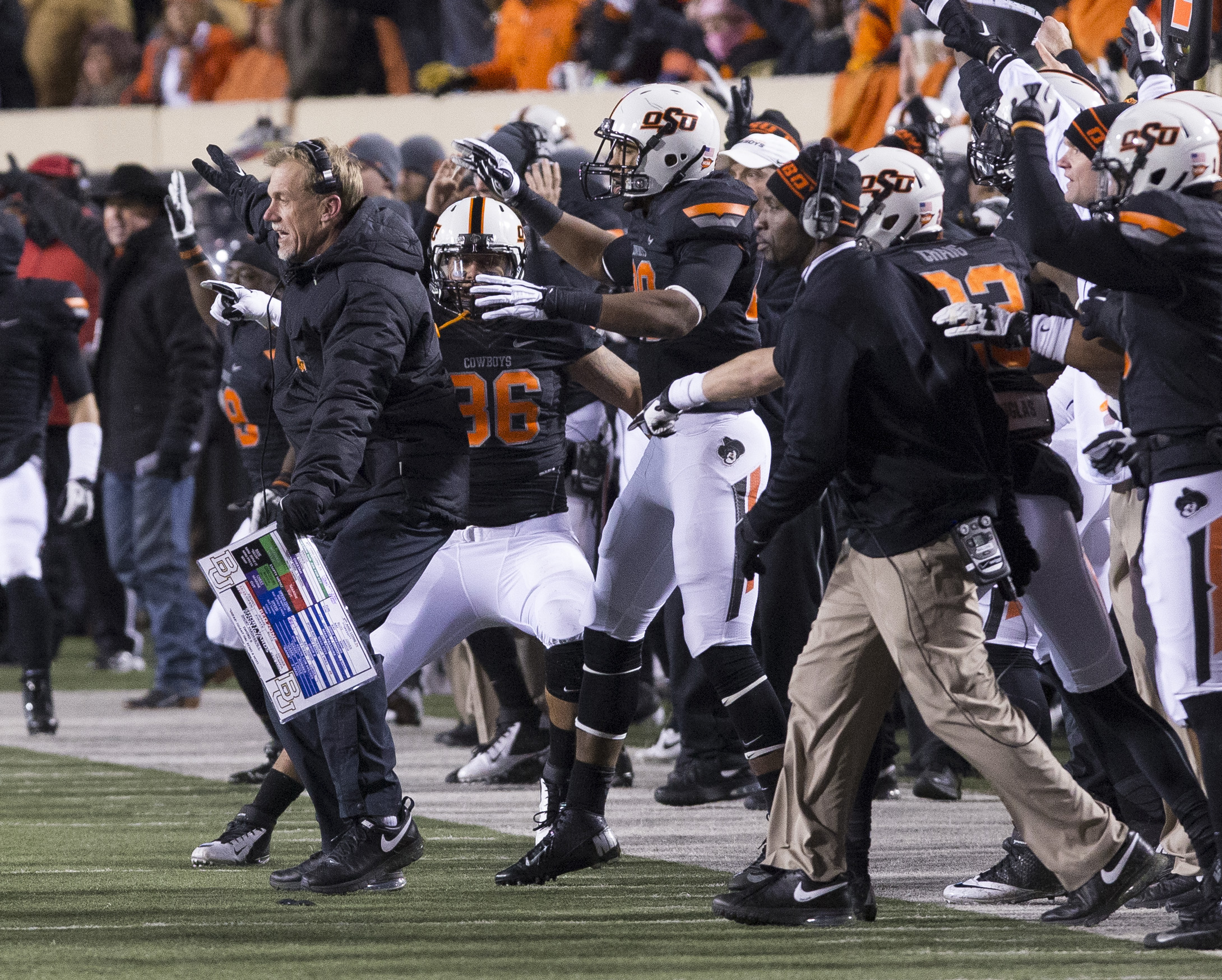 I’m loathe to ever think football or basketball coaches are overpaid given how much money they generate but Glenn Spencer recently got a contract bump to $550,000 that makes him the highest-paid defensive coordinator in Oklahoma State school history.

That seems a little strange when you consider the fact that his defense gave up over 5,000 yards in 2013 — more than Buffalo, SMU, Army, Kent State, and Syracuse.

But let’s look at it a different way — the way you should be looking at it. OSU’s offense has always been and always will be fast-paced and high-scoring, at least under Mike Gundy.

That means its defense sees a lot of time on the field, a lot of possessions, a lot of snaps.

So when you look at how many points OSU gave up per drive, Spencer is cast in a new (more beautiful, orange-colored) light. His defense was elite last season, giving up 1.21 points per possession against D1 teams which ranked 6th in the country behind Florida State, Michigan State, Alabama, Louisville, and North Texas.

Elite stuff, to be sure.

But how did that compare to what other defensive coordinators in the Big 12…coordinated. And how did his salary stack up against the competition.

For that, let’s take a page from the OKC Dave playbook and bust out a scatterplot graph. The vertical axis represents how much defensive coordinators at each school made and the horizontal axis represents points given up per drive.

I charted what Spencer made last season (almost $100K less) and then made a bubble for what it would look like if he would have been making what he’ll make this season. 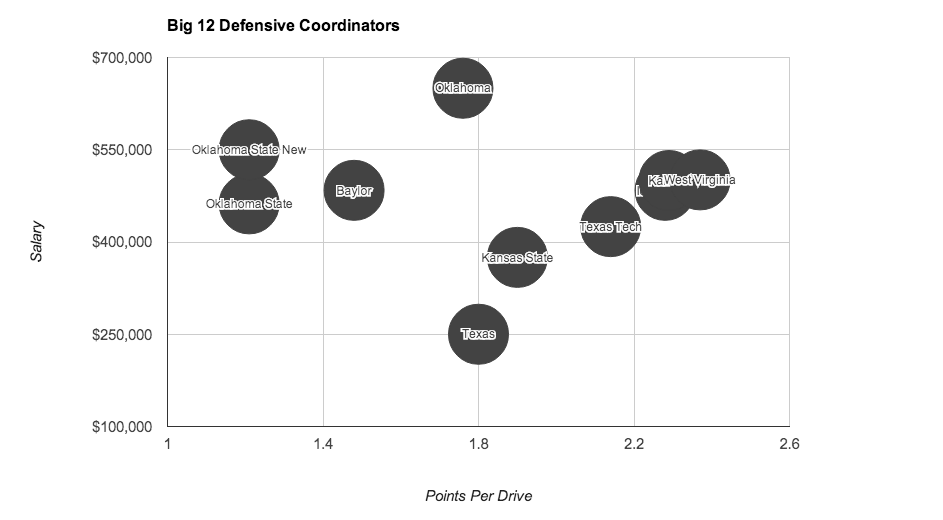 Either way OSU comes out looking great. Somehow Texas does, too. Mostly because it had a pretty good defense and fired the dude it was paying $650K a year to hire a guy who only made $250K.

West Virginia, Kansas, Iowa State — you have work to do. OU had a good defense but it is paying a pretty penny in exchange.

So by this measure, no, Glenn Spencer, even with a nearly 25 percent bump in pay is not compensated to heftily. Now this sample size is tiny and we need to see Spencer do it without 39 seniors against a bad set of offenses in the Big 12. It will be interesting to revisit this graph after the season.

For now, though, OSU is getting a pretty great deal.