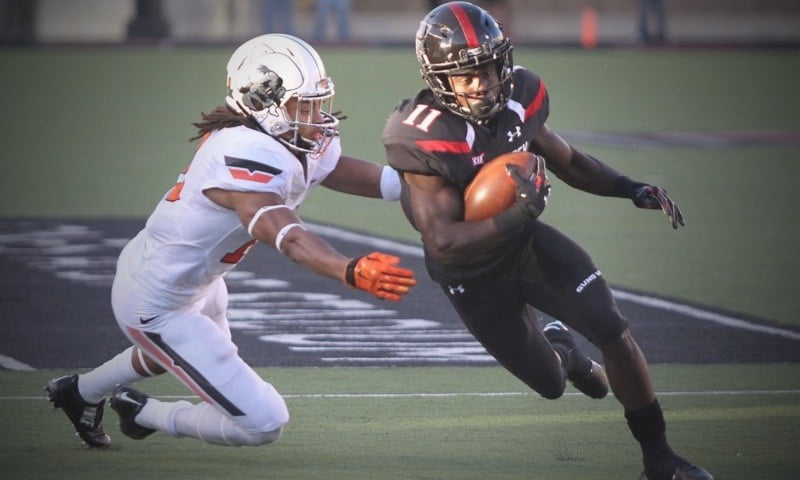 I used each of the old BCS computer rankings systems as well as Brian Fremeau’s FEI system to put together similarity rankings for each of the Big 12 title contenders. Why these systems? Well, there are over 100 systems that rank college football teams (seriously), and I can’t really tell you which ones are the best. I assume some rational thought went into selecting the six BCS computer polls, so I’ll go with those. I know that the FEI system is a good one, so I added that one as well.

I still like computer polls because they are largely immune from the biases we are susceptible to – seeing similar resumes with Bama on one and Boise on the other doesn’t come into play like it does with human beings. Also, I’m beginning to drink the orange kool-aid just like every other OSU fan right now, so I’d like to see what the computers think to see if I’m evaluating this team properly.

Before we get started, the average ranking in these systems for the contenders is as follows:

Without further ado, here are the similarity rankings for each of the Big 12 contenders. The similarity scores are really only useful in context with other scores, so our score of “22” with Utah is useful as a gauge of how similar OU is with their first match, etc. Let’s start with the good guys. I highlighted cases where teams in the current Playoff Committee Top 4 are matches. Unfortunately, that number is zero for the Pokes.

OSU is most closely matched with Utah, Ole Miss, and Stanford – which all seem destined for good but not great seasons.[1. At least they love their families and care about football.] Still, all three of the other Big 12 contenders are within striking distance in our top 10. TCU has the smallest similarity score of any team I evaluated with Ohio State. They also have all four of the CFP Top 4 in their top 7. Good company to keep.