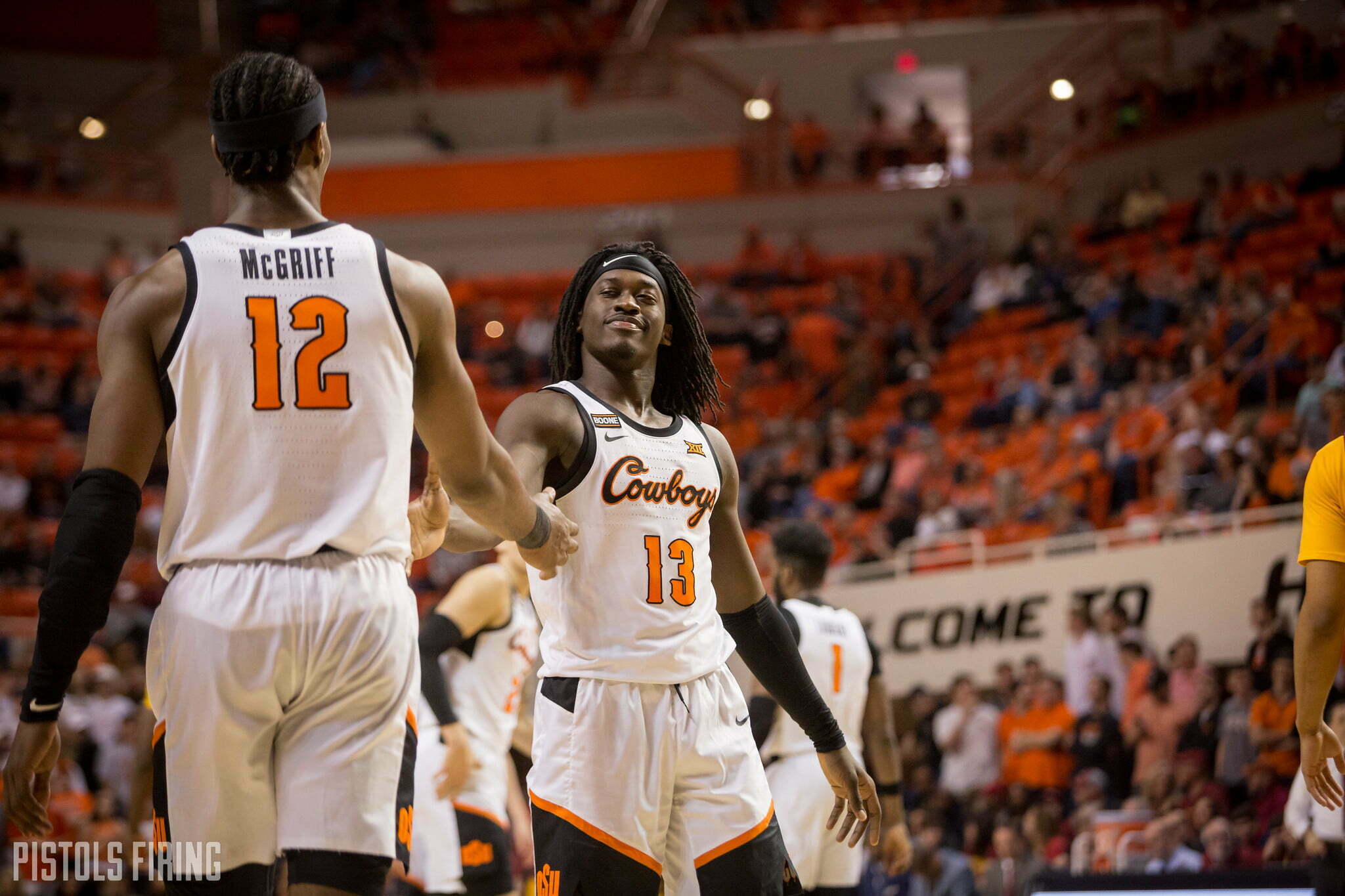 It’s been an interesting offseason for Isaac Likekele, but one thing is now certain, he’ll be back in orange and black.

Likekele announced his decision to stay at Oklahoma State despite the NCAA’s recent sanctions on the program. Likekele is entering his junior season.

“You reward loyalty with loyalty,” Likekele wrote. “Two years ago not even my city thought I was going to be something … and now the whole world on notice about me just because of the opportunity Coach B [Mike Boynton] has given to me.

“I only eat with the ones I starved with!!!”

The announcement comes hours after news broke that Likekele’s classmate Yor Anei intended to transfer from the program. Likekele was part of a five-man recruiting class in 2018 for Mike Boynton, but he is all who’s left after Anei, Maurice Calloo, Duncan Demuth and Kentrevious Jones were all either dismissed or transferred from the program.

This season started with Likekele testing draft waters with the likelihood of him going to the NBA combine and workouts to still return. The COVID-19 pandemic made that a difficult task, so he chose to return. Then the NCAA sanctions left Likekele with another decision.

“There wasn’t any way I could leave,” Likekele told Jeff Goodman. “The relationships I’ve built here with the staff and the community is a family environment. My relationship with Coach Boynton is something that I wouldn’t trade for no amount of success or money, that’s my guy.”

As a sophomore in 2019-20, Likekele averaged 10.9 points, 5.6 rebounds, 4.5 assists and 1.9 steals a game. He led the team in assists and steals and was second in points and rebounds behind Cameron McGriff.

This is a definitive step in the right direction for the Cowboys. As now, it’s only come out that Anei is departing from the program following OSU’s postseason ban. It will be interesting to see moving forward what Cade Cunningham, the No. 1 recruit in the 2020 class, decides to do.