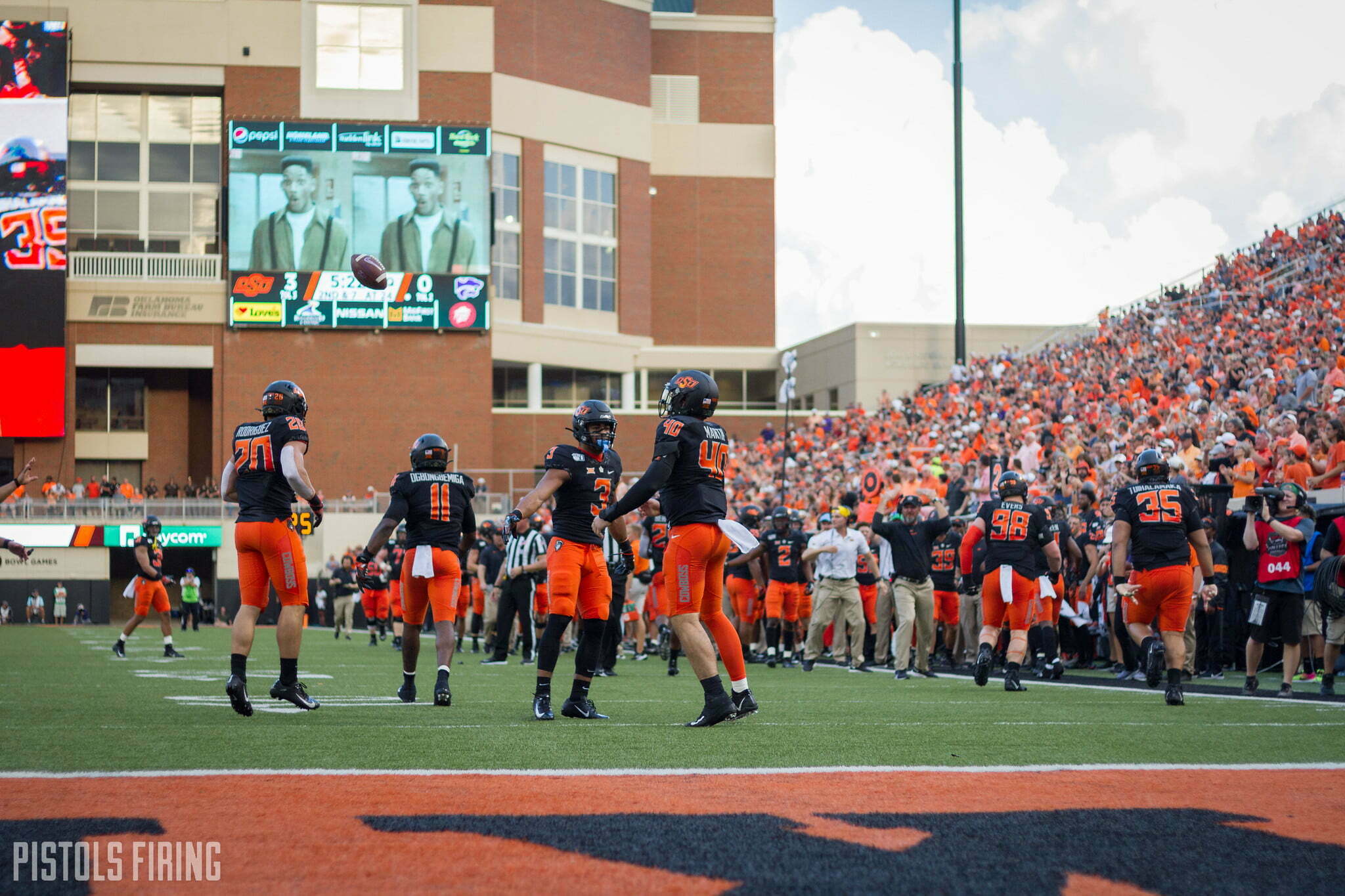 I know all of this still sounds so bizarre and maybe even panicky because college football is still so far away, but with the White House’s recent guidelines extended to April 30 and the estimation of over 100,000 people dead from the coronavirus pandemic, I remain convinced that football won’t be played in 2020. I hope I’m wrong about that — I hope more than anyone I know that I’m wrong about that — but the evidence is starting to mount, and the time is starting to dwindle.

Earlier this week, Brett McMurphy (himself an OSU guy) put together an anonymous survey of nearly every FBS athletic director and what their collective expectation is regarding a 2020 season on a scale of 1-10 with a 1 being “there definitely won’t be a season” and a 10 being “there will definitely be a season.” The results were mildly encouraging but with this big caveat.

None of the ADs gave lower than a “5” ranking (meaning a 50/50 chance there is no season). However, several admitted they probably provided a higher-numbered response because they wanted to remain positive and optimistic about having the season. [Stadium] 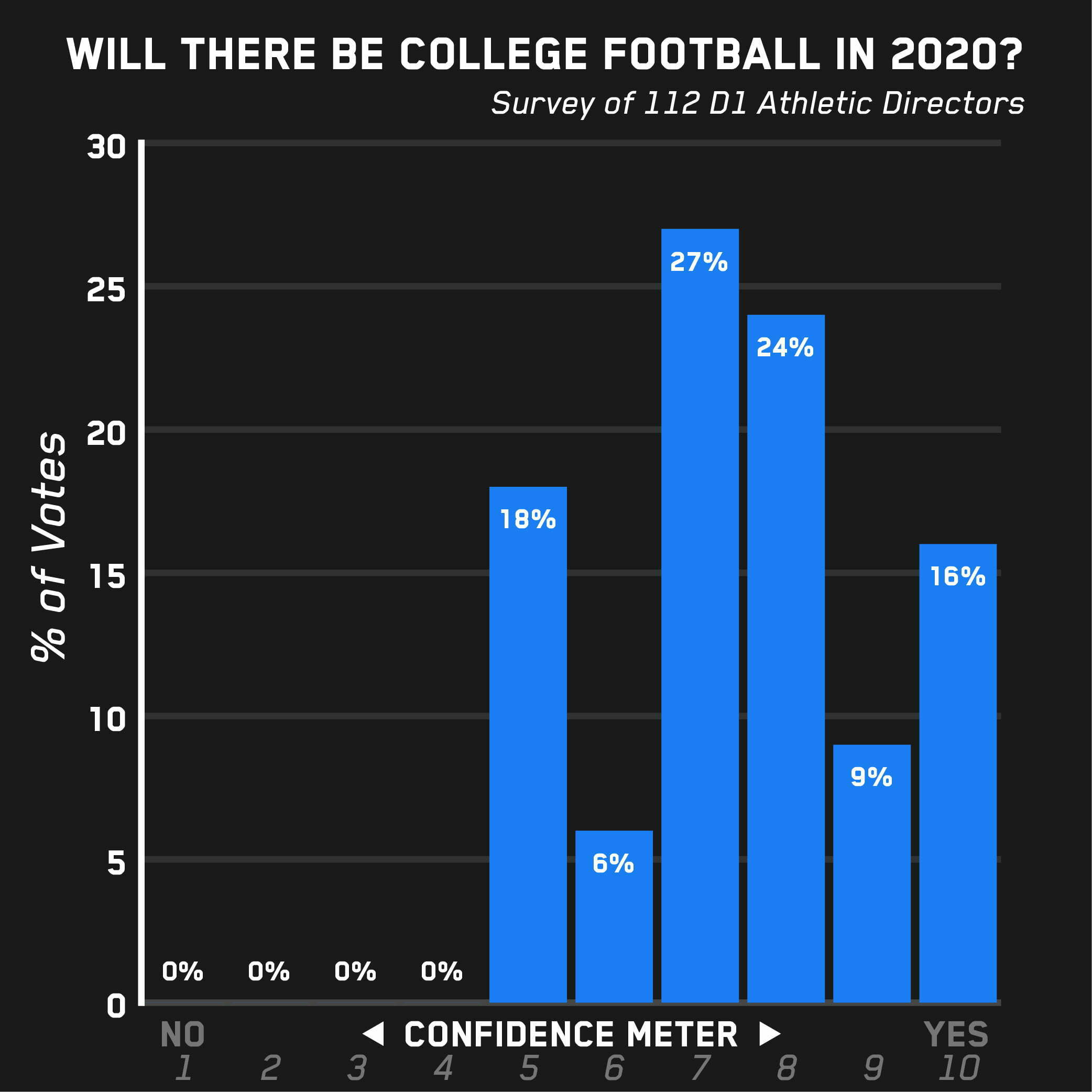 Those numbers will likely drop in the weeks ahead as more carnage piles up. This becomes problematic because decisions will need to be made about the fall within the next 100 days. I think — barring a wild and dramatic turnaround — it’s fairly easy to see where all of this is headed.

The idea of no college football has led to some wild ideas. A summer (!) college football season to get ahead of the second wave of corona was floated. So was a spring 2021 (which seems far more feasible).

A Group of 5 president recently suggested to another G5 president they should go ahead & move the 2020 college football season to spring, source told @Stadium. Obviously, it’s too early for that, but these are among options presidents & ADs are considering if season is delayed

This is intriguing and something I thought about the other day. I don’t know how all of the financials would work — fiscal years vs. calendar years — but you would at least allow programs to remain solvent. Plus, the idea of two football seasons in the same calendar year is incredible. The alternative is not a fun alternative to think about.

Without the millions of dollars of revenue generated by college football programs (media rights, ticket sales, sponsorships, donations, etc.), some ADs fear there would be incredible consequences, including schools having to cut or eliminate Olympic/non-revenue sports. [Stadium]

The other thing I’ve thought about is whether this pandemic is speeding up the end of college sports (and college?) as we know it. Whether it’s ushering in a new era. I realize all of this sounds very dramatic when three weeks ago we were wondering if OSU could get past Kansas in the second round of the Big 12 Tournament, but the reality for other sports is that this will end some organizations.

That’s probably not true of college football because it’s too popular and there’s too much money to go around. But if that money isn’t changing hands then what exactly do you have? Do you have to hit a reset button on the entire thing? Does ESPN and FOX get to keep the money they were supposed to pay the Big 12 for this season? How long can athletic departments float along before they have to start making cuts? (These are some of the questions I plan on asking Chad Weiberg on our podcast on Thursday).

It’s all very messy and quite sad. I know we keep saying “it’s just sports!” which is both true and not true. It is just sports, but it’s also a big business that employs a lot of people. College football drives all of that, and it might be sitting in the back seat come September 1.