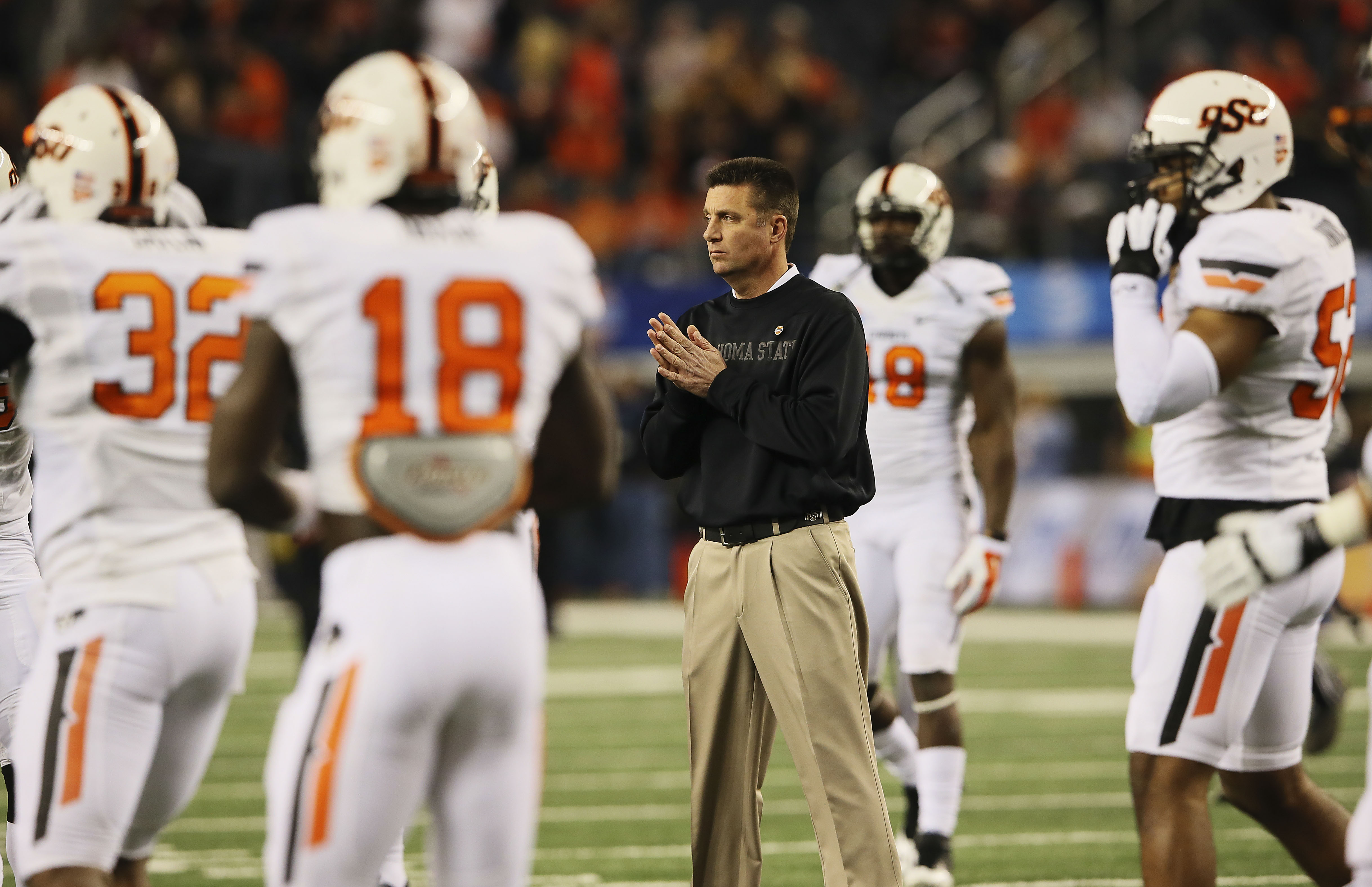 The FSU game is still 10+ weeks away but whatever, let’s talk about this OSU football season.

If you’ve been listening to Glenn Spencer and Mike Gundy you probably expect us to go 1-11 with 20 of our 22 starters being true freshmen. They’re more cautious about this team than the New China manager was when Byron Eaton and friends came in for the buffet.

Vegas sees it differently, though. Here’s what they’ve set as OSU’s Big 12 title odds, odds to get to win it all, and lines for the first few games (for the first two I included the teams around OSU and any other notables).

We already went over these here. I think OSU is a bad value play to win the Big 12.

That WVU line is haughty. I know we get them in Stillwater but I’m not sure we’re 19 points better than anybody in the conference that doesn’t have a legendary basketball program right now. I could be wrong.

The Tech line seems a touch high as well. I’d feel better about it at -6 or -4 or something like that. It’s at home on a Thursday, though, and we seem to play pretty well in those games.

That Texas line makes me giddy, by the way. That’s going to be another jewel.

I don’t know about you guys but I’m pretty ready for August to be here.