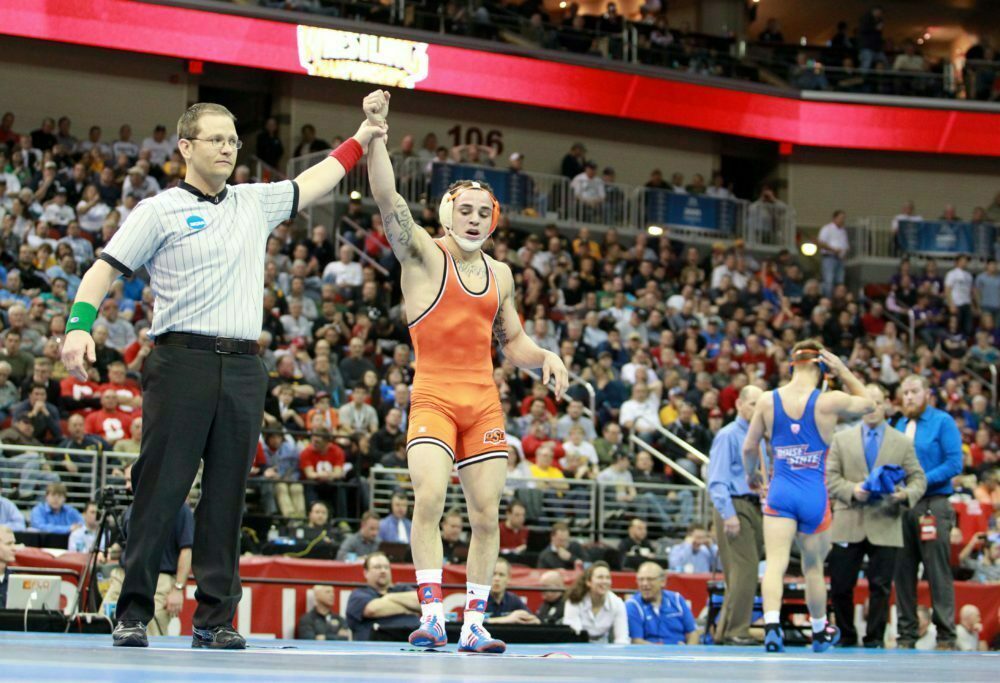 In one of the first wrestling events since the coronavirus pandemic shut most of the world down, former Cowboy Jordan Oliver took on former Penn State Nittany Lion and three-time NCAA champion Jason Nolf on Sunday at the Rumble on the Rooftop in Chicago, Illinois.

🇺🇸 The All-American, @that_dude_JO can't wait to get his hands on his opponent.

Will this trash talk hurt or help @jasonnolf?

Late in the second, Oliver was put on the shot clock again and unable to score again. Late in the period, Nolf got in on a shot, and Oliver attempted a headpinch. Oliver was unable to do anything with it and was eventually taken down at the very end of the match and fell 4-1.

It was a low-scoring and uneventful match, but with wrestling just getting back there was a bit of an expectation that there could be some rust to knock off before some guys really start opening up and wrestling a bit more wide open again.

Nolf did leave the door open to a possible rematch in the post-match interview.

“I think we can put on a better show than that. Three points, with no offensive points. It kind of stunk. I told him I want to wrestle him again sometime. Maybe we can set up a round two and get some points on the mat,”

There was no weigh-in for this event and Oliver and Nolf do not compete at the same weight internationally. Nolf is typically at 74 KG and Oliver at 65 KG.