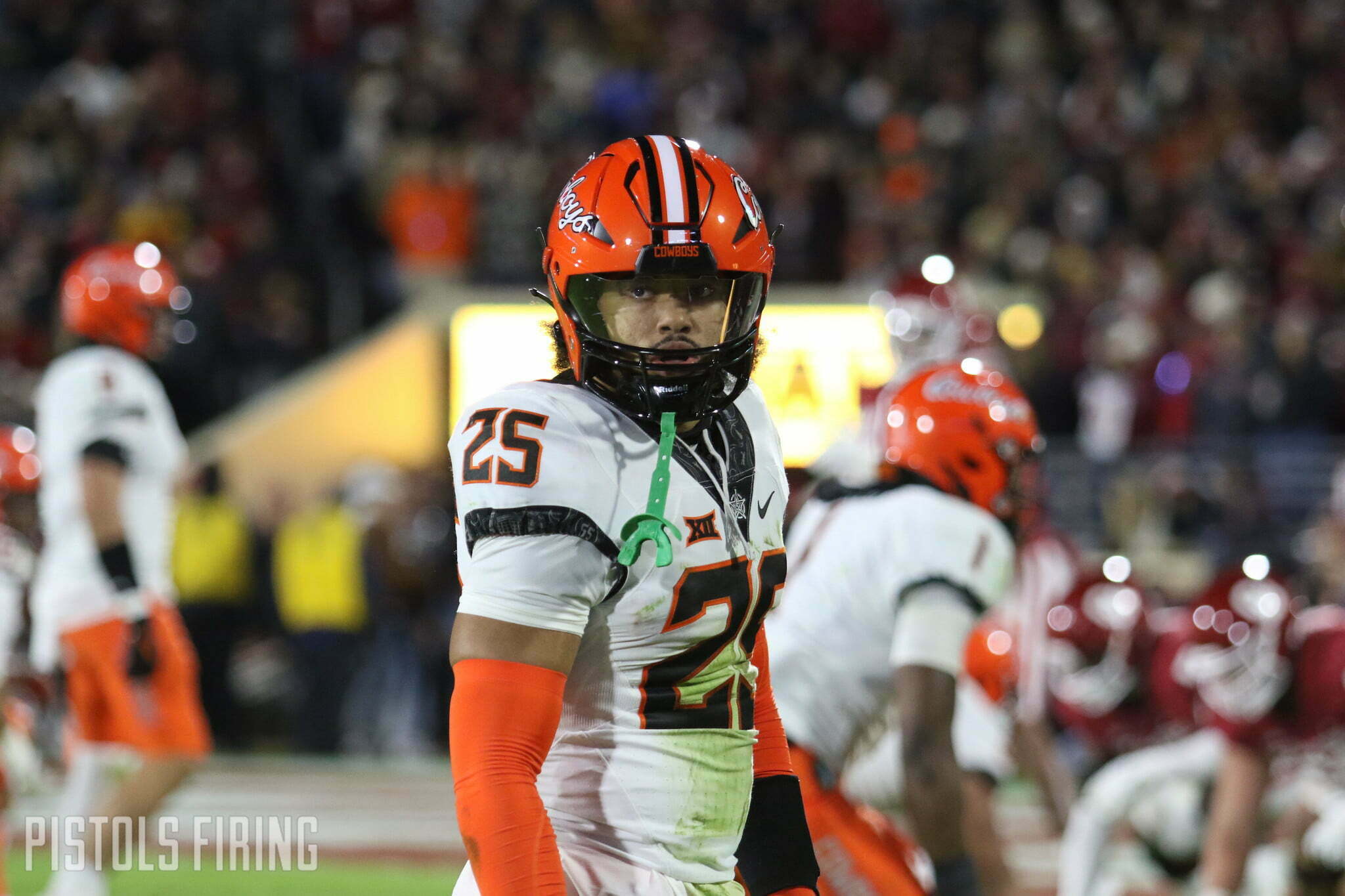 After getting passed over for the in-state trophy, Jason Taylor earns All-American status.

Taylor, an Oklahoma State safety, was named a second-team All-American by the Walter Camp Football Foundation, it was announced Thursday.

Taylor leads the Big 12 in interceptions, is third in passes defended, earned a spot on the All-Big 12 first team and was an honorable mention for the league’s Defensive Player of the Year. He’s tied second nationally in picks and leads all FBS players in solo tackles, per CFBStats.

After a redshirt year in 2018, the Oklahoma City native has played in every game over the last four seasons, first standing out as a special teams playmaker before earning a rotational role as a sophomore in 2020. He’s been a starter the last two seasons, but he’s never lost his knack for making plays, or his nose for the ball.

Taylor was one of 12 semifinalists for the Jim Thorpe Award given to college football’s top safety. Despite beating out two of the three finalists in interceptions, Taylor was passed over for the in-state award. He matched the total of Utah safety Clark Phillips III, both tied for second nationally with six picks.

Taylor becomes the 28th Cowboy to earn All-American honors since 2008. He’s the eighth OSU safety to do so and the fourth under Mike Gundy with Markelle Martin (2011), Tre Flowers (2017) and Kolby Harvell-Peel (2021) each making an All-American team.