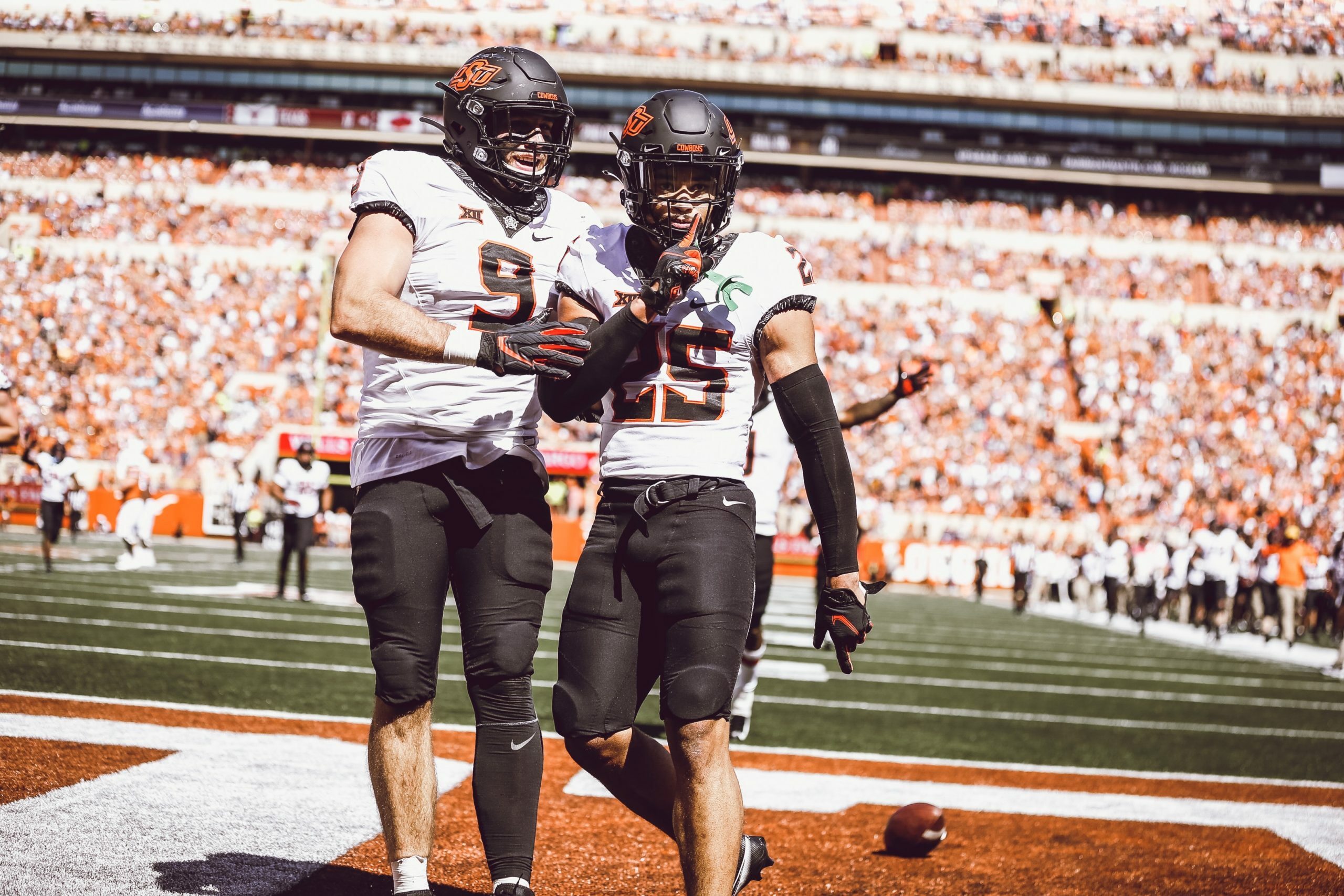 Jason Taylor made the play of the day for OSU’s defense on Saturday … and maybe the season.

The Oklahoma product picked off Texas QB Casey Thompson as the Longhorns were threatening to score and then returned it 85 yards for a score to cut Texas’ lead to 17-10 to swing momentum just before half.

Jason Taylor with the pick-six! pic.twitter.com/GVLh2F588D

So good. All Jason Taylor does is make massive plays. Hopefully this juices up the Pokes after a slow start.