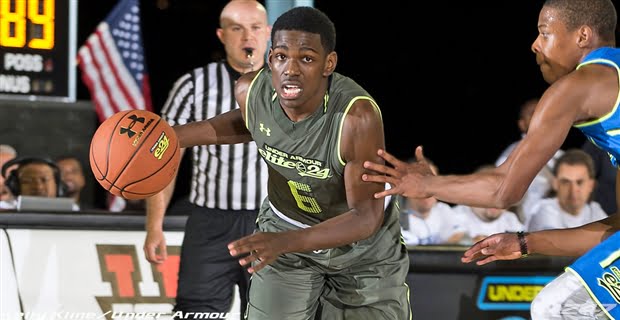 Jawun Evans has had a heck of a senior year. And things just keep getting better.

On April 1, Evans was one of 24 high school basketball players selected to participate in the prestigious McDonald’s All-American Game.

Last week, Evans earned more accolades, among them, being named a Parade All-American, a list that includes previous honorees such as Magic Johnson and Michael Jordan.

To add to his resume, Evans was also invited to participate in the U.S.A. basketball U19 training camp, which will begin on June 13 in Colorado Springs, Colorado. Of the 24 participants, only 12 will be selected for the U19 World Championships, which will be played in Crete, Greece.

“It’s a great honor for Jawun to be invited to this training camp,” OSU head coach Travis Ford told the Tulsa World. “He’s worked tremendously hard for this, and had such a great high school career. We wish him nothing but the best with USA Basketball.”

If selected, Evans would become the third Cowboy to play on the U19 squad – joining Matt Clark and Marcus Smart.

On Thursday, the All-American arrived in Stillwater and sent a tweet the Cowboy faithful should be happy to see.

With the graduation of Anthony Hickey, Evans is expected to make an immediate impact, and should slide into the starting point guard position. Evans was the No. 1 overall prospect in Texas according to the 247sports composite for 2015.