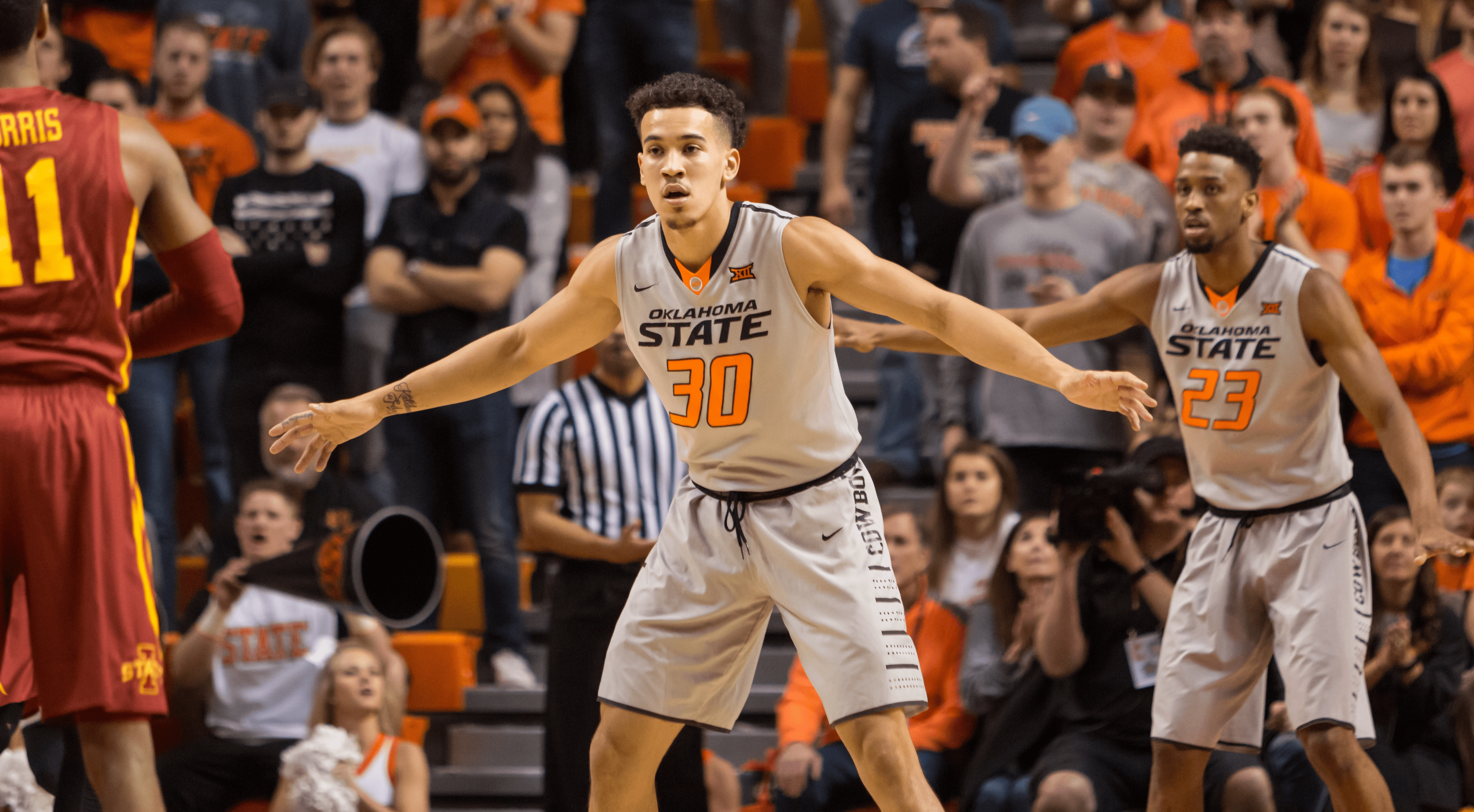 Despite an 0-5 start to Big 12 play, the Oklahoma State Cowboys have had a couple of bright spots this season. Jawun Evans is second in the league in points per game at 18.2 PPG and 4th at 5.3 assists per game.

Phil Forte is closing in on the school record for 3-pointers made, and true freshmen Lindy Waters III, Brandon Averette, Cam McGriff, Thomas Dziagwa and Lucas N’Guessan have shown moments of real promise. This weekend, redshirt freshmen Davon Dillard got a chance at extended minutes and didn’t waste any time making an impact (6 points, 8 rebounds, 3 assists in Lawrence). In fact, Carroll ranks 30th nationally in eFG% which is quite impressive for a guy coming off the bench up until Lindy Waters III missed a few games with a concussion.

Carroll has been the complete package as a junior — defending multiple positions at a high level, leading the team in rebounding, landing in the top five in conference in scoring, both off the dribble and shooting the 3, and providing energy and consistency when Phil Forte and Jawun Evans have been hot and cold.

Brad Underwood called No. 30 “one of the most improved players in the country” after the Kansas game, and it’s hard to disagree with him. Gone are the days of Jeffrey Carroll completely disappearing from the offense, or letting his head hang after a couple missed 3s. Clip has bought in to the new coaching staff’s mentality better than anyone else and it’s showing on the court.

With the losses of Phil Forte, Leyton Hammonds, and potentially Jawun Evans, Jeffrey Carroll is set to play an even more important role on next year’s team. The 2017-2018 Cowboys have some serious talent set to arrive, and a lot of freshmen returning, but Carroll will be the elder statesman, with a chance to be one of the best players in both the Big 12 and the country.