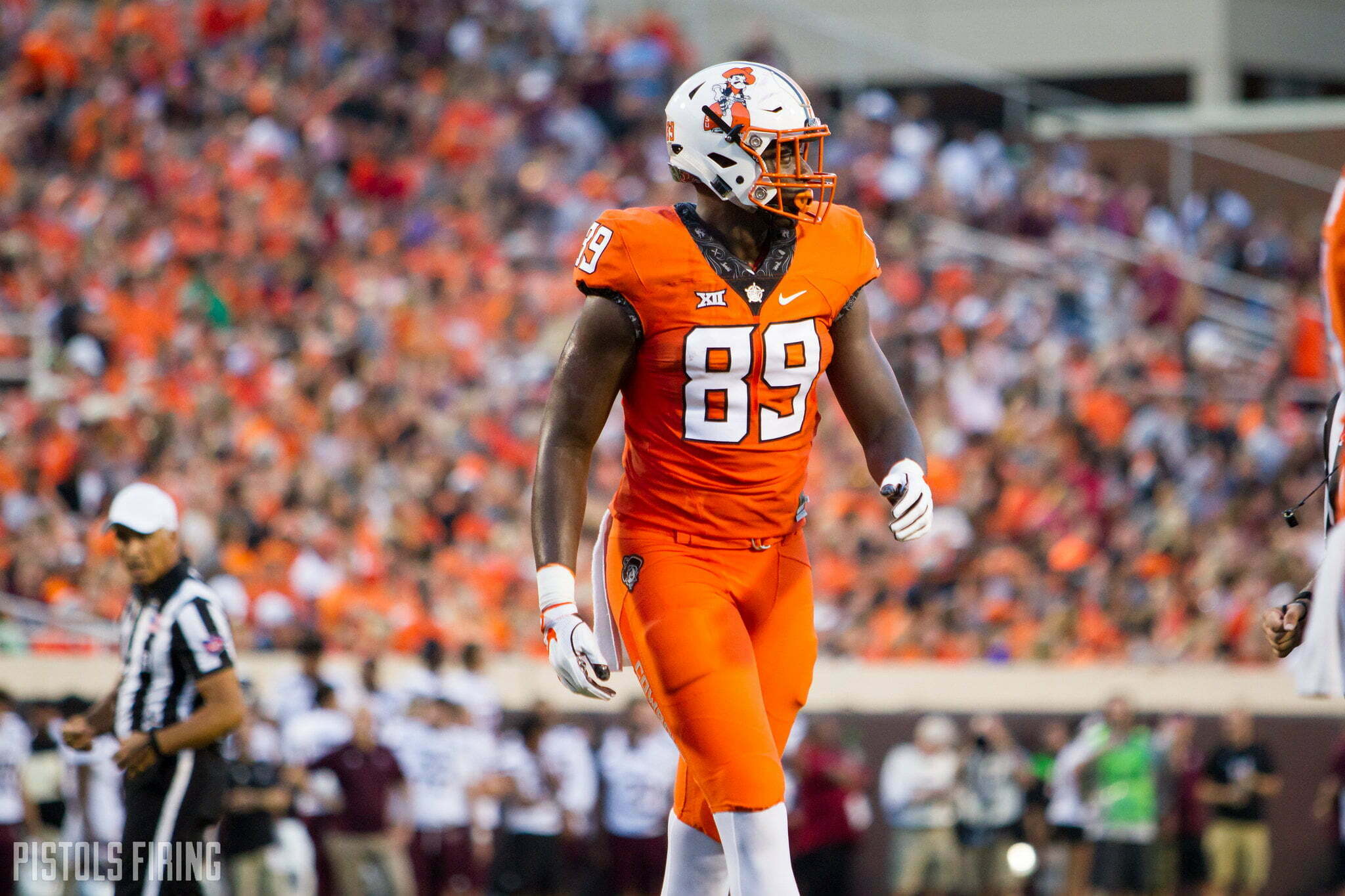 Former OSU quarterback-turned-tight end Jelani Woods, who transferred from the program only to have a career senior year with Virginia and was drafted by the Colts earlier this year, continued his stunning ascension Sunday with a two-tuddy performance against the juggernaut Chiefs.

Woods caught two of his three targets in Indy’s 20-17 victory, with both going for scores while adding 13 total yards receiving. The second on the day was a go-ahead score with under 30 seconds left.

Rewind here a bit. Here was his first official NFL reception. It went for a score thrown by Matt Ryan, the former MVP winner who is in his first season in Indy.

“Jelani Woods, welcome to the NFL!” he said.

“I just want to say this was a good team win, we stayed together the whole time,” Woods said, capitulating to chants that he give a locker room speech.

Woods, a 6-foot-7 tight end, initially signed with OSU as a quarterback before converting to tight end at OSU. He had 31 receptions for 361 yards and four scores at OSU before exploding at Virginia last season for 44 receptions, 598 yards receiving and eight scores.