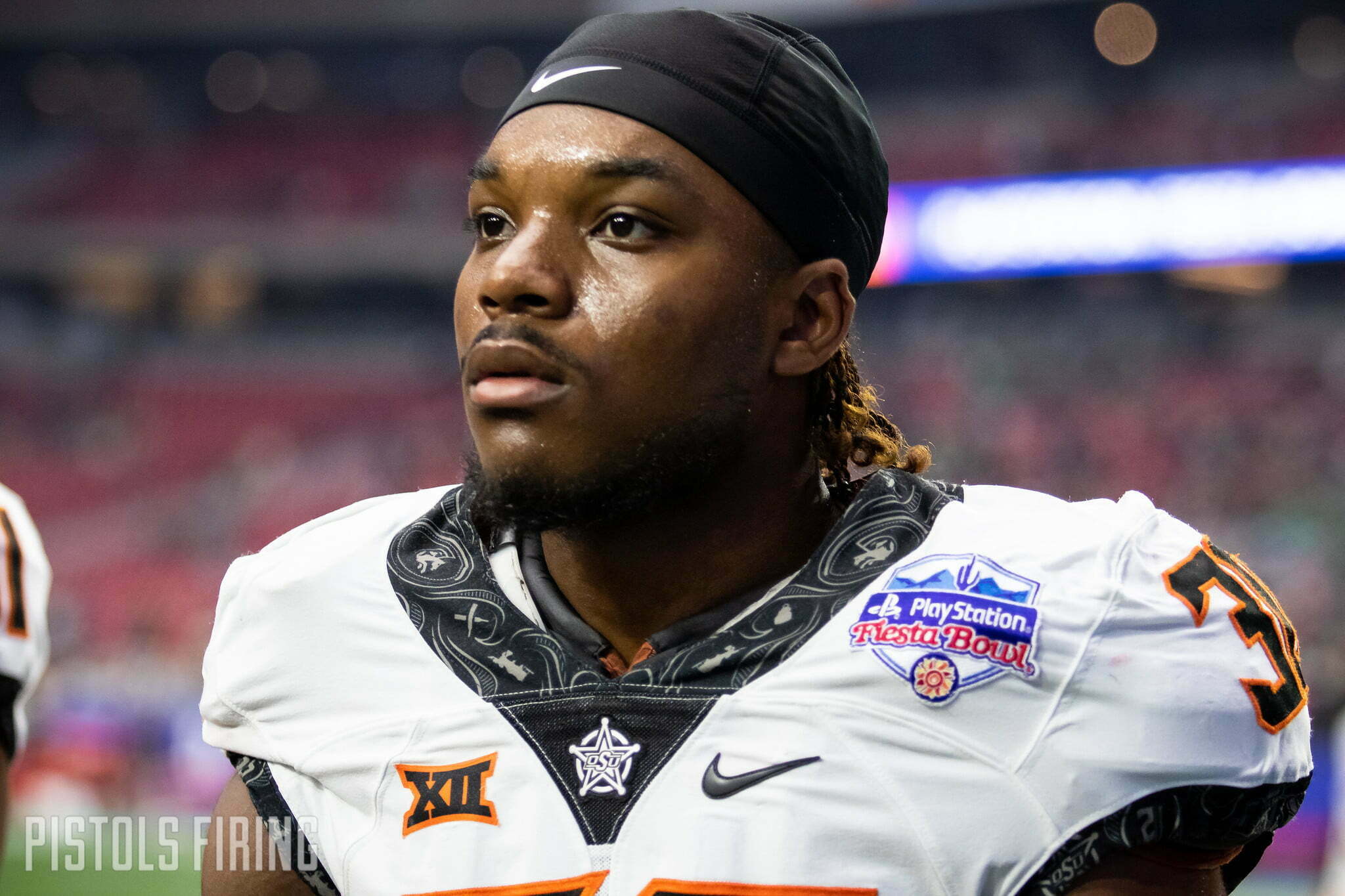 Collin Oliver was a special player for the Cowboys this season, but his position coach said it’s more than the game-icing sacks that make Oliver easy to cheer for.

Oliver was named the FWAA’s Most Inspirational Freshman on Monday, as well as being named to the FWAA’s Freshman All-American Team. During the FWAA’s award show, Oklahoma State defensive line coach Joe Bob Clements heaped high praise on the Cowboys’ leading sack-getter, saying Oliver’s character stands out more than even his excellent football abilities.

“By the time he ended his sophomore season of high school, I had a pretty good idea that he had a chance to be a very quality football player,” Clements said. “By the time we signed him as a senior, and some of his recruiting got disrupted with COVID, etc., but by the time he signed with Oklahoma State as a senior, I was most amazed with just how quality of a young man he was. He was very mature for his age.”

The Cowboys led the country in sacks with 57. And Oliver led the Cowboys in sacks with 11.5. That’s the seventh-most any Cowboy has had in school history, and Oliver did it as a true freshman. The great Leslie O’Neal’s sophomore season is in sixth place with 12 sacks.

The most memorable play of Oliver’s freshman campaign, a play that’ll be hard to top no matter how many more games he plays, came in Bedlam when he sacked OU quarterback Caleb Williams on fourth down to ice the game. It was one of two sacks the Oklahoman had in his first Bedlam.

OSU coach Mike Gundy has a rule year first-year players aren’t allowed to talk with the media, a rule Gundy waived ahead of the Fiesta Bowl. Oliver answered questions again Monday night after Clements introduced him, but because of his limited mic time as a college athlete to this point, the masses know much more about Oliver the football player than Oliver the person. According the Clements, OSU has a young star it can be proud of on and off the field.

“But really, all of that [on-field success] is just a minor detail to the type of person he is,” Clements said. “The game of football is gonna take them a long ways, but his character and his work ethic and the type of young man he is is going to take him a lot further. He’s gonna have success. He’s gonna have continued success from Oklahoma State and beyond playing the game of football. But in life, his character is going to take him a long ways. I’m just so proud to be to be a small part of it, and I’m gonna enjoy watching him continue to succeed.”