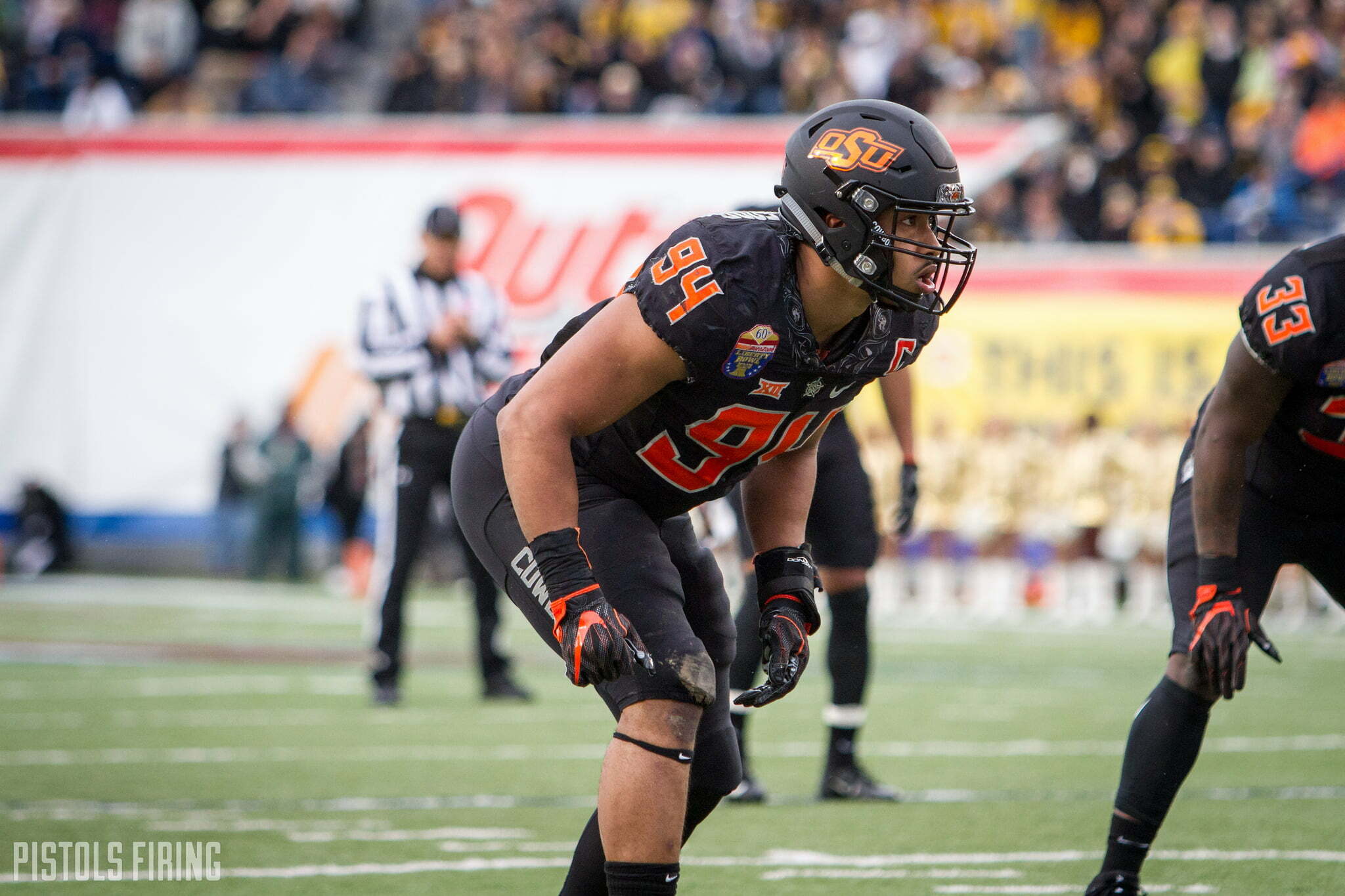 Jordan Brailford has joined his former teammate Taylor Cornelius in accepting an invite to play in the East-West Shrine Game that takes place this upcoming Saturday. Both Brailford and Cornelius will represent the East team.

NFL.com draft analyst Chad Reuter tabbed Brailford as one of 10 intriguing prospects to watch during the exhibition.

Though he was a junior in terms of eligibility when he left OSU, Brailford was a fifth-year player due to two redshirt seasons. He played all over the field for the Cowboys in 2018, lining up at both ends and all three linebacker positions. Brailford’s best spot is as a pass rusher, which is always in short supply come the second or third round of the draft. A strong week using his length and consistent motor to attack quarterbacks off the edge in St. Pete will cement his stock as a worthy second-tier prospect. [NFL.com]

Brailford finished second in the Big 12 with nine sacks and his 0.69 average per game led the league. He recently signed with DEC Management which also represent his former fellow OSU lineman Vincent Taylor.

The game, which kicks at 2 p.m. Central in St. Petersburg, Florida will be televised on the NFL Network. Last year’s Shrine Gamee included a trio of Cowboys in Tre Flowers, Brad Lundblade and Zachary Crabtree who all found their way onto an NFL roster in 2018.