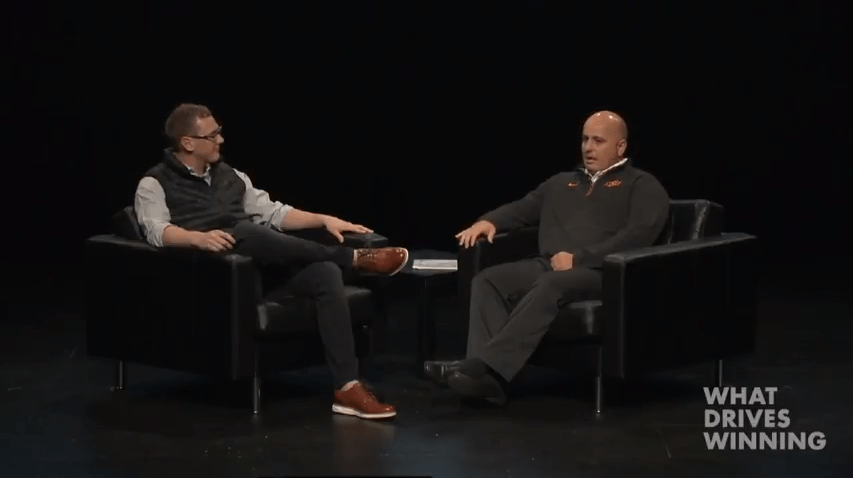 If you don’t know about the book and conference series “What Drives Winning”, you should.

It’s a series of one-on-one interviews and conversations with the author of the book “What Drives Winning,” Brett Ledbetter. The conference was started by Ledbetter and Florida soccer coach Becky Burleigh. In it, prominent professional and collegiate coaches discuss a variety of coaching and character building philosophies that they follow.

Ledbetter has previously spoken with other Oklahoma State coaches including John Smith, Mike Gundy, and Rob Glass, as well as other coaches in Oklahoma like Sherri Coale and Billy Donovan. Gundy is also speaking again this year, something I’m looking forward to watching.

In some of the latest videos from the 2017 series, Ledbetter sits down to talk with Oklahoma State baseball head coach Josh Holliday and how his character development program called the “Cowboy Code” helped OSU reach the World Series.

“We looked at the three areas of life that every single day we have to answer to; we’re students every day when we wake up,” said Holliday. “We’re a baseball team, we’re baseball players when we get to the field, and we’re people. We have a place on our campus, in our locker room, at our dorm, at our apartment, in our society that we want them to constantly challenge them to grow.” 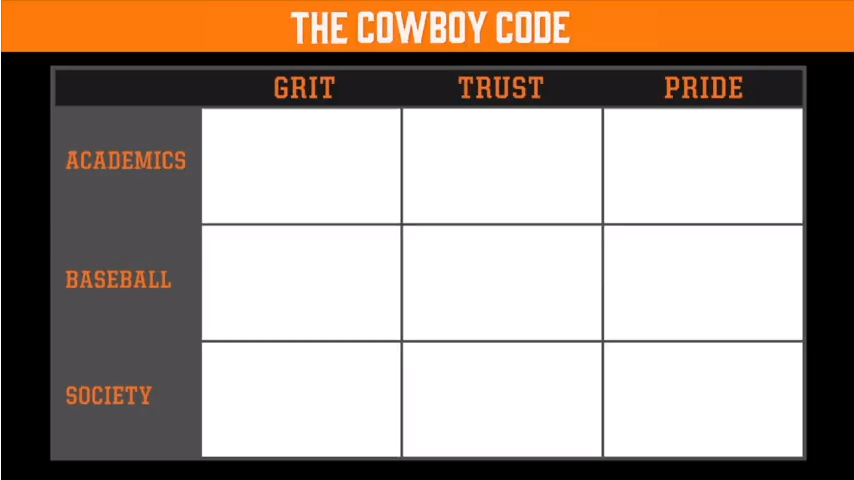 From there, the team each year fills in the white boxes on their own. 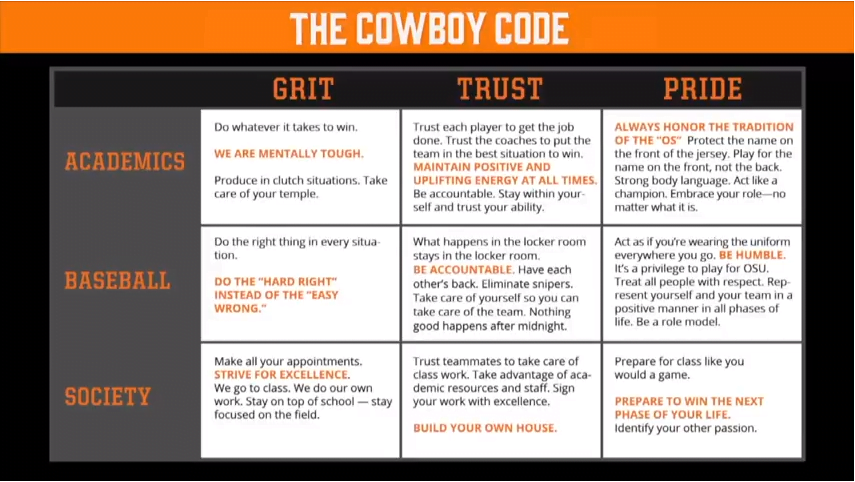 Holliday says “It’s amazing what the kids were capable of when you hand over to them the creative ability to listen, to talk, and them to form their thoughts. And what comes out of it year in and year out continues to amaze me.”

A number of former players responded to the video link being posted on twitter, raving about it and Holliday’s influence on them.

A must watch! This man creates something special and impacts so many people's lives! https://t.co/yWLRjl0lbh

Things that I learned playing for this man and still carry with me to this day! It's a lifestyle! #P4L #CowboyBaseball https://t.co/KYPkgbim1g

In the interview, Holiday also talks about the theme for that World Series team; JUICE and what the acronym stands for, as well as why you don’t mess with happy.

If you have 7 minutes today, watch the full interview. It’s a great insight not only into the Oklahoma State baseball program, but the mind of Josh Holiday.