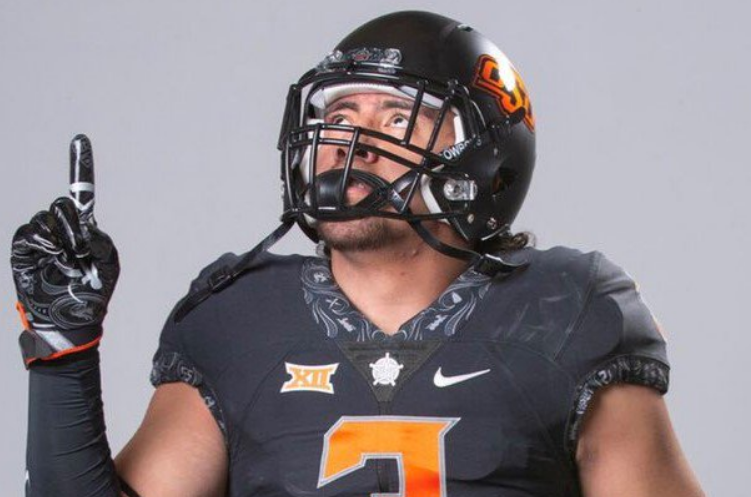 Fonua had just wrapped up a visit to Baton Rouge this weekend, after visiting Stillwater a week prior. Along with Oklahoma State, Nebraska and UCF were also in the mix for the Mesa C.C. product, with the Cornhuskers and Cowboys looking to be neck-and-neck as the front-runners to land Fonua.

Fonua was originally scheduled to wrap up his visits with a trip to KU this weekend However, he tweeted out on January 21 that he would be traveling to visit LSU in lieu of his trip to Lawrence. The Tigers made a late push to land the JUCO defensive end and it ended up working out for them.

With the Pokes losing a lot of production at defensive end, Fonua would have been a solid addition as he has the experience and skill to garner immediate playing time at OSU. The Cowboys went after Fonua hard late in the process, with Mike Gundy paying a visit to the Utah native shortly before Fonua left for his LSU visit, but even an in-person visit from the head man himself couldn’t lock down the talented DE.

With Fonua out of the picture, the Pokes still have one scholarship remaining in the 2019 class. I would expect them to still try to land a defensive linemen, preferably an end, but they could use added depth at tackle as well. I wrote about some potential graduate transfer prospects the Cowboys could purse, and earlier today Go Pokes wrote about some other possible options for Oklahoma State.

If the Cowboys don’t get an experienced lineman, they might look to flip K-State commit Gavin Potter, who didn’t sign during the early signing period and recently picked up an offer from OSU.

Hopefully Gundy and Co. can find someone who can come in and make an immediate impact in the interior of their defense.