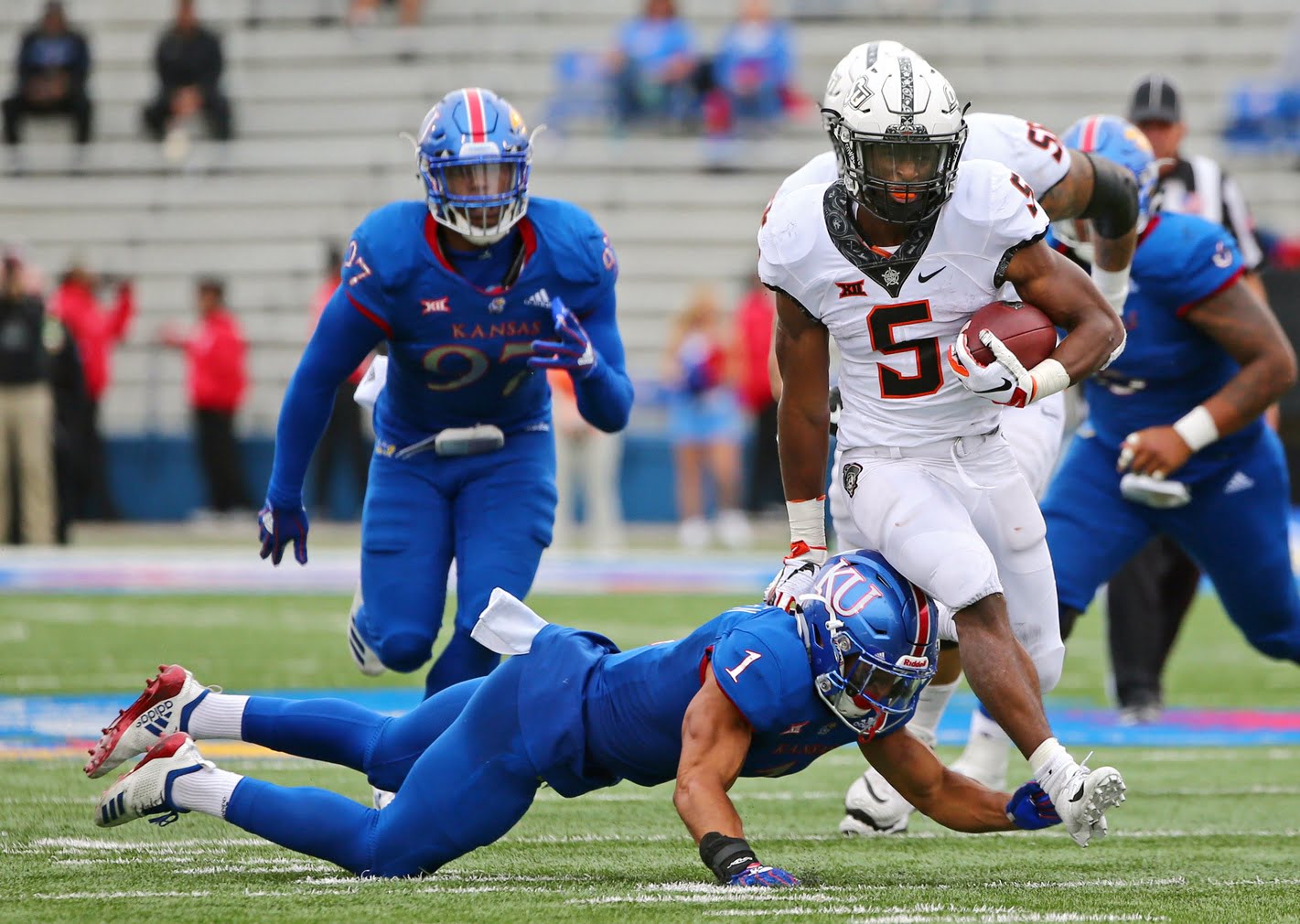 Before the season Mike Gundy said he wanted to limit Justice Hill’s touches to about 15 a game, and before Saturday, he accomplished that. On Saturday, though, that all went out the window.

In Oklahoma State’s 48-28 victory against Kansas on Saturday in Lawrence, Hill ran the ball 31 times for 189 yards and a touchdown. Hill was downright untackleable at times, often making a defender miss in the backfield and ripping off a 10-yard run.

Hill surpassed 3,000 career rushing yards Saturday and is at 3,186. That puts him eighth on OSU’s all-time list. Tatum Bell is the next spot above him with 3,409 yards.

At halftime, Hill had 18 carries, more than he had in any of the Cowboys first four games.

It was Hill’s fourth 30-carry game of his career and the second most amount of carries he’s had in a game. The most came against Texas last season, where he had 33 carries.

It was the most yards he’s had in a game since Bedlam last season, where he rushed for 228 yards.

Hill hobbled off the field late in the third quarter after taking a helmet to the thigh, but he returned in the fourth quarter and carried the ball seven more times for 37 yards.

Hill’s high work load somewhat limited his backups J.D. King and Chuba Hubbard. King had only three carries and two yards. Hubbard did about all he could with his five carries, running for 57 yards and a touchdown. He also had a fun hurdle.