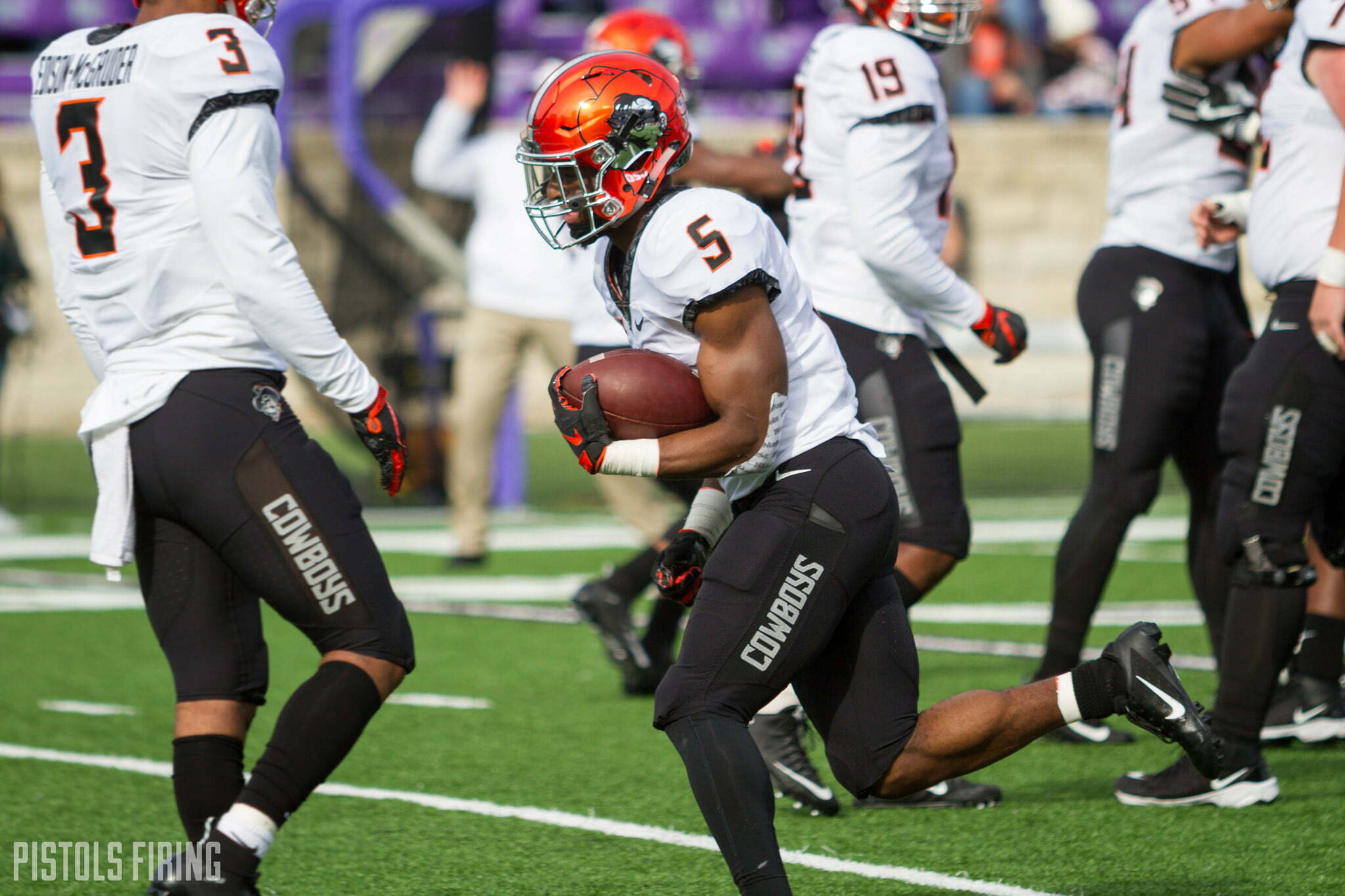 The expected became the official Monday, as junior running back Justice Hill announced he would forego OSU’s bowl game — along with his senior season — to enter the 2019 NFL Draft.

In a vacuum, Hill’s departure is a big blow. But suction aside, his decision was one OSU has been actively preparing for. Hill has been on track to graduate in December for well over a year, and OSU’s recruiting focus and game plan at the position has largely reflected that.

However, J.D. King’s recent (and somewhat surprising) transfer back to his home state — coupled with a lack of success recruiting the position in 2019 — now may ramp up the urgency to not only grab a running back in the current recruiting cycle, but also to grab one who could potentially make an immediate impact.

Whoever OSU nabs will almost certainly get a shot to play meaningful minutes as a newbie next season.

As things stand now OSU has just three scholarship running backs as we look ahead to 2019: Chuba Hubbard, LD Brown and Jahmyl Jeter, the latter of which is redshirting and has yet to play this season. Mbari Snoddy, Miguel Fulgencio and Ryan Haymaker are all talented walk-ons who could be used in case of emergency.

And so lies the conundrum OSU finds itself in at the position. Last cycle, Jeter was a good find, but the Pokes missed on Lyn-J Dixon, Craig Williams and Keaontay Ingram, among others. At the time things were gravy — King was looking like a potential future RB1, Chuba’s practice performances were drawing praise, and the Justice era wasn’t ending anytime soon. A one-man class was fine.

But now two of those three aforementioned talents are out the door and the incoming crop for 2019 is still in question.

The Pokes are still squarely in the mix for four-star tailback Deondrick Glass and continue to try their luck at flipping TCU pledge Darwin Barlow, but neither commitment appears imminent — Glass says he’s favoring Alabama, and Barlow hasn’t budged from his Horned Frogs commitment.

It’s likely OSU takes at least one, maybe two, running backs in 2019 with all that’s transpired over the last month. Glass and Barlow are wish-list items Nos. 1 and 2.

The way things have unfolded of late, whoever OSU brings in must be able to contribute soon — if not immediately — to avoid a suction of talent in the entire running back vacuum for the foreseeable future. The nightmare scenario, if there is one, is landing little to nothing in this 2019 class, Chuba Hubbard leaving after his redshirt sophomore season and OSU being stuck in 2020. That probably won’t happen, but it’s at least on the table with this Justice news and it means signing a future back who produces in a big way just became priority No. 1 (and No. 2 and No. 3).