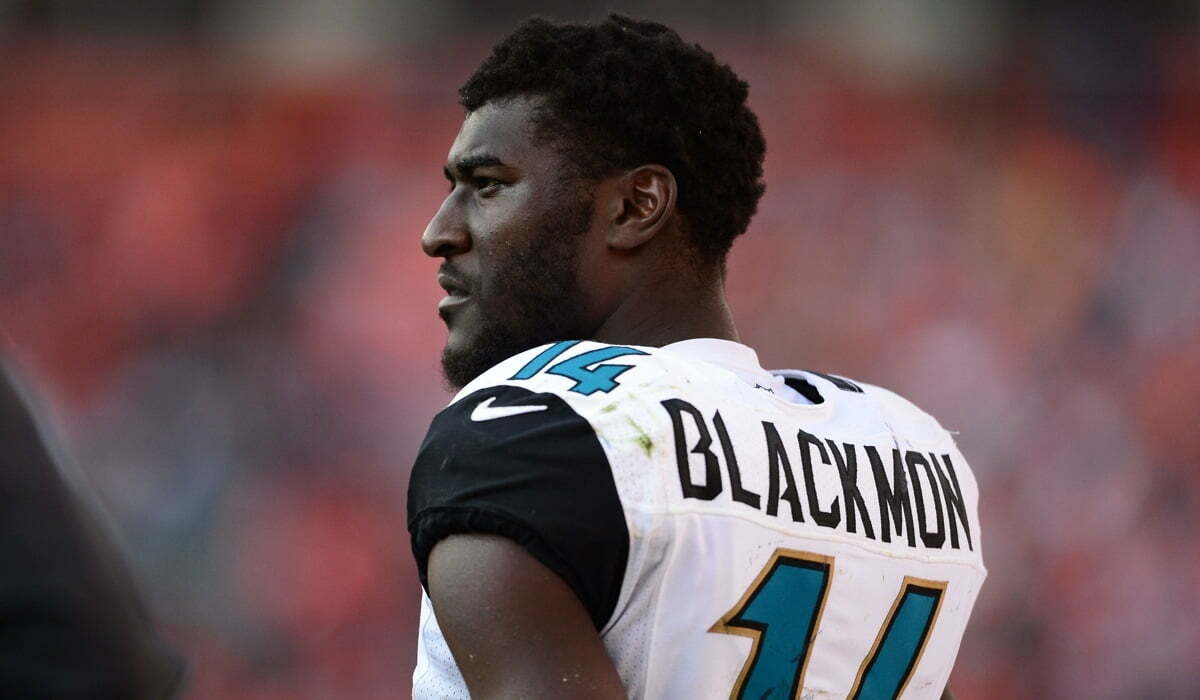 I’ve spent an inordinate amount of time in the last week thinking about Justin Blackmon and Joe Mixon and Ray Rice and everything that’s transpired over the last few weeks.

That’s partly because I’m in Colorado and I don’t have much else to do outside of fly fishing and reading but it’s also partly because of how much I’ve been bothered by everything that’s happened.

You know all three stories, I need not recount them for you. But it’s not what these three guys have done that bothers me.

It’s our reaction to what they’ve done — the way it has affected us.

The consensus has been “well crap, [star athlete who committed a moral boo boo] can’t be my hero anymore, I better pick somebody else” which to me is just absolute madness because somebody you don’t know should have never been your hero to begin with.

We put Justin Blackmon on a pedestal because he was really good at football but also because he “did the right thing” and we thought he was a great dude because he did some stuff with Olivia, the girl on ESPN who had cancer and it made us cry.

Then he started getting trouble and we thought he wasn’t a nice guy and so we generally turned on him, he became a punch line.[1. I know that’s not universally the case but I bet the consensus is “I want him to get better but I don’t look up to him anymore.”]

My point is this: We don’t know these folks personally, we never have, and we never will.

We shouldn’t like Brandon Weeden (inasmuch as he’s put in a position for us to “like” him) because he seems like a great husband and a great dad or really anything outside of what he does on the football field.

These folks, Weeden and Blackmon and the rest, are characters on a stage — no more real to you than Walter White in Breaking Bad or Tim Riggins in Friday Night Lights.

Brandon Weeden might be the best dude on the planet but we’ll never know that for sure and we shouldn’t use his morality as a guide for deciding whether or not we’re fans of his.

That’s a fool’s errand — Tiger Woods and Lance Armstrong taught us that. Or at least I think that’s what we should have learned.

Does that mean there aren’t quality takeaways from the things some of these guys do in public? No. But the lionization of athletes we’ll never know on a personal level must stop.

I think the issue is deeper than sports, too.

Too often we’re so scared of investing in deep relationships on a personal level within our own lives that it’s easier to project our hopes and fears on these holographs we think we know and understand because then when they “let us down” we can easily discard them and move on to the next object of our affection.

Of course none of this means that the folks in your own lives who you have close relationships with will never let you down either, but at least that’s a real thing. At least it’s a two-way street. One that can be shared and cared for and cried over. That’s how all of this is supposed to work.

One of my least favorite things about social media and the way media has generally permeated our lives is that it gives people this false sense that they actually know the celebrities they look up to. The hysteria is real and it is not spectacular.

I mean, I struggle to know the ins and outs of my wife but yeah, you probably know everything there is to know about your favorite QB because you follow him on Twitter.

I wrote a couple of years ago about how Penn State could easily happen in Stillwater — that it’s a couple of bad Mike Gundy decisions away from happening.

I still believe in that pretty deeply.

Maybe all of this means I shouldn’t be a sportswriter and maybe this is the most scalding hot take of all time and maybe I shouldn’t follow sports at all but I also think there’s an alternative to the destructive way we consume our sports and these people in the United States in 2014.

Like I said earlier, these athletes, these dudes who run around on a big green field for 60 minutes or a small, wooden court for 40 are essentially fictional characters to each of us.

They all have families and friends and people who are meaningful to them but we are not those people. Our relationships with them are platonic (that is the second definition of platonic: “confined to words, theories, or ideals, and not leading to practical action”).

The great part about sports, though, is that in contrast to the other fiction we consume (in books and movies) we get to share this experience with 60,000 or so of our closest friends in a loud, boisterous way.

That’s great fun and terrific theater — nothing more, nothing less.

The characters are grand, too.

We love showmen and that’s why Johnny Football and LeBron and Tiger are our favorite athletes. They’re showmen, they understand (most of them, anyway) on a fundamental level that none of this is real life and that they’re there to perform on the largest stages we can build for them.

Where this goes awry is when we try and transfer the traits these guys display on the field or the court (we call them “courage” and “discipline”) off of it, as well. Just because Justin Blackmon is a disciplined route-runner doesn’t mean he’s a disciplined human being.

And this isn’t me dismissing Blackmon as a waste of a human. There’s no grace in that and I would be a fool to think that his actions are any better or worse than mine simply because they play out in public.

But I don’t want to have to teach my kids that now they need somebody new to look up to when they read about Justin Blackmon getting arrested for smoking weed because I don’t want them to have looked up to somebody they don’t even know in the first place.