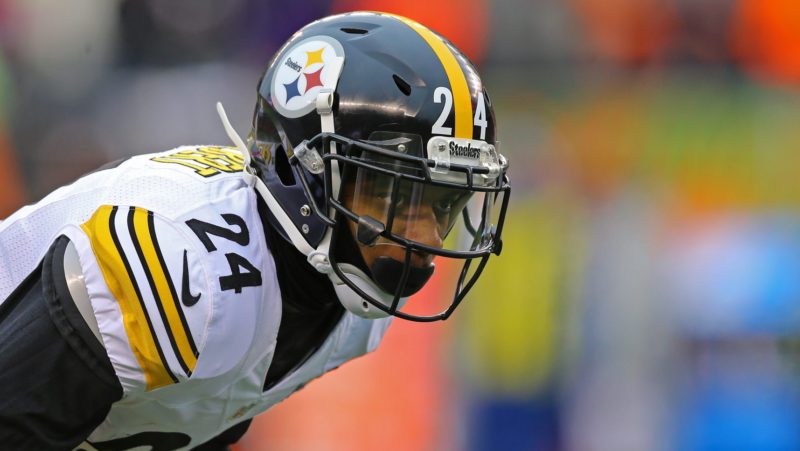 Justin Gilbert has not had the career most OSU fans expected. After being taken in the eighth overall spot in the 2014 NFL Draft, his first two years in Cleveland were less than impressive. The Browns eventually traded the former All-American corner to the Pittsburgh Steelers for a future sixth-round draft pick.

While Gilbert hasn’t exactly blown us away in Pittsburgh — he’s accounted for three combined tackles this season — he does have a chance to make an impact in the Steelers’ Divisional playoff game against the Kansas City Chiefs on Sunday.

“He’s a match-up issue,” said Tomlin. “Too athletic for linebackers, too big and strong often times for secondary people. It’s probably going to require a combination of both. That and some zone coverages and so forth to work to minimize his impact on the game as always. It’s no different than our approach in October.

“October we utilized Justin Gilbert to cover him some on possession downs. We may do that again, we may not, we may add to it. It’s just acknowledging a guy of his talents is part of the preparation process in terms of putting together a game-plan.”

When the Steelers beat the Chiefs in Pittsburgh on October 2, Gilbert was used successfully on Kelce in the red zone, keeping the NFL’s leading receiver at the tight end position out of the end zone.

Gilbert spoke about the matchup earlier this week with the Pittsburgh Tribune.

“In my head what I kept telling myself was, ‘He’s still a tight end,’” Gilbert said. “Me being a cornerback and him being a tight end, I should be able to cover him and run with him all day, even though he is as good as he is.”

Gilbert’s first three years in the NFL may have not gone as he would have liked but a good showing on a big stage like this Sunday can help to turn around perceptions. Hopefully for Gilbert he can make a splash.