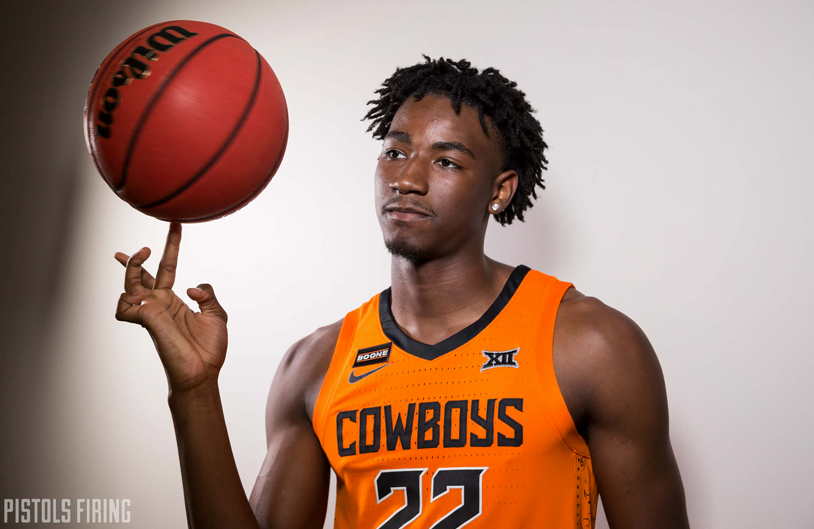 After losing big men Yor Anei and Hidde Roessink in consecutive days to the transfer portal, OSU got some good news Wednesday as rising sophomore Kalib Boone, Chris Harris Jr. and Avery Anderson affirmed their commitment to the program.

Their status’ (along with every current player and incoming recruit) were in question because of the postseason ban OSU is set to serve this upcoming season. The three, however, shared a graphic expressing where their loyalties lie.

“Being loyal to your family is the greatest virtue you can have,” said Kalib. “These coaches taught me more about being a man than a basketball player.”

Harris Jr. said, “When it comes to me LOYALTY means everything. Me and Coach B’s relationship is way past coach and athlete. He has always stayed loyal to me so my loyalty lies with him.”

“My parents taught me at a young age: always stay true to the course,” Anderson wrote. “Whether everything is going good or going bad, never change up — just work harder. So that’s what I’m going to do, and that’s staying at Oklahoma State.”

Harris, Boone and Anderson are just the latest to affirm their commitment to OSU, which comes on the heels of Isaac Likekele doing the same earlier this week. Incoming recruits Rondel Walker, Donovan Williams and Ferron Flavors have also done the same, though Cade Cunningham and Matthew-Alexander Moncrieffe have not announced their intentions one way or another yet.