Kamari Murphy sent a tweet Herschel Sims would have been proud of after OSU’s bout with WVU on Saturday, here’s a screenshot below. 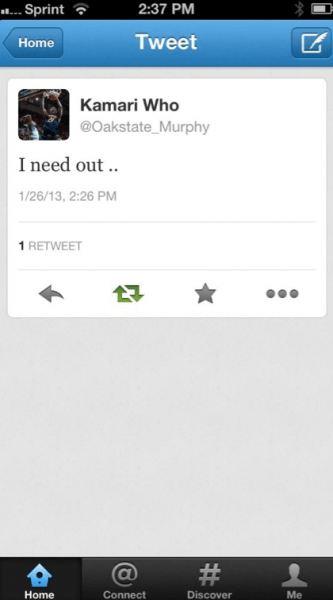 He covered his tracks later by deleting the tweet and issuing this semi-apology:

Well if it didn’t have to do with basketball then why’d you delete it?

No, it did have to do with basketball and most likely it had to do with Murphy’s playing time.

Consider the chart below from StatSheet.com: 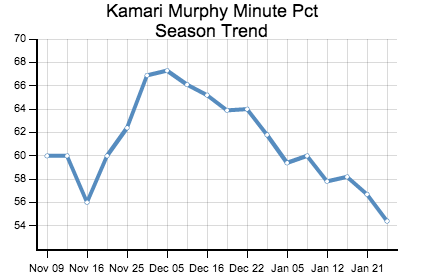 Since Mike Cobbins has returned, Murphy’s minutes have plummeted.

This is a classic case of expectations though. Tell any middling high school recruit they’d be getting 15+ minutes for a good Big 12 team in the middle of a conference race and I guarantee you they’d be fired up.

But play that freshman 30+ minutes early in the season against good teams (albeit on account of the Cobbins injury) and then take away their minutes when conference starts and we have issues.

It’s unfortunate too because I like Murphy’s game a lot — he’ll take his lumps as a frosh, as most freshmen do, and be a viable contributor for four years here.

Unless he “gets out.”