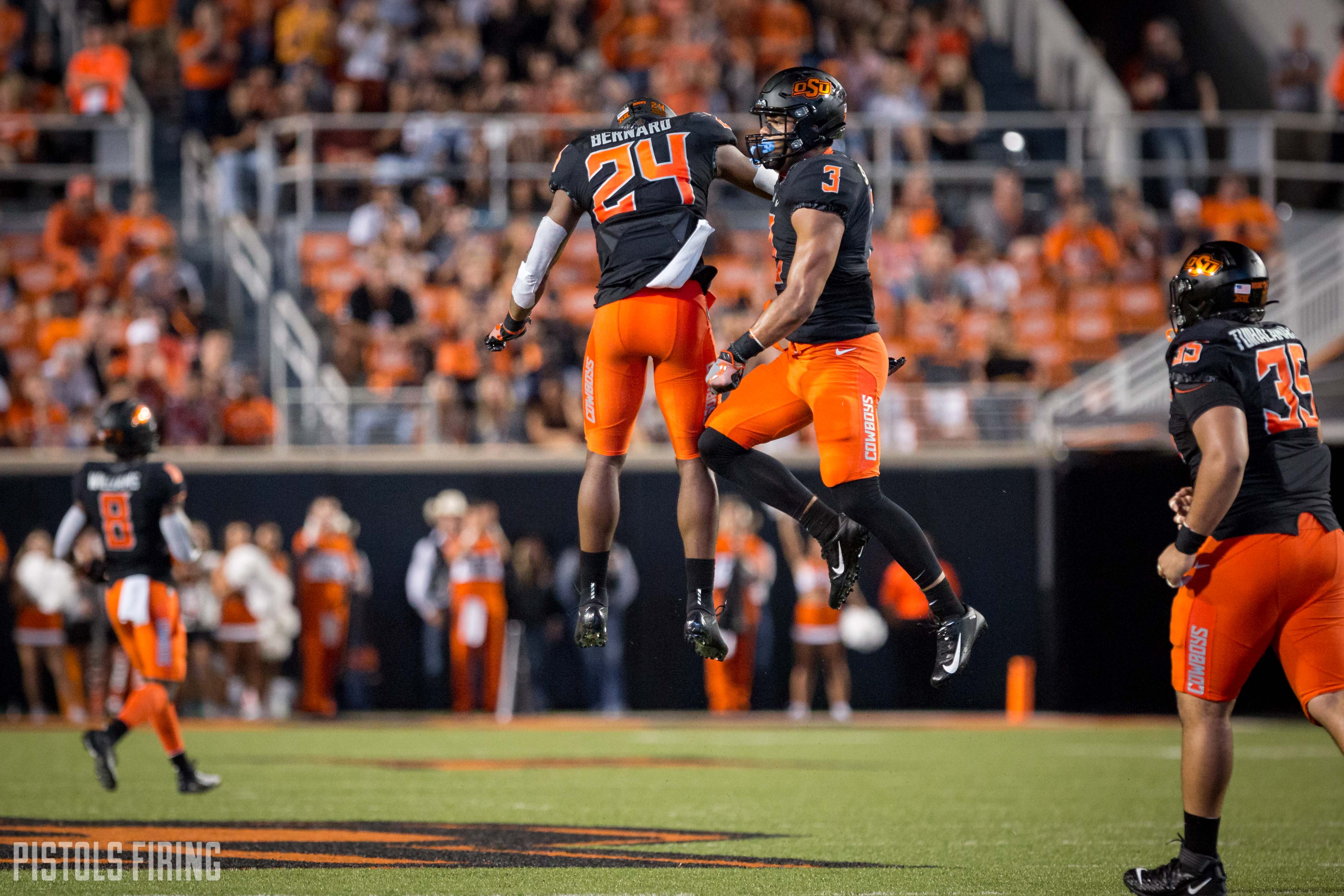 The Cowboys were able to right the ship on Saturday night taking down the previously unbeaten Wildcats 26-13. While missed opportunities continue to be a trend for its offense, OSU’s defense was solid throughout. Oh yeah, and Chuba went off … again.

As we put a bow on K-State and looked forward to Texas Tech, let’s debrief on the Cowboys’ first Big 12 win of 2019.

The Short Story (With Some Interesting Numbers)

OSU’s defense faced a Kansas State team that was averaging its highest three-game scoring output (44 points per game) in eight years, and basically shut it down. K-State’s 13 points scored were the fewest for the Wildcats against OSU in 27 years.

The impressive numbers don’t stop there for the OSU defense.

• Only eight first downs allowed. That’s the lowest number a Cowboy defense has allowed since Savannah State in 2012. The fewest first downs ever allowed was four to Baylor back in 1999.

• The 1 of 13 third down conversions allowed (7.7 percent) is the lowest that I could find searching back to 2009 (as far back as that info is readily available).

• The 90.9 passer rating Skylar Thompson was held to is a season-best for the defense and the lowest by K-State, as a team, in the series since 2010 when Carson Coffman and running back Daniel Thomas (because, of course) shared passing duties and turned in a 89.4 rating.

On the flip side, OSU’s offense continued its struggles in the red zone and Spencer Sanders turned in his worst statistical outing to date. Fortunately, Chuba Hubbard played out of his mind and basically buoyed the Pokes offense from start to finish.

Who Earned a Brand Sticker?

There is no on else. Chuba chewed up 296 yards of BPS turf — the highest rushing total against a ranked team in OSU history and the sixth-best game of all time at OSU. He is, by a considerable margin, the nation’s leading rusher and looks poised to put up an historic season.

And the Heisman buzz is officially real.

Can we get a little Heisman hype for Chuba Hubbard??

The sophomore safety is still learning the ropes as starter but he was all over the place on Saturday night. He led the Cowboys with seven tackles (six solo) and added a pass breakup and a QB hurry.

According to Gundy, he’s been one of his more improved defenders.

“He’s made a big change from last year to this year,” said Gundy on Saturday. “Sometimes we see men that are just there and a year later they decide football is important to them and they play much better. He falls into that category. He’s been a reliable player for us.”

Red zone solutions? The Cowboys continued to struggle in the score zone, settling for 3 points on four of five trips inside the 20. That, simply, won’t do against the OUs and Texas’ (seen that episode) and possibly even Texas Techs of the world. Can Gleeson and Co. make strides on that front before next week?

Can Spencer settle down? Probably not and maybe that’s okay. What I mean is that Sanders is a gunslinger. He was born a gunslinger. He will always be a gunslinger, and I love it. This needs to be, and should be, tempered by experience but I wouldn’t want to wish away that fight in my QB1.

Play(s) of the Game

Chuba broke the Wildcats’ back with this 84-yard touchdown that looked all too routine for the best running back in the country. (There, I said it.)