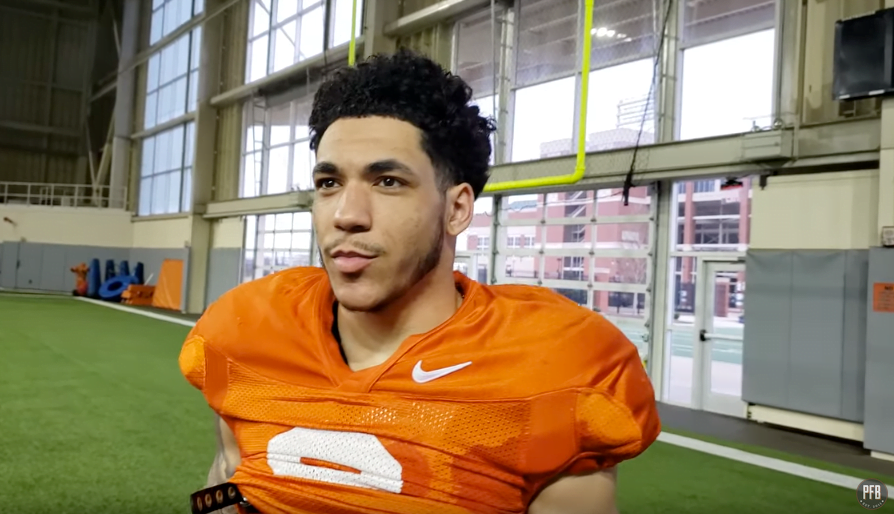 When my wife tells me I look like Wolverine, it usually means I need to either A) clip my fingernails, B) shave my facial hair or C) tone down my regenerative abilities. But when Kasey Dunn uses that descriptor about one of his receivers … look out.

At last week’s golf media outing, Dunn indeed did it. He compared redshirt sophomore Braydon Johnson to an action figure. As we sit and talk about C.J. Moore and Patrick McKaufman and Tylan Wallace and all the receivers set to make an impact, Dunn says to keep an eye out for Johnson.

“He’s big, he’s rocked up, he looks like a damn action figure,” Dunn said. “He’s fast as hell, looks like Wolverine out there playing wide receiver.”

Johnson redshirted in 2017 and played sparingly last year, amassing only two catches but showing off some speed and flash that popped on tape as a high school standout and earned him a shot at OSU. When he signed in 2017, he was a long-term investment out of Arlingtown Bowie, but paying his dues on the scout team, working with Rob Glass, and getting chiseled like the fit version of the Statue of Liberty has enabled him to thrust himself into the mix as a sleeper rotation player.

“His ball skills are much better than where they were,” said Dunn. “That was kind of the issue with him coming in. Is he going to make that tough catch for us? He’s catching everything right now. We’ll see. He had a really good spring, and he’s going to play.”

Johnson has the bad fortune of battling Dillon Stoner and Landon Wolf — two super solid players at their respective spot — to try and earn playing time. It could limit his production in 2019. But if anyone can bust down obstacles with force and break free from expectations, it’s gotta be the guy they call Wolverine, right?