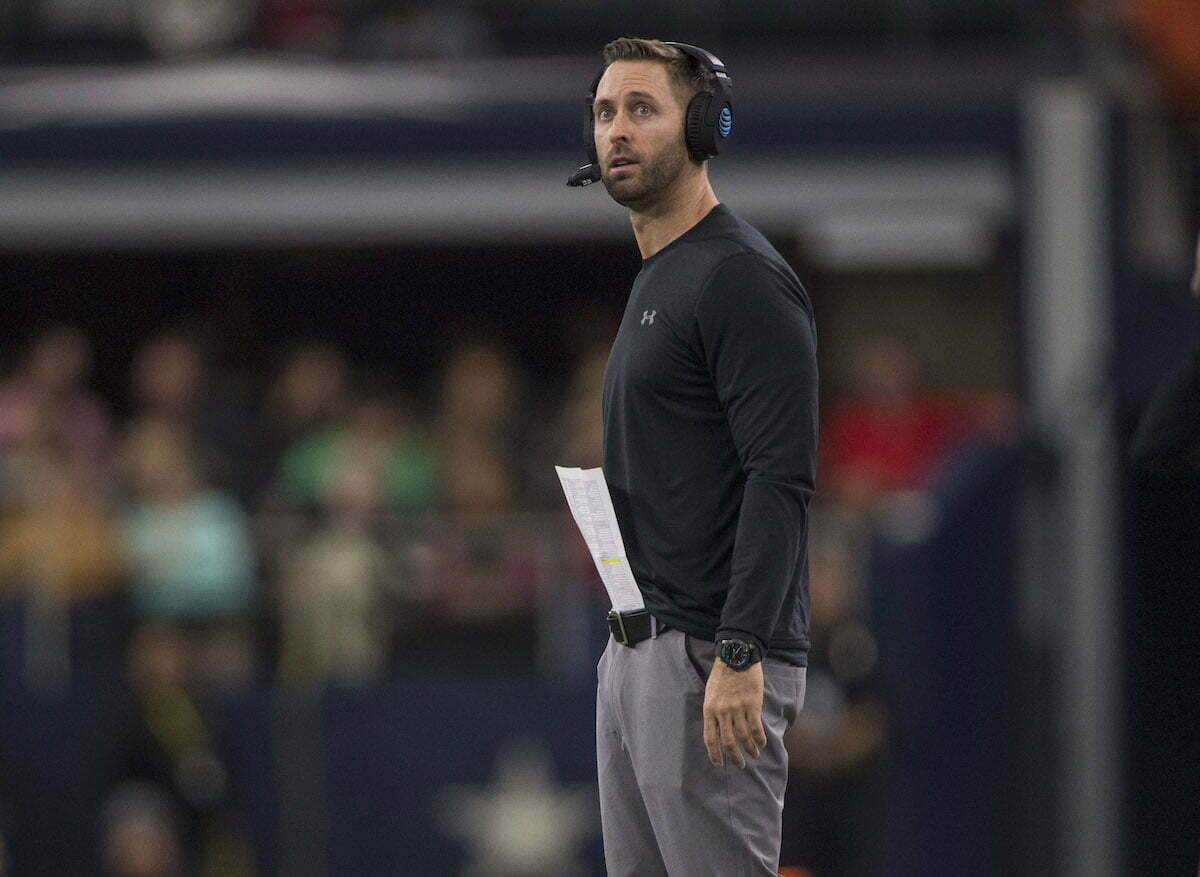 Southern California just got a major upgrade, it appears.

According to Ryan Abraham of of 247Sports, Kliff Kingsbury, the former Texas Tech head coach who was fired this past week, is headed to the west coast to run the Trojans’ offense in 2019 and perhaps beyond.

Abraham reports the two sides have agreed to a deal in principle.

Kingsbury was Texas Tech’s head coach for seven seasons, but his 35-40 record — including a 5-7 overall record in 2018 (that included for the first time in his tenure a win over OSU) wasn’t good enough to buy him more time.

Before Kingsbury took over at Tech, however — and even despite his firing — he is considered among the brilliant offensive minds in college football. He was the offensive coordinator at Houston and Texas A&M, including during the Manziel era, where he called consistently productive offenses.

Southern Cal could absolutely use a jolt of brilliance that Kingsbury should provide. The Trojans finished with a 5-7 record and AD Lynn Swann took major heat this week for keeping Clay Helton as their head coach despite the down year. Bringing Kingsbury in should help revamp an offense that, despite boasting as much talent as any in the Pac-12, ranked 83rd nationally.

If OSU loses Mike Yurcich to a head coaching job elsewhere this season — which seems possible after he’s already been tied to at least one gig — Kingsbury would have been at least among the candidates on the wish list to potentially succeed Yurcich.