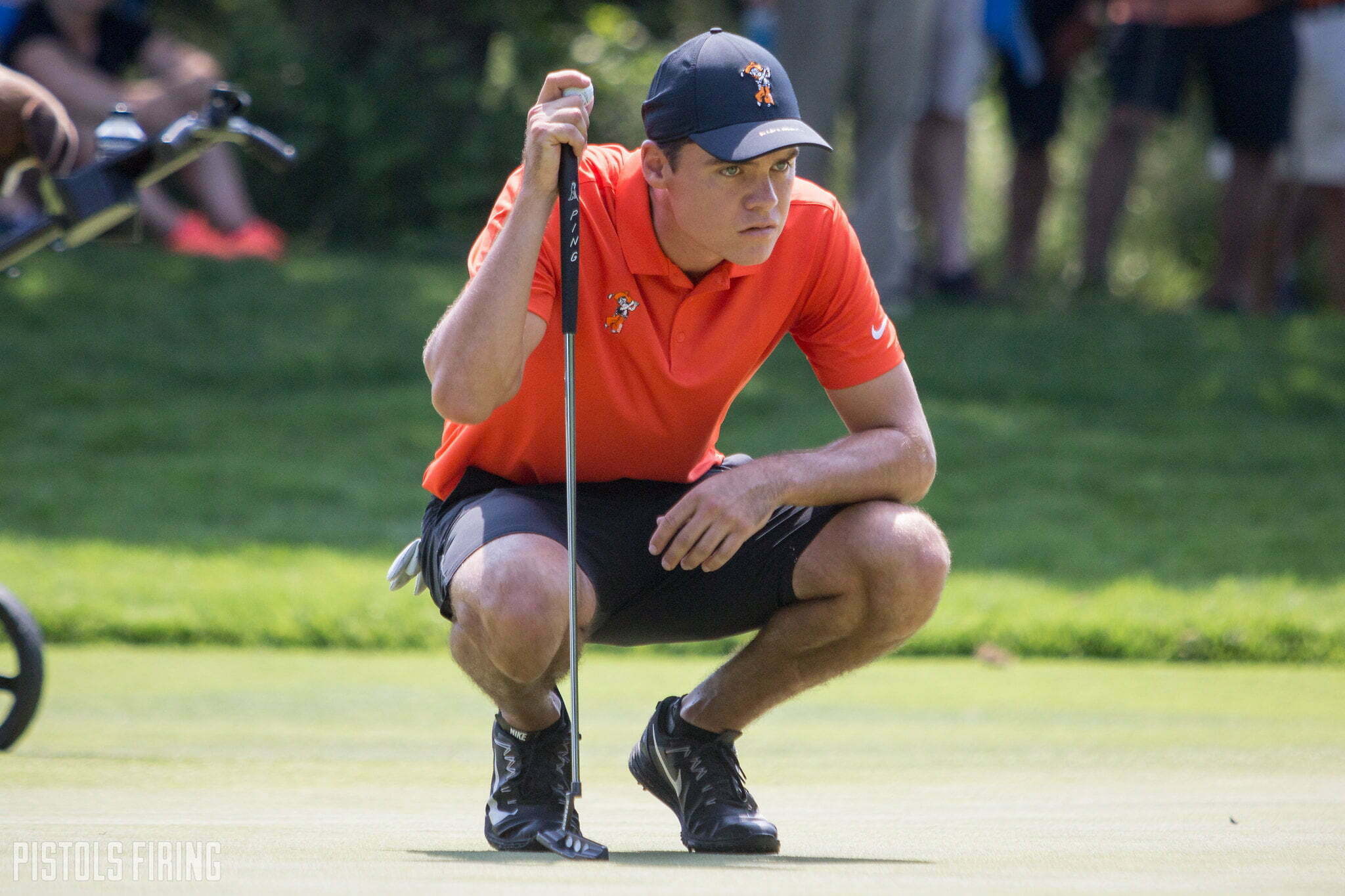 To be fair, Kristoffer Ventura has had far more runs at it than either Viktor Hovland or Matthew Wolff, but the former OSU Cowboy got his first pro victory in a playoff at the Utah Championship on Sunday on the Korn Ferry (formerly Web.com) Tour.

Ventura, who was the No. 3 or No. 4 or No. 5 guy (depending on the day) on OSU’s 2018 national championship team, has played much of his pro golf thus far on the Challenge Tour in Europe.

This was just his fifth start this year on the KFT (or KFC Tour, as I like to call it, a nod to Korn Ferry Consulting), but it likely earned him a PGA Tour card for 2019-20. The top 25 on the regular season points list on that tour earn their cards, and he’s currently No. 17 with just five events left.

It was anyone’s game Sunday @UTChampionship.

Another former Poke — Kevin Dougherty — finished T3 (his second-straight top-three finish) and was there to greet Ventura when it was all over.

Once a Cowboy, always a Cowboy.

Ventura shot a round-of-the-day 65 in the final round of the event to get into the playoff with Josh Creel, which he won with a par on the third playoff hole.

“Being on the PGA Tour has always been a dream of mine,” Ventura told reporters. “I’ve gotten a taste of it. It’s been my goal this whole time. Now I’m a little closer. But next week is a new week and I’m going to keep doing what I’m doing and trust the process.”

The win was an exclamation mark on a great day for former Pokes. Hovland shot a 64 at the Rocket Mortgage Classic in his second of potentially seven sponsor exemptions on the PGA Tour. He’s up to 62 FedEx Cup points, and while he has to do a LOT to earn his PGA Tour card for 2019-20, he doesn’t have to do that much to get to the Korn Ferry Tour Finals.

It will take approximately 80 points to make the top 200 in the FedExCup and qualify for the @kornferrytour Finals. Here's where some players stand:

Ventura was apparently inspired by his former teammate.

“Viktor played really well today, that was exciting to see,” he said. “Coach Bratton told me to get inspired by what Viktor did today and just go out there and have fun. That’s what I did, so I’m happy.”

Wolff didn’t make it to Sunday in his second straight event.