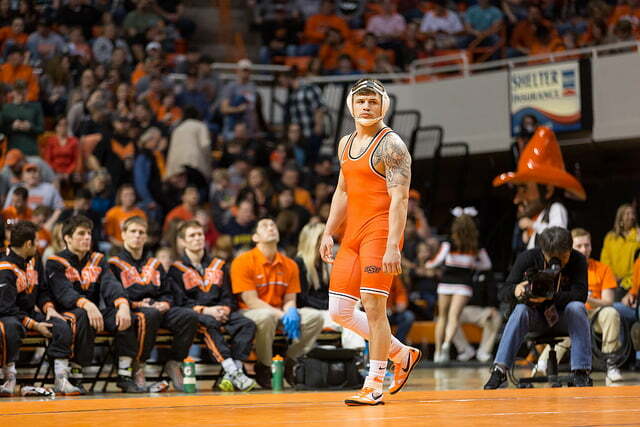 On Friday night, Kyle Crutchmer looked to shake off his only MMA loss in a matchup with undefeated Bellator fighter Levan Chokheli. Crutchmer entered the fight with a 6-1 record, taking on Chokheli who was 9-0.

Crutchmer, who took some criticism for not using his wrestling enough in his last fight, did not shy away from it here. He opened things up early with this takedown.

Much of the fight continued to mirror the first round as Crutchmer took Chokheli down with ease and mauled him from top for most of the fight. There was one brief moment where Chokheli looked as though he had a shot at a submission, but Crutchmer avoided it and continued to dominate from top.

The striking was fairly even in the fight, but the way Crutchmer was able to continually take down Chokheli gave him a dominant 30-27 unanimous decision.

The win moved Crutchmer to 7-1 in his MMA career.