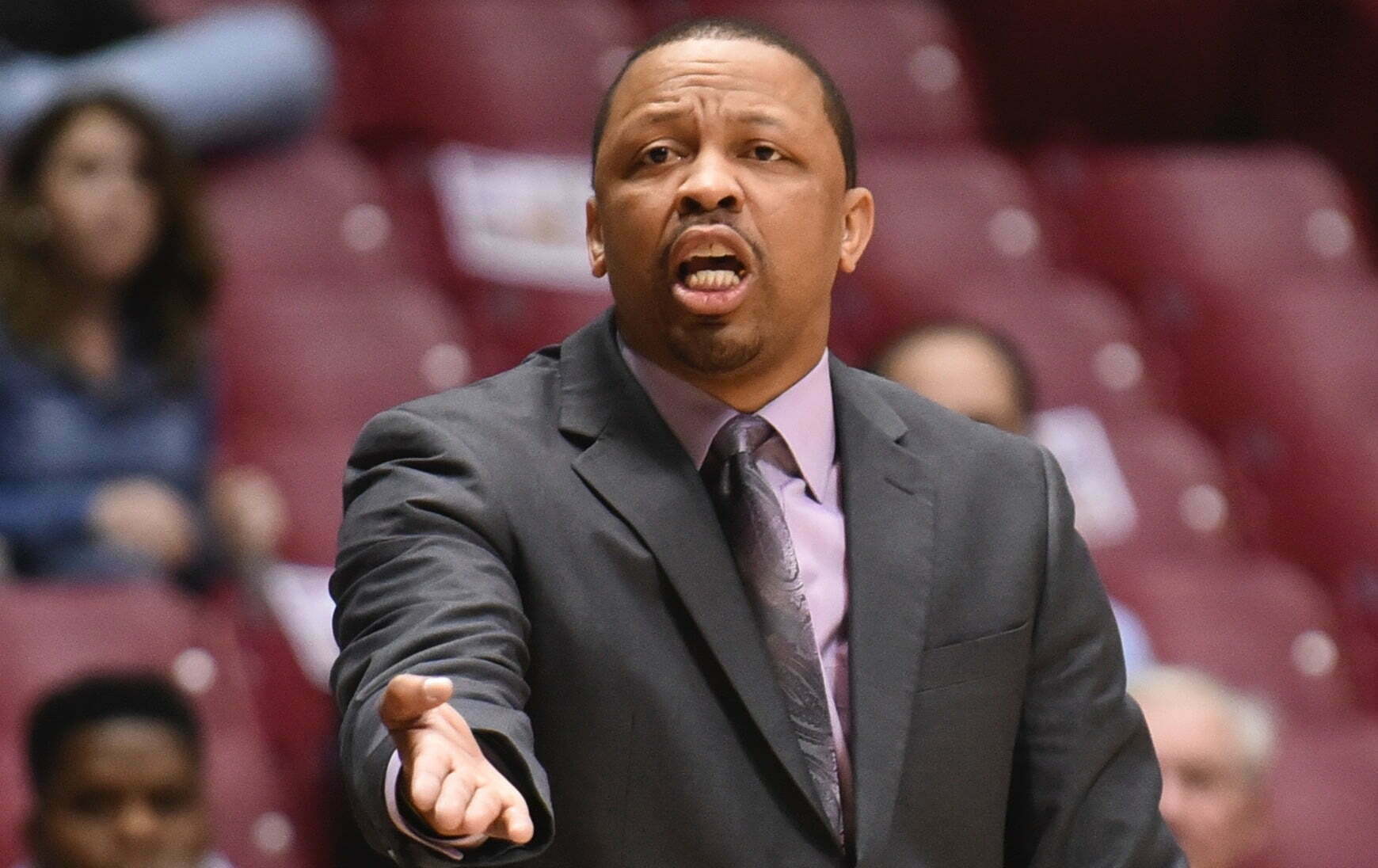 Mike Boynton Jr., by most accounts, crushed his introductory press conference yesterday. He preached hard work, his referred to his team as “family,” mentioned old Cowboy legends (but no Gottlieb), and having no interest in “good.” It was passionate, heartfelt, and honest.

There also came the announcement that Lamont Evans, a fellow assistant under Brad Underwood, would be sticking around as the new associate head coach. No other coaching staff announcements had been made, but retaining Lamont Evans is a massive start. Boynton Jr. said of his new associate coach:

“That’s my co-coach,” Boynton said. “I have a head coaching title. I don’t want to say that doesn’t mean anything because it does. It was a goal of mine, but that isn’t what this is about.”

Evans and Boynton have had a coaching relationship and a bond that goes beyond just work. The two met in 2012 under the tutelage of Frank Martin at South Carolina, and Boynton even referred to Lamont as “the brother I never had” — Hayden Barber covered his quotes on Evans extensively yesterday, which are a great read.

So why is this important for Oklahoma State hoops? One word: ‘Crootin.

Lamont Evans is the ace recruiter on the Cowboy staff and Boynton was able to keep him in Stillwater, fending off other schools for the sought-after assistant.

Many thought Evans might move on to Champaign, Illinois to follow Brad Underwood, but not on Boynton’s watch. He wasn’t about to lose his brother and colleague who is so in sync with his vision.

“To have the opportunity, at my first head coaching position, to have someone who I’m so in line with philosophically gives me great comfort and I cannot thank him enough,” he said.

In fact, Lamont Evans and Mike Boynton Jr. left the press conference yesterday and went directly to the recruiting trail. They flew to Dallas and then onto Miami just last night to touch base with recruits, a harbinger for this duo going forward.

They’re going to make it part of their ethos to out-work and out-hustle other coaches for top talent. Brad Underwood may have used the term, “Everyday Guys”, but Mike Boynton Jr. is a living, breathing representation of that.

Oklahoma State had a strong group of newcomers last year in Lindy Waters III, Brandon Averette, Cameron McGriff, Lucas N’Guessan, and Thomas Dziagwa. But next year’s potential influx of talent is even more talented in large part to Evans and his strong connections all around the country.

The 2017 class, as of right now, includes ESPN four-star point guard Amauri Hardy in Michigan, a pair of ESPN four-stars forward Latravian Glover and guard Zack Dawson out of South Miami (who got a visit from Boynton and Evans on Tuesday), power forward Souleymane Diakite of Mali, and St. John’s transfer center Yankuba Sima will be eligible around the start of conference play.

The current roster is largely made up of Oklahoma and Texas products, which is the norm for the Cowboys traditionally.

With Evans in town though, the Oklahoma State Cowboys can go coast to coast, the Canada border to Texas for elite talent. Gone are the days where the Cowboys are limited to a certain geographical region.

Evans helped develop standout guards Denis Clemente and Jacob Pullen while at Kansas State, and was instrumental in bringing in the No. 23 recruiting class in 2013-2014, a school that struggled to get any kind of top talent before the Bob Huggins/Frank Martin regime arrived, which included Evans.

If you’re looking for first-hand evidence of Evans’ recruiting prowess, watch South Carolina this weekend in the Final Four against Gonzaga. The Gamecocks are led by SEC Player of the Year and former top-50 player Sindarious Thornwell and former McDonald’s All American point guard PJ Dozier, who were both recruited by Evans (and Boynton) in Columbia.

To a school in South Carolina that had won 4 NCAA tournament games in its school history prior to this year. Frank Martin said this about Evans.

“Though young in actual experience, Lamont was preparing to coach even during his playing days,” Martin said. “He is very well connected in the world of grassroots basketball and has great knowledge of the game.”

Boynton absolutely faces an uphill battle gaining the trust of the fans, filling up Gallagher-Iba, and winning basketball games as a 35-year-old first time head coach in the toughest league in the country, top to bottom.

But he got a big win yesterday in keeping Evans in town, who should continue to produce high-level talent as long as he’s the associate head coach in Stillwater.