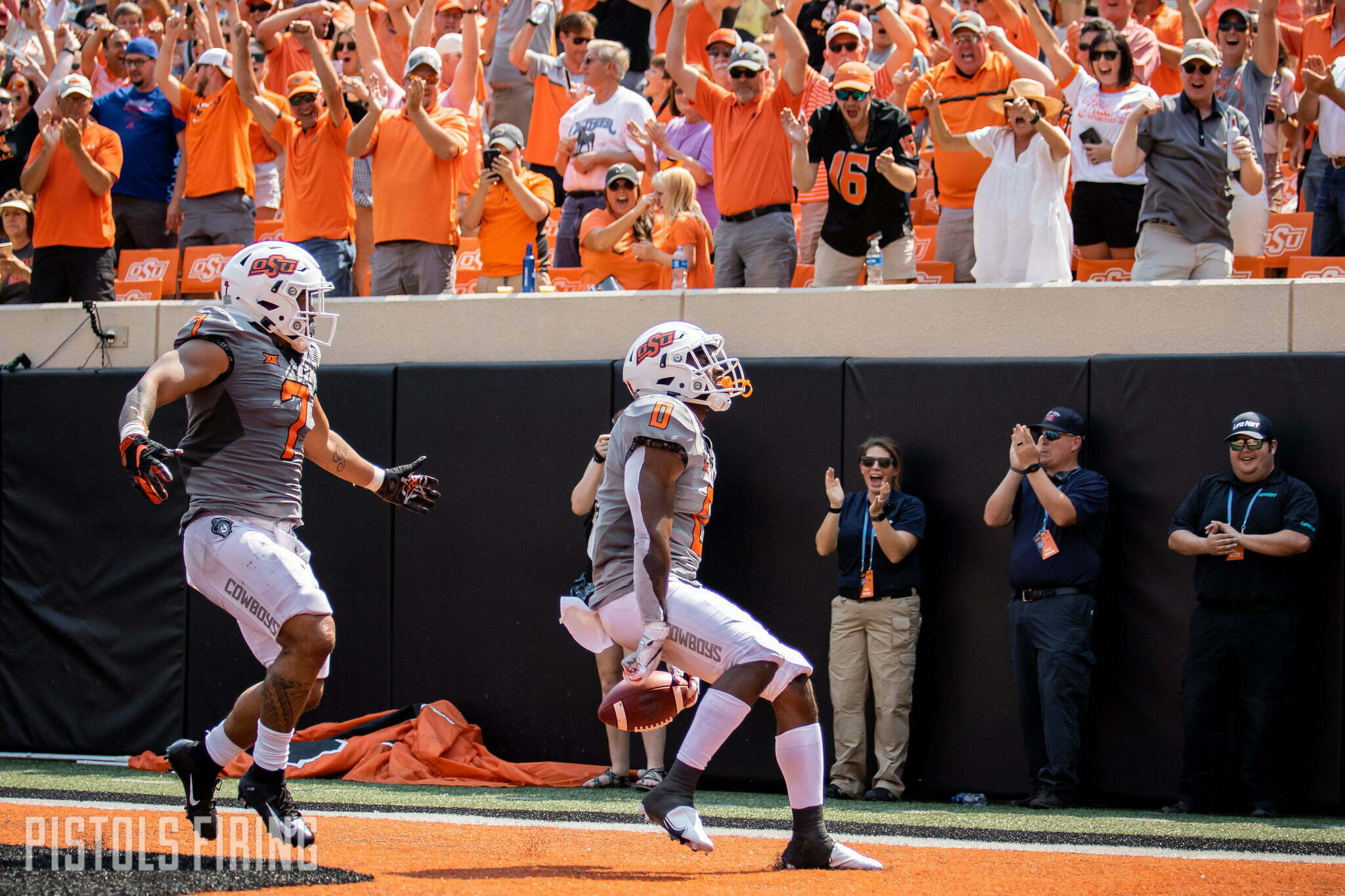 I remember when punts and kickoffs weren’t merely timeslots for a quick run to the fridge. I remember when they might actually — on any give Saturday — be fun.

Oklahoma State used to be downright scary in the return game. In fact, OSU has been, at certain points, the bastion of game-flipping return plays thanks to the likes of Barry Sanders, Darrent Williams, Perrish Cox, Justin Gilbert and Tyreek Hill.

Those targets were actively avoided by opposing kickers and punters alike because each could give the Cowboys a shot in the arm if provided: the ball, a long field and a sliver of sunlight.

But that was a long time ago.

Since Tyreek Hill’s reign as Bob Stoops’ worst nightmare, the Cowboys have ranged from good to not great in the return game. But on Saturday, when OSU needed it most, the Cowboys were a notch above on those possession-ending kicks. And it came from an unlikely hero.

With just over 10 minutes remaining in Oklahoma State’s 28-23 win over Tulsa, the Cowboys found themselves down 17-14 to the double-digit underdog. What had been the Cowboys’ first touchdown in 35 minutes was answered by a TU field goal, putting the Pokes right back in the hole, and on the ropes. The offense had been sluggish all day and the defense looked tired.

But then this happened.

It’s not as if LD hadn’t returned kicks and it’s not as if he wasn’t one of the fastest Cowboys on the roster. He took off for OSU’s Nos. 1 and 3 rushes last year going for 66 and 50 yards, respectively. But it was sophomore Brennan Presley, not Brown, that got our juices flowing this fall when he was assigned to return duties. (Don’t worry, Presley’s still explosive, still on punt duty and still plenty buzzworthy.)

After the win, Brown was quick to give credit to one of his teammates who helped pave the way.

“Like I’ve been telling everyone, shout out to Kanion Williams,” said Brown. “Before we got out into the huddle, Coach Watts had drawn it up. I saw the crease and I hit it. I was blocked by everyone doing their jobs and their one-on-one and I took it home.”

“It was right in front of me, so I had a good view of it,” said Mike Gundy said after the win. “Kanion Williams blocked his guy for about 50 yards in space, which was pretty impressive. He’s been a really good special teams player for us for a while. This changed the game and gave us a little bit of juice.”

Returning kicks is nothing new for the super senior. He’s fielded kicks every season since he showed up in 2017, but this was his longest return by a far (T-7th in school history and the longest since Tyreek at KU in 2014), and it was his first special teams score.

But on Saturday, when his team needed it most, things just fell into place for Brown, and he took advantage.

“‘Don’t miss it,'” Brown said that he told himself. “‘Just take what they give you and see where the ball is going to land.’ I knew I had to get to the left side of the field very fast and I saw it was open. I saw the holes and I hit them. After that everyone got their block. Like Tyler (Lacy) said, I wouldn’t have heard the end of it if I got blocked by the kicker.

“We scored, for the first time since 2014 since Tyreek Hill, it’s an honor to be in the conversation with him as well. I’m hoping we can keep it going.”

Tulsa head coach Philp Montgomery had plenty of reasons to be upset following his team’s second loss, but one of them amounted in him not seeing things exactly as his tormentor and opposing head coach did.

“That’s a huge play in the game, obviously,” said Montgomery. “We had just come down and scored. I think we had some guys there. My field view of it, there might have been some missed calls on that play, but we’ve got to get off of those things and go make tackles. We’ve still got to go make the play and get him on the ground and give our defense a chance.”

That touchdown gave the Cowboys their first lead since going up 7-0 in the first quarter and helped them hang on and earn a five-point win when their offense was struggling to gain its footing and the defense was being worn thin.

“It was crazy man,” said Brown. “I saw everyone jumping on the sidelines. It was a momentum play, after going down 17-14 obviously we were in the fourth quarter.”

Whether or not OSU is able to reestablish itself as a dangerous return team remains to be seen. But with a known commodity in Brown, and a thrilling second-year talent like Presley, keep your eye out during kicking plays. If you do need to run to the kitchen, you’d probably better hit that pause button first.