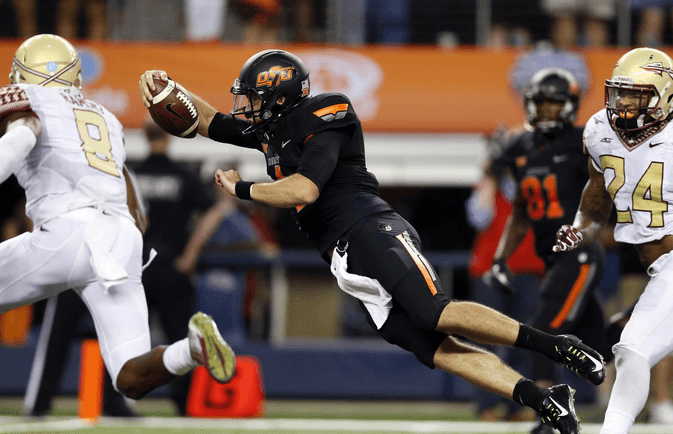 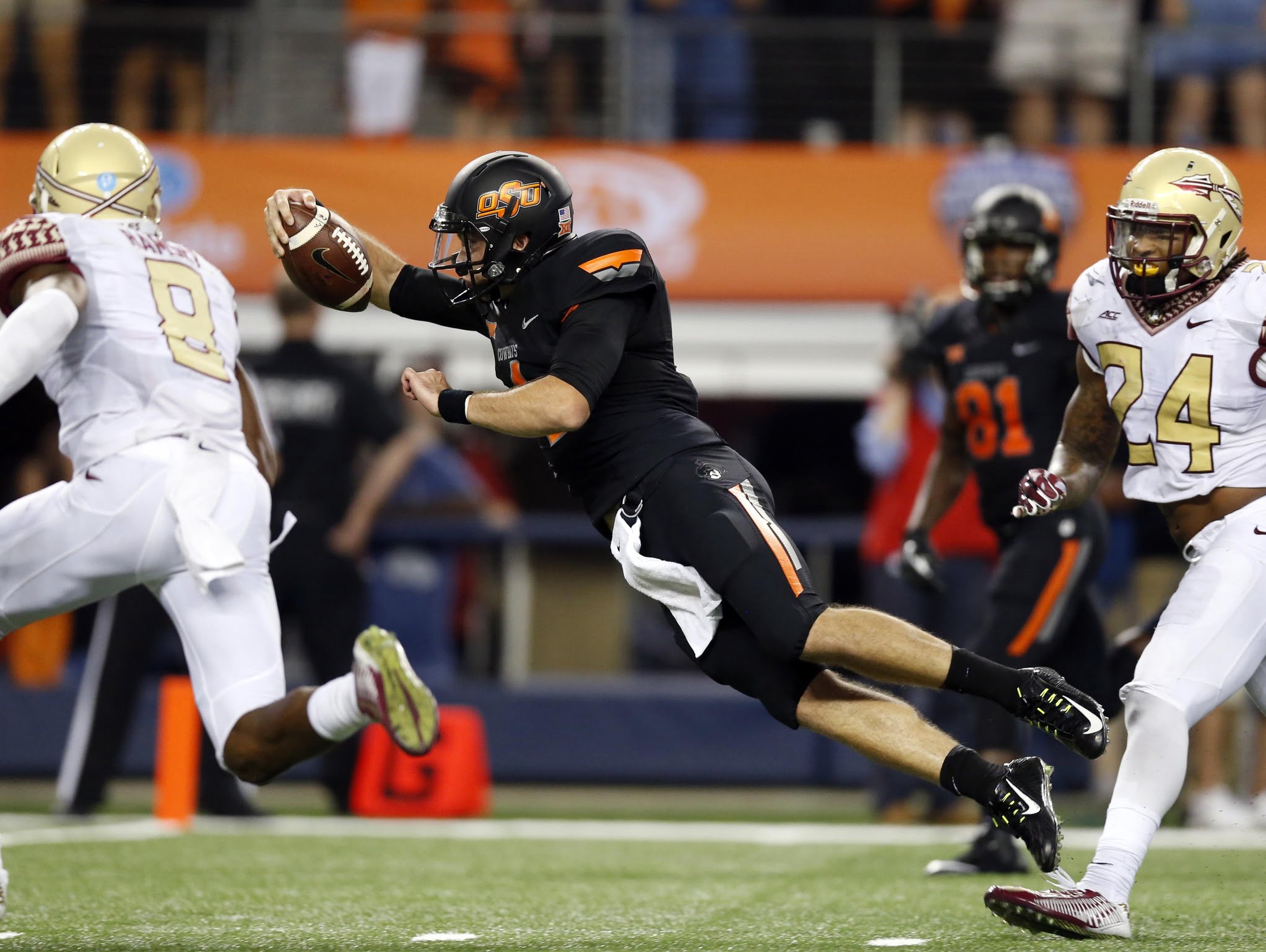 We need to sit down and hash this out because the inflammatory commentary about JW Walsh, Mike Yurcich, and the entire offensive gameplan OSU had for the Florida State game was bordering on insanity Saturday night.

1. This is who Walsh is. He’s like OSU’s Russell Westbrook. You can whine and complain all day that he doesn’t make the extra pass or takes ridiculous shots or whatever, but none of that is ever changing.

The playbook shrinks when Walsh is in the game to the point that it doesn’t look like the offensive coordinator has ever seen a play that could potentially gain 10+ yards.

Your options are limited when your QB struggles to throw it 10+ yards.

The alternatives are two dudes that might be better passers (it’s hard to imagine them being worse) but probably are not better at playing quarterback. It’s not a great situation if you’re OSU.

2. The reason it’s not a good situation is because you’re basically neutering Marcell Ateman, Jhajuan Seales, and Brandon Sheperd against good teams. They had a combined four catches for 55 yards. Not ideal.

3. The other reason it’s not a good situation is because when you get into obvious passing situations — like OSU did early in the 4th quarter when Walsh had the intentional grounding — you’re screwed.

Teams know they can challenge Walsh to beat them and he won’t.

4. But still, he stayed tough, ran like crazy in the fourth quarter, and generally did JW Walsh things. I don’t know what to make of that. It almost would have been better if he’d completely folded so you could say “welp, time to go with Daxolph!”

5. OSU averaged 5.2 yards per play and a little over 2 points per drive on Saturday — numbers that would have ranked about 75th in the country last season. That’s not great but it’s also not terrible against a team coming off a national championship.

6. The Yurcich hate is bonkers. Stop it. Don’t do it. Try and refrain. Dana Holgorsen, he is not, but he was good with The Freek and he hit that David Glidden play fake button so hard in the second half I think his finger broke.

The entire first half was a set up for that play. #okstate

My only two issues? Calling a two-yard rollout play to Jeremy Seaton (what is that trying to accomplish?) and running Walsh horizontally to the short side of the field (against Florida State!). That ain’t going to cut it.

Other than that, though, I thought he was fine. Do you want him dialing up 40-yard deep balls with Walsh against one of the best secondaries in the country? No. You play the cards you’re dealt — even if they’re weak-armed cards.

7. I still say stick with JW. The first quarter was hideous but he wasn’t THAT bad once he settled in. I told Carson as we stood near the FSU end zone as time expired that you aren’t going to rout teams with Walsh like you did with Weeden but at least he keeps coming at you.

I watched his last TD from about 10 feet away and it was a big boy run. You’re going to have to piece games together at times but I think you probably can with what OSU has going on at running back.

Well I don’t know why he’s still there but he’s beating you like this:

The thing he has to not do is turn the ball over — especially the fumbles and the easy picks (like this should have been):

8. I was walking out with David Ubben at 1:30 AM on Sunday morning and we were talking about how much better OSU is than we thought they’d be and we drifted to Wes Lunt talk and he said something along the lines of “he would be the perfect fit for this team right now.”

It’s true. I hate it, because I do like JW, but it’s definitely true.