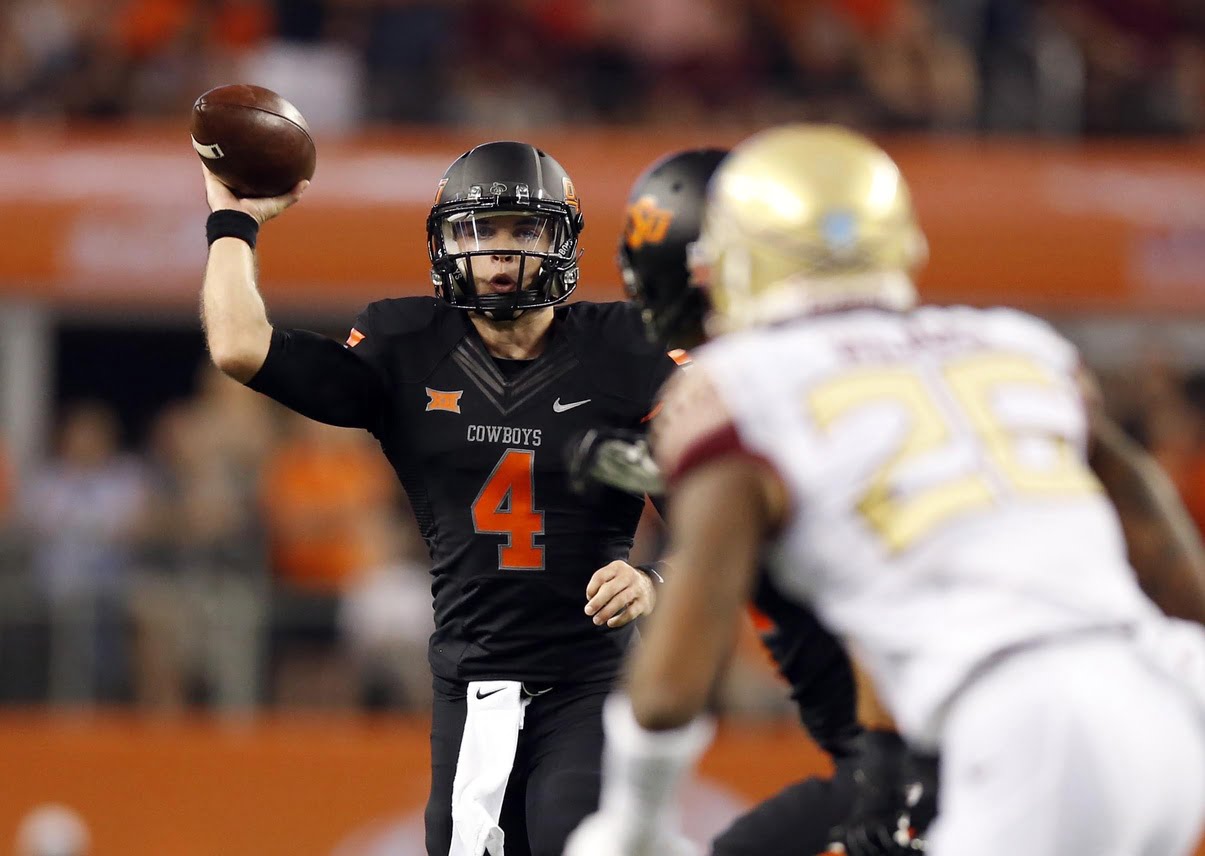 Mike Gundy is a world class secret-keeper so Saturday was the first time we got a glimpse of the OSU depth chart (as in, we watched the game).

I wanted to take a look back at the two deep with a little bit of commentary.

• I’m confused by the Chris Lacy thing. okstate.com tells me Marcell Ateman started instead but Lacy was listed first on the OSU depth chart. Either way I think we can all agree that the top four guys in some order are Seales, Sheperd, Ateman, and Glidden.

• As someone on Twitter suggested this week we should just replace whoever the QB is at OSU with the word “or.”

There were a few other “ORs” (like Childs and Tyreek at RB) but I just listed the first guy for the sake of the integrity of my tables here.

• No real surprises anywhere else though I do love seeing five freshmen on that two deep. Also, it’s probably not the greatest thing to have Jeremy Seaton starting at two positions for you…?

• Look at all those freshmen backups, my gosh. This defense is going to be good this year and potentially elite in 2015.

• Remember when guys who looked like Trace Clark used to be no-doubt starters on the defensive line? Now they can barely get PT.

• I don’t know how long you can keep Akem from starting. He is an insanely large, gifted human being.

• Deric Robertson (So.) isn’t listed on here but he’s listed on the two deep as a third-string free safety behind Harding. Same for Darius Curry (Fr.) at corner with Ramon Richards. Actually Curry gets the “OR” I thought was reserved for QBs.’