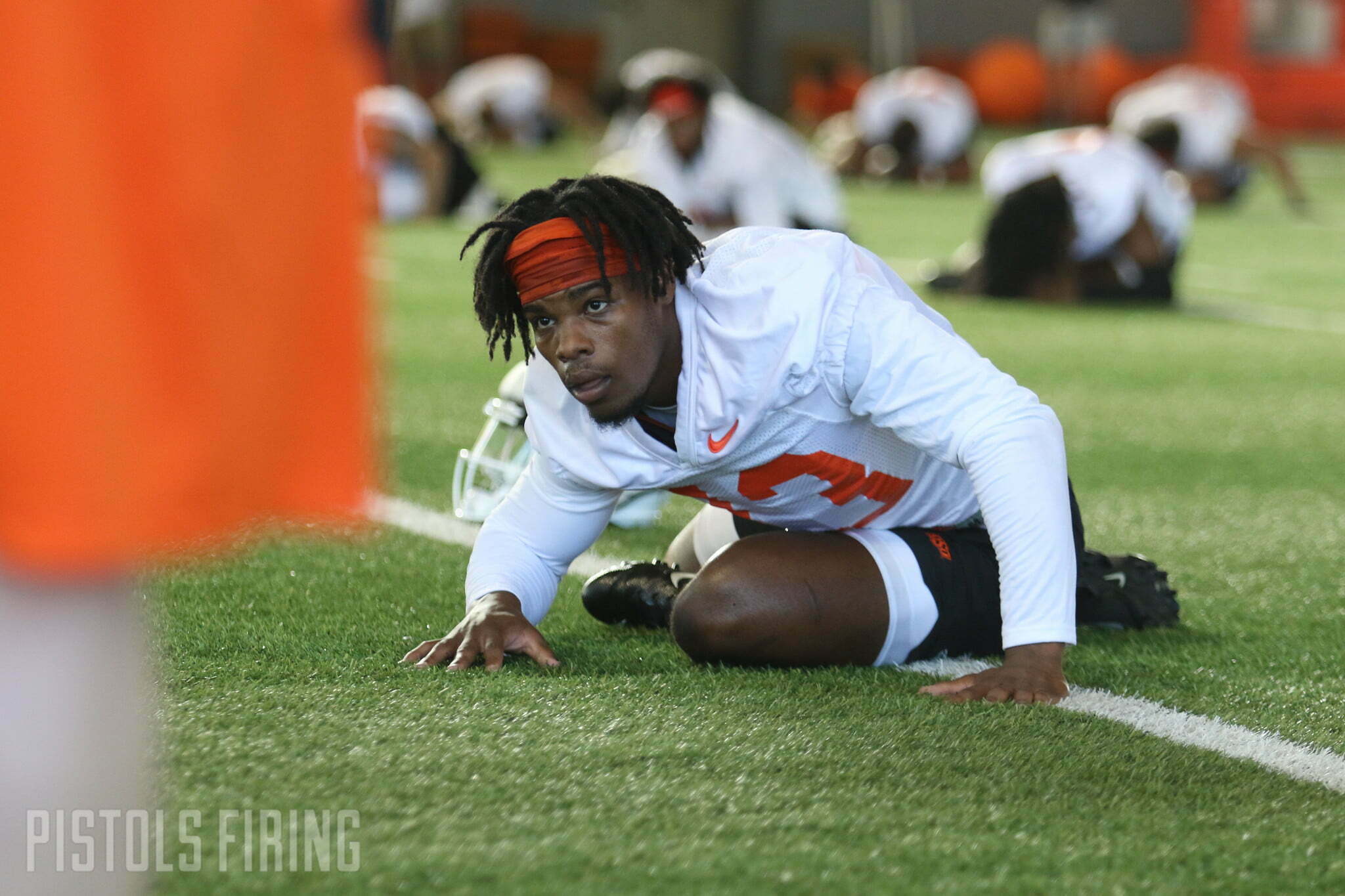 STILLWATER — Way back in the spring of 2019, Mike Gundy name dropped an early enrollee corner as someone who was standing out on the practice field.

It was Thomas Harper, younger brother of former OSU linebacker Devin Harper. Gundy’s praise was notable because it isn’t too often he singles players out.

“Thomas has made a few plays out here that are pretty impressive for a high school player because he’s supposed to be in high school now,” Gundy said back then. “He’s competing out here and has made some plays. I don’t see that he’s really scared of anybody out here and his physical ability makes it seem like he’s gonna have a chance to maybe compete earlier than other people.”

Gundy was right. Harper didn’t redshirt and has appeared in 35 games across the past three seasons, but he has made only one start. Entering his senior season, Harper — now listed as a safety — is finally expected to step into a bigger role after all the experience that he came in behind has finally moved out.

“It’s been really, really difficult, but just staying focused and being patient,” Harper said. “I think patience will take you a long way. Being patient will allow you to learn from whoever you’re behind, even if you feel like you’re supposed to be in front of them, or whatever the case may be. Just not getting down and staying positive and being patient and whenever your time comes, just taking advantage of the opportunity.”

Harper doesn’t have to look far to find someone with a similar experience to him. Devin Harper dealt with similar circumstances in Stillwater. Devin waited behind the likes of Chad Whitener, Justin Phillips, Calvin Bundage and Amen Ogbongbemiga before finally getting his shot in 2021. And all Devin did last season was have 96 total tackles, 11 tackles for loss, six sacks and 15 quarterback hurries before the Dallas Cowboys drafted him in the sixth round.

Those are big shoes to fill for Thomas, but not many people saw Devin coming last season.

“[Thomas] is very competitive, very tough,” Gundy said this past weekend. “He’s become a part of our culture following right after what his brother did. His brother stayed here and just persevered and just kept pushing and pushing and now he’s playing little pro ball, and little Harper’s doing the same thing. They’re just really good kids that have a lot of discipline and structure instilled in them. And he continues to get better with the reps he’s getting, which now is considerably more than he’s gotten before.”

As a freshman and sophomore, Harper was listed on OSU’s roster as a corner before being listed as a safety last season and this season. A few weeks out from the Cowboys’ Sept. 1 season-opener against Central Michigan, and it looks as if Harper will start at safety alongside Jason Taylor and Kendal Daniels. Harper said him bouncing between Tim Duffie and Dan Hammerschidt’s teachings at corner and safety will benefit him going into this season.

In his 35 games played, Harper has 63 total tackles, 3.5 tackles for loss, an interception, four pass breakups, a forced fumble and a fumble recovery. With the potential he has shown and the prevalence of the transfer portal, it would’ve been easy for Harper to search for a starting gig elsewhere, but if OSU fans have learned one thing about the Harper brothers it’s that they don’t necessarily look for the path with the least amount of resistance.

“I just really love this group of guys,” Harper said. “And whenever Coach (Derek) Mason took the job, I really like Coach Mason and his defense and everything he kind of brings to the team. So I’m just buying in to his defense and buying into him.”