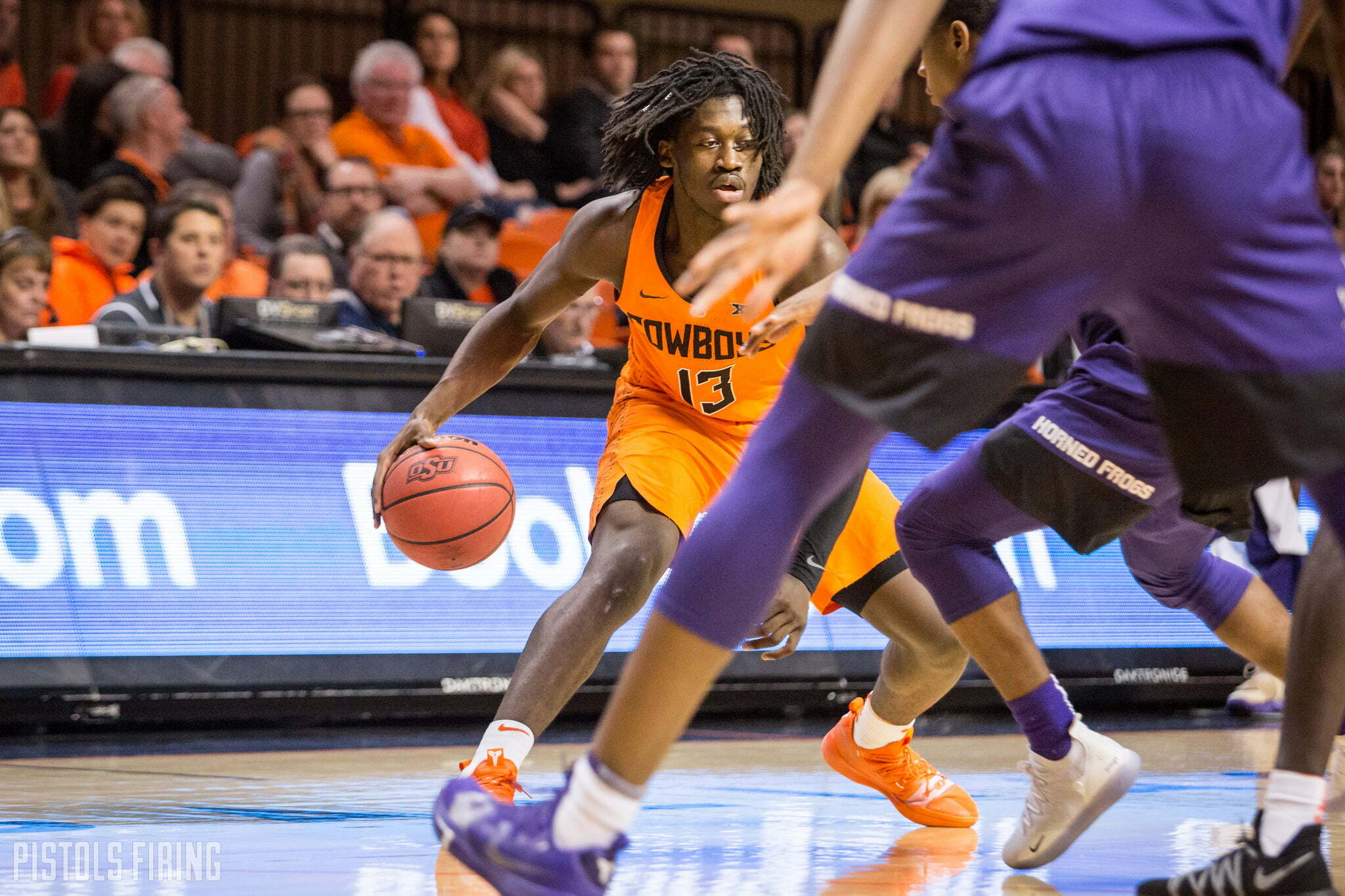 Am I reaching for anything remotely positive to write about this Oklahoma State basketball team? Sure. Will a post that doesn’t have the headline “Fire Boynton, OSU Should be 11-4 in the Big 12” make some of you angry? Of course.

But a reader email from Clint D. the other day got me thinking about OSU’s two freshmen, Isaac Likekele and Yor Anei. They have both accomplished something this season as freshmen that has been impressive (and yes, I know they’ve been forced to play 39.25 minutes per night).

Likekele became just the fifth freshman to notch 100 assists, and he’s still climbing. You may recognize a few of the other names.

If Likekele gets his average of 3.7 a game for the last three regular season games and a Big 12 Tournament game, he’ll end with 118, or the most of any freshman ever not named Marcus Smart. That’s not nothing!

Now let’s look at Anei, who joins an elite list of shot swatters. His 60 blocks only trails Byron Houston among most blocks for a freshman in a single season, and it’s tied for the eighth-most by any player in any OSU season ever. Here’s a look at those freshmen numbers.

If Anei gets his average of 2.1 the rest of the way, he’ll usurp Houston and have had the fourth-best block party in OSU history behind Andre Williams (Sr. year), Joe Atkinson (Jr.) and Bryant Reeves (Jr.).

And look, I get it. These are trivial cracker jack prize takeaways from what has been a massively disappointing season. But Anei and Likekele can (and hopefully will) be pieces on a good Oklahoma State basketball team in the future. Their collective development in 2019, while little more than a tease for now, could be vital for 2021 or 2022.

So while the way they joined those lists — by playing far more minutes than freshmen of their caliber probably should — is cause for concern overall, it’s still been fun to watch them grow up, play hard and stick their names next to some of the best to ever suit up for Oklahoma State.