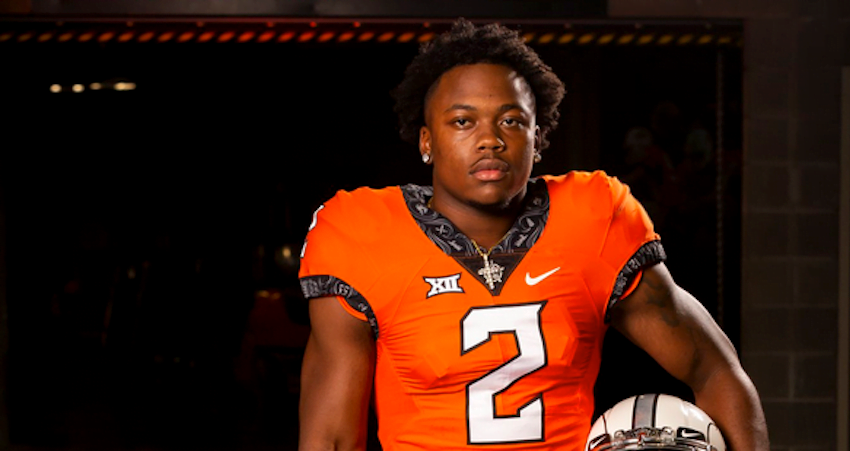 Oklahoma State for the third consecutive recruiting cycle has lost a commitment from a linebacker as Jordan Crook, a three-star prospect from Duncanville, Texas, who committed to the Cowboys in March, announced on Tuesday that he’s reopening his recruitment.

“I am blessed and appreciative of the opportunities that Oklahoma State has offered me,” he announced on Twitter. “The outlook of the game has changed tremendously since I last visited with schools before Covid. After further consideration and multiple conversations with my family and Duncanville coaches I’ve decided to de-commit from Oklahoma State University. Thank you to the staff at Oklahoma State.”

The announcement comes after Crook took a recent visit to Arkansas.

OSU’s 2022 class now has just one linebacker committed in the cycle with Stillwater star Gabe Brown, likely signaling that OSU will try and grab at least one more commitment in the cycle. The Pokes have offers out to Jaylon White and Jeremy Patton and more likely soon.

Crook was a three-star recruit but had garnered nearly 30 scholarship offers and was viewed as one of the more underrated commitments in the class. His decommitment comes on the same day that OSU scored a huge recruiting win, landing commitments from brothers Tabry and Talyn Shettron out of Edmond Santa Fe. The commitments moved OSU up to No. 14 in the national recruiting rankings, but Crook’s decommitment pushed OSU back down to No. 23.