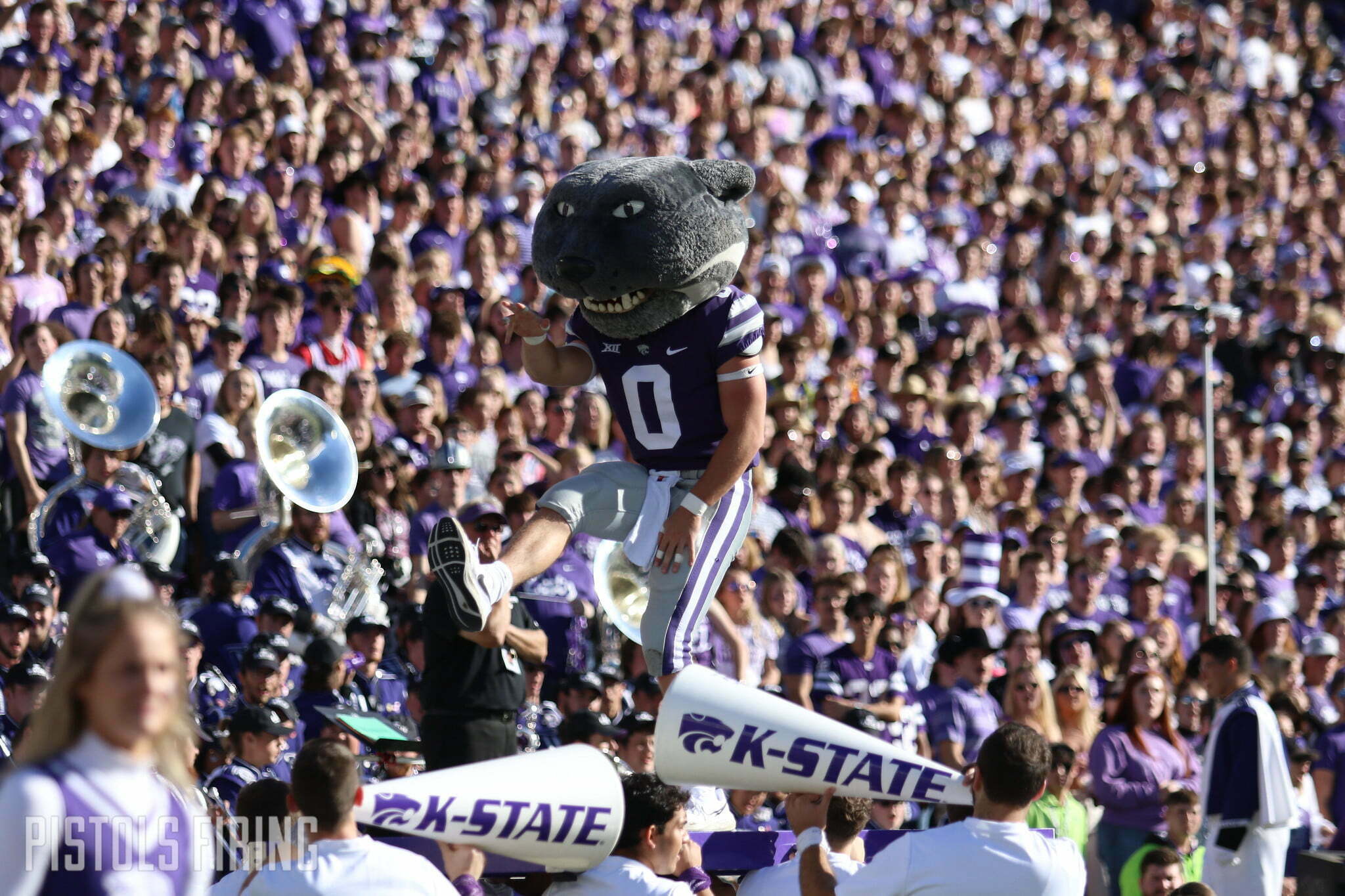 Oklahoma State won last week at home as a slight underdog after doing the same at Baylor to open up the month of October. But its quest to continue that trend as road dog victors came to a screeching halt Saturday in Manhattan.

The Cowboys fell to the Wildcats, 48-0, in what goes down as the largest margin of defeat for them in the Mike Gundy era. The loss breaks a previous record of a 39 point defeat to Texas A&M, which came in Gundy’s debut season in 2005.

OSU becomes the first AP-ranked top 10 team since 1968 to suffer at least a 40+ point loss in a shutout, so it was not only a horrific historical game for the program but also one for the college football record books.

Here’s a look back at our live blog coverage of the game.

Fourth quarter: Another one. Kansas State punches in a scoring TD to go up 48-0.

Fourth quarter: Some injury updates late in this game: Spencer Sanders (shoulder) is out for the remainder of the game. Gunnar Gundy will replace him. Tom Hutton also has an injury and his status is uncertain, per Robert Allen. Key pieces of the team.

Fourth quarter: Kansas State kicks a field goal — its second of the half — to go up 41-0 on Oklahoma State. Tracking as the worst loss of the Mike Gundy era if this holds.

Second quarter, 0:02: Kansas State fittingly scores it one more time before half. Will Howard with a dart to Deuce Vaughn in the corner of the end zone to go up 35-0. UGLY.

Second quarter, 9:07: Oh. My. Goodness. This has quickly gotten out of hand. After a Spencer Sanders INT, Will Howard responds with ANOTHER touchdown strike to give Kansas State a 28-0 lead. Wow. That was just a complete defensive breakdown after the catch by OSU’s defense.

Second quarter, 11:17: Kansas State now pouring it on. Another strike from Will Howard down the field results in a score. Kansas State leads 21-0 and this OSU defense is getting gashed through the air by a backup QB. Worse yet, OSU’s offense having major troubles moving the ball. Yikes.

First quarter: Texas A&M transfer Deondre Jackson getting some extended run at RB the last few series. With Dominic Richardson out and Ollie Gordon reportedly hobbled entering the game, have to think it’s because Gordon isn’t quite 100%. Likely to see Jackson and Nixon if that’s the case.

First quarter: Massive, massive chunk play for the OSU offense down the field to Brennan Presley.

He then fumbles it and K-State takes over.

Been one of those days so far.

First quarter: Dart from Spencer Sanders to true freshman Stephon Johnson Jr. across the middle on third down is dropped. Might have been a touchdown. Following play, OSU tries — and fails — to convert on fourth down. So K-State takes over up 7-0 right around midfield.

First quarter: This might’ve been the best catch of the season in college football. Holy moly, Bryson Green. Holy moly.

First quarter, 11:02: On 4th and 10 for Kansas State, Will Howard connects with a receiver downfield to score. Shocking score to strike first in Manhattan. OSU linebacker Xavier Benson got drawn out into coverage in a mismatch and Howard just unleashed a dot. Wow. 7-0 Kansas State.

First quarter: Good afternoon and welcome, all. Just a PSA to start the game: FS2 is airing the early portion of the game until Ohio State-Penn State concludes.

INJURY UPDATES: Will Howard will start for Kansas State today at QB over starter Adrian Martinez, who was questionable entering the game with a leg injury. Jason Taylor starting at safety for OSU. Starting OSU running back Dominic Richardson, guard Hunter Woodard and WR Braydon Johnson all out. Safety Thomas Harper and center Preston Wilson expected to play. Running back Ollie Gordon probable to play. If he can go it’ll be a heavy dose of him and Jaden Nixon at RB with Richardson out.