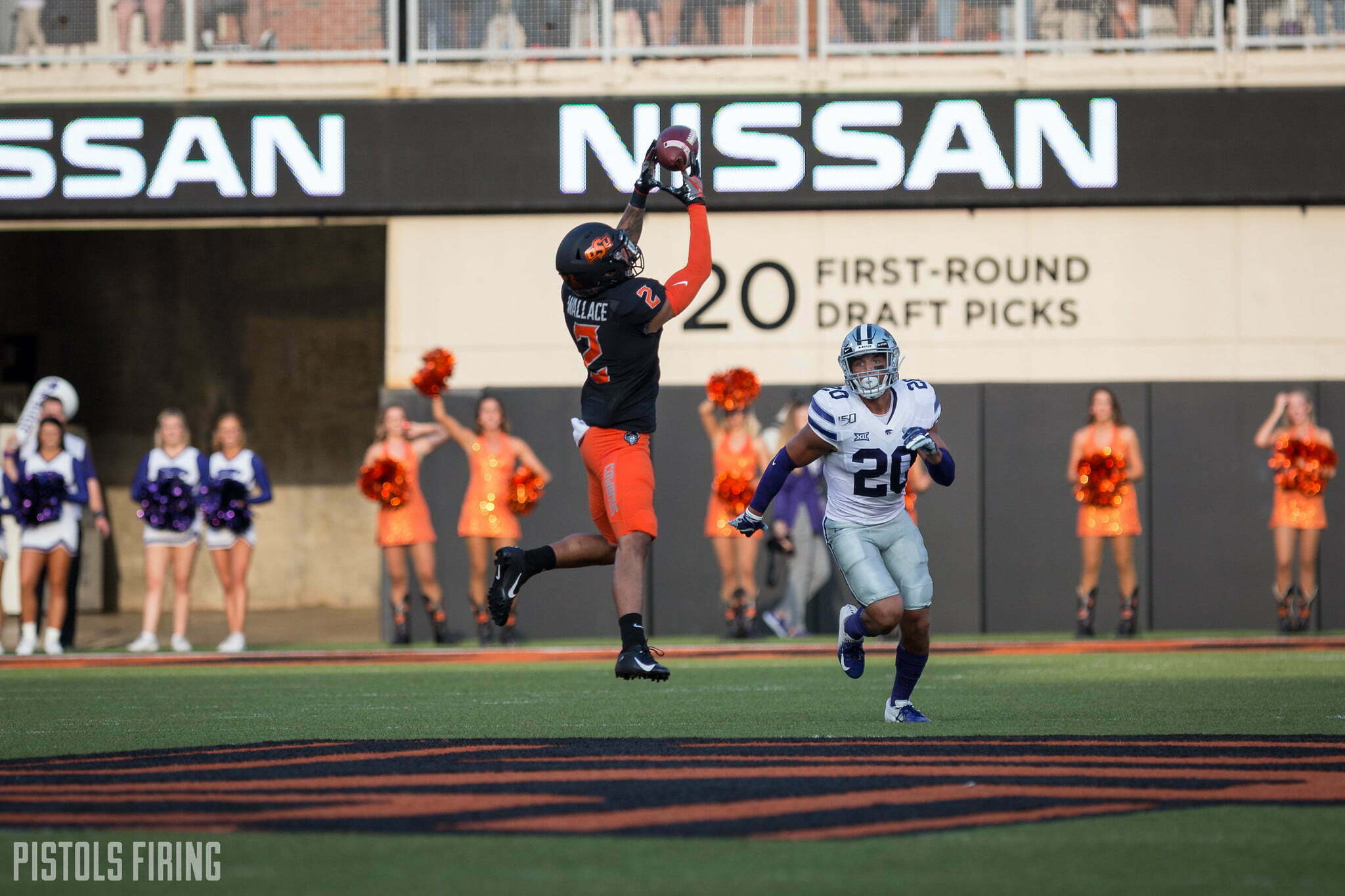 Even OSU’s players are hearing grumblings about red-zone efficiency.

Cowboy Back Logan Carter (an amalgamation of every boy band name ever, by the way) scored his second career touchdown on Saturday against Kansas State. It was OSU’s only TD from inside the red zone to go along with four field goals.

Carter, who said it “got really loud, really fast” after he scored, noted that his team’s offense needs to just keep doing what it’s been doing heading into the heart of the Big 12 slate.

“I don’t think we have to do anything different, other than convert the field goals into touchdowns when we are in the red zone,” said Carter.

Yes and also maybe no.

“We have the nation’s leading rusher and one of the leading receivers in the nation,” Carter added. “I don’t think the offense has any issue other than getting it across the goal line, but that’s something the coaches will fix and we have faith in ourselves.”

I agree. Especially given who OSU’s offensive coordinator is.

As I was thinking about some of this — and sort of wrote on Tuesday — I thought it would helpful to view this more broadly. OSU might not be scoring from inside the red zone, but they also might be scoring more from outside of it.

Currently the Pokes rank No. 27 nationally in points scored per drive, which is about where they always are (shouts to Mikey Y!). These numbers do not include garbage-time scores or games against non-FBS teams (like McNeese).

OSU scores 2.96 points per drive, which is exactly what they scored in 2010 when the Dana revolution began. This year that’s just behind Auburn and Baylor and just ahead of Western Michigan and Utah. 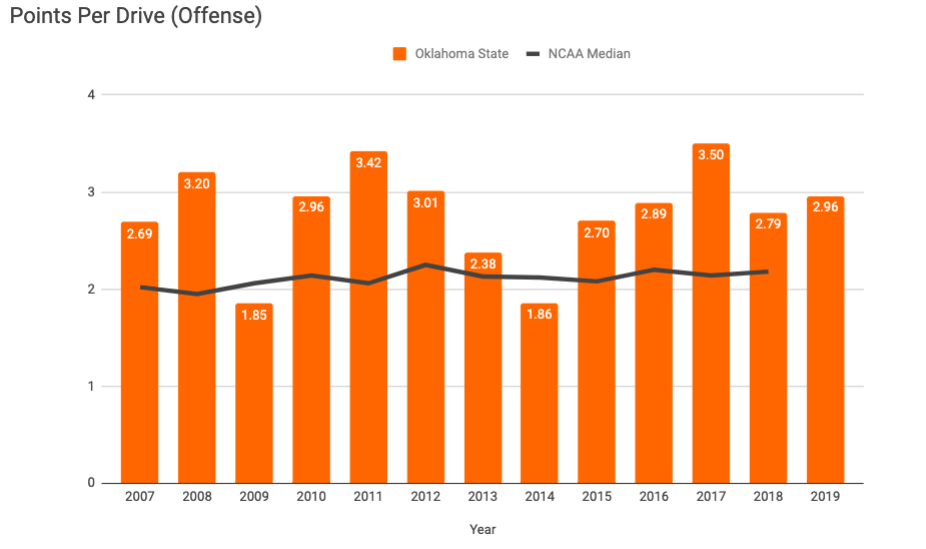 The top seven or so teams in the country are way ahead of the Pokes, but everyone else is within striking distance. Here is the current top 10 in terms of points scored per drive in 2019.

OSU’s defensive numbers are (surprisingly?) where they normally are as well. The Pokes are No. 55 nationally at 2.06 points per drive allowed. That net number of +0.90 (offense minus defense) ranks No. 31 nationally.