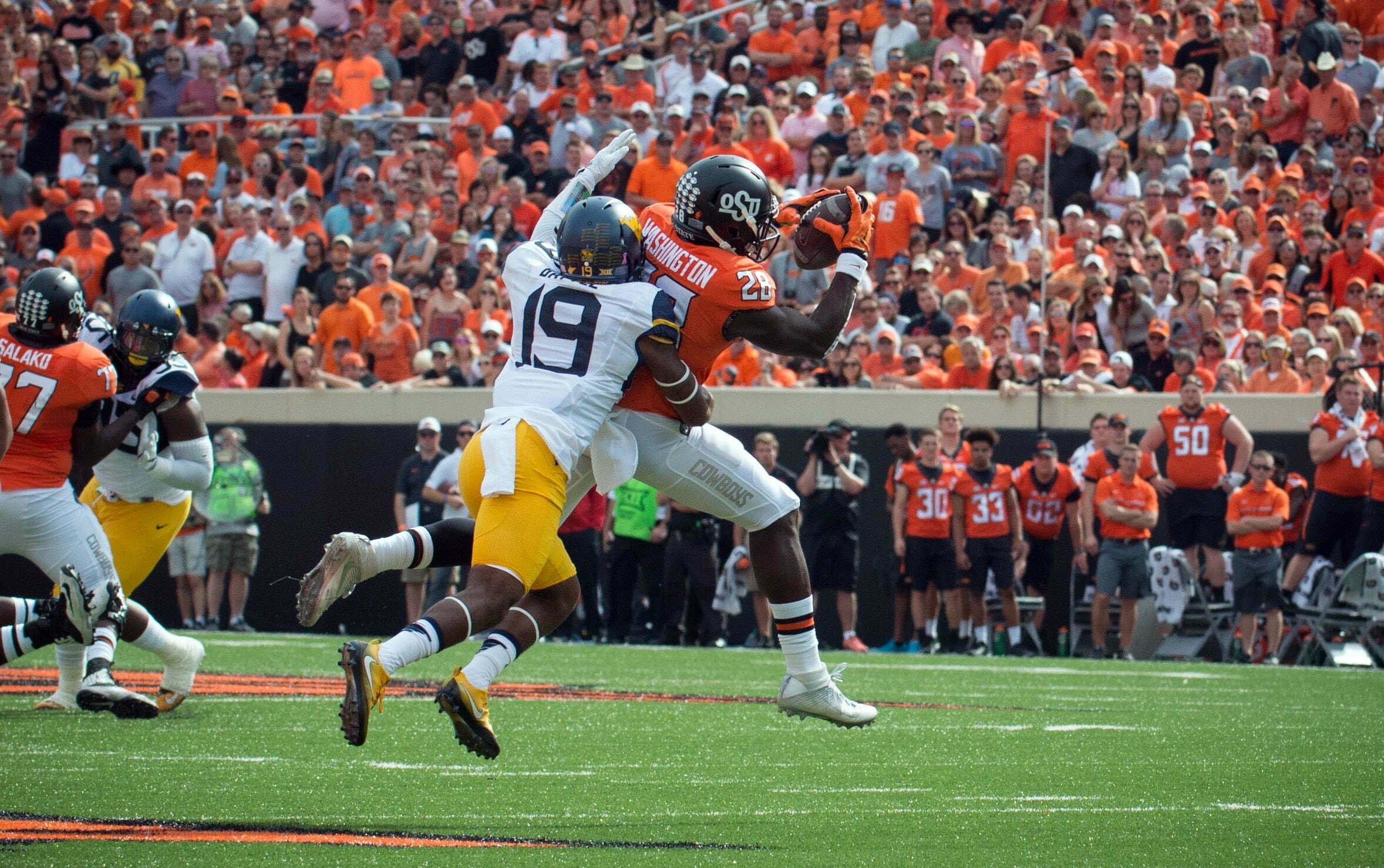 Ed. note: OKC Dave did great work putting together his survey for the 2016 football season last fall. Today we’re going to take a look back at how we all voted vs. how the season actually played out.

Thanks to Zac Pogue (@Pogalo) for the prompt to take a look back at how the survey results compared to OSU’s 2016 football season. Let’s dive in.

Fans predicted 8.5 regular season wins. The Cowboys won 9, or 10 if a) the officials know the rules or b) James Washington runs a route. In the nine years I’ve done the survey, this is the 6th time the team has outperformed the survey.

Fans predicted OSU would finish 13th in the final polls. OSU finished 11th in both polls. This is the closest fans have come to predicting the outcome in the five years I’ve asked this question.

92% of fans said OSU’s offense would be better than 2015’s team. I don’t think anyone would argue otherwise. OSU finished higher offensively in the FEI and S&P+ system, scored more points per drive, and could actually gain yards on the ground.

Only 32% of fans said OSU’s defense would be better than the 2015 unit. The results are mixed. The defense was slightly better in FEI and points per drive, but slightly worse in S&P+. The improved offense and Zach Sinor put the defense in better position to succeed, and they did — some of the time.

I think the fans were correct in their assessment – the most popular option chosen in this question was selected by 46% of fans: the defense would be about the same as last year.

Fans thought Baylor (34%) and Texas (21%) would underperform expectations, and both did. Baylor was picked 4th and finished 8th. The mixed opinion among fans on Texas was appropriate – for a time, they appeared to be better – but by the end of the season Charlie Strong was packing his bags.

You can’t really say if the ratings are right or wrong, but I thought it would be interesting to take a glance at what fans thought before the season:

Gundy: 98% – I imagine his rating will be around the same area next year as we head into the most anticipated OSU football season in 6 years.

Freshman most excited to see

1) Sanders, 2) McCleskey, 3) Ateman. Again, Hill would be obvious winner here. But you could also make arguments for Carson and Lacy.

Hard to believe it will be the 10th survey this year. I’ll be back in August with more questions.