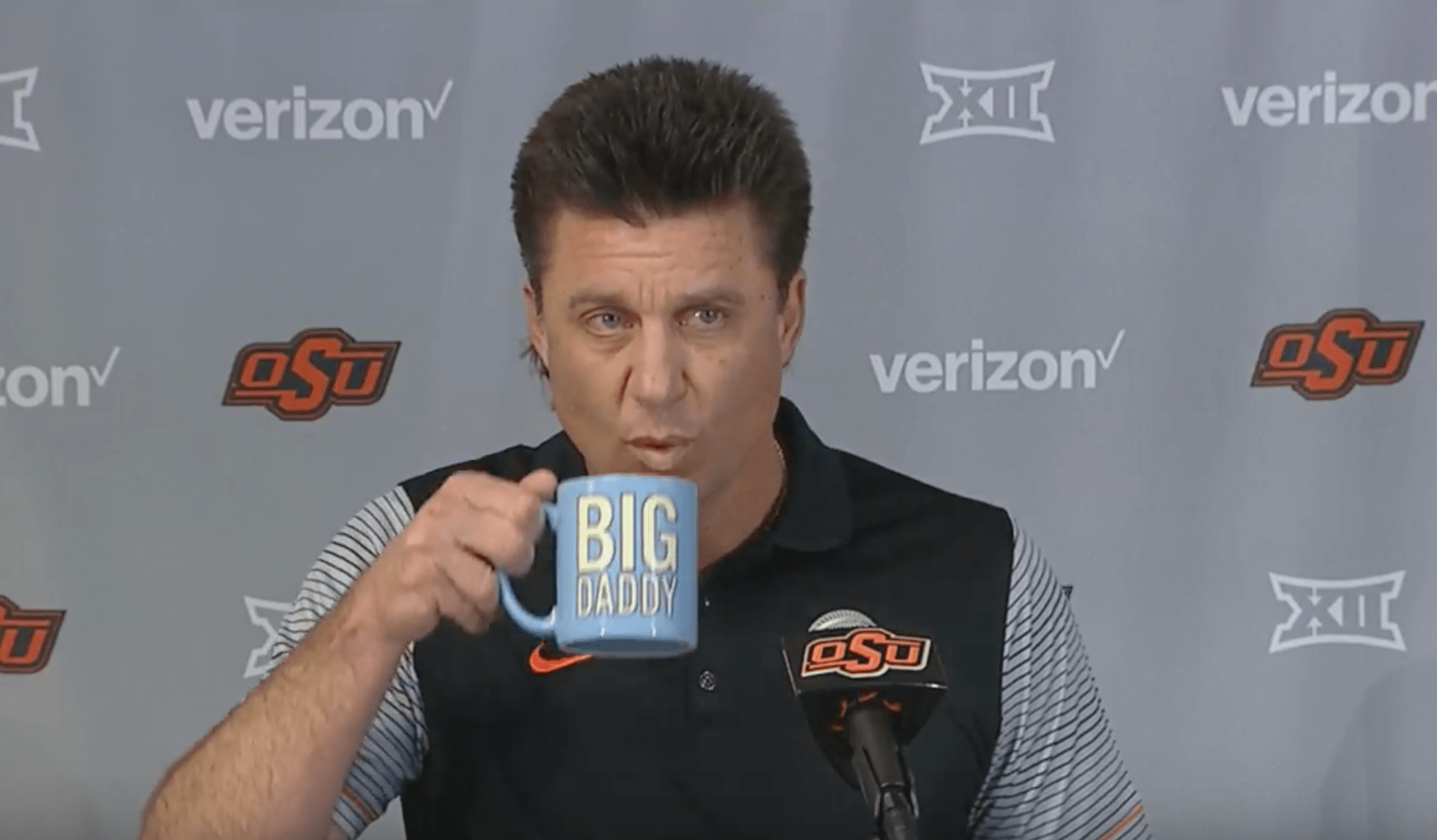 I don’t even know what to say here. Mike Gundy had an all-time National Signing Day press conference on Tuesday in which he busted out a coffee mug that read ‘Big Daddy’ and confessed that he trimmed three inches off his hair.

He said the Big Daddy mug was a present from his son Gage, and I’m pretty sure it stems from what Mason Rudolph said after the Alamo Bowl.

“Big Daddy over here, he kind of evaded the Gatorade dump,” said Rudolph in December after OSU beat Colorado 38-8. “It kind of pissed me off. He saw us, got away at the last second.”

Gundy also noted that he had to cut his beloved mullet when he started going into recruits’ homes over the last few weeks. Said he was a little embarrassed until running back recruit JD King’s mom called him out for it.

His mom told Gundy he shouldn’t have cut his hair. “That was your swag,” she said.