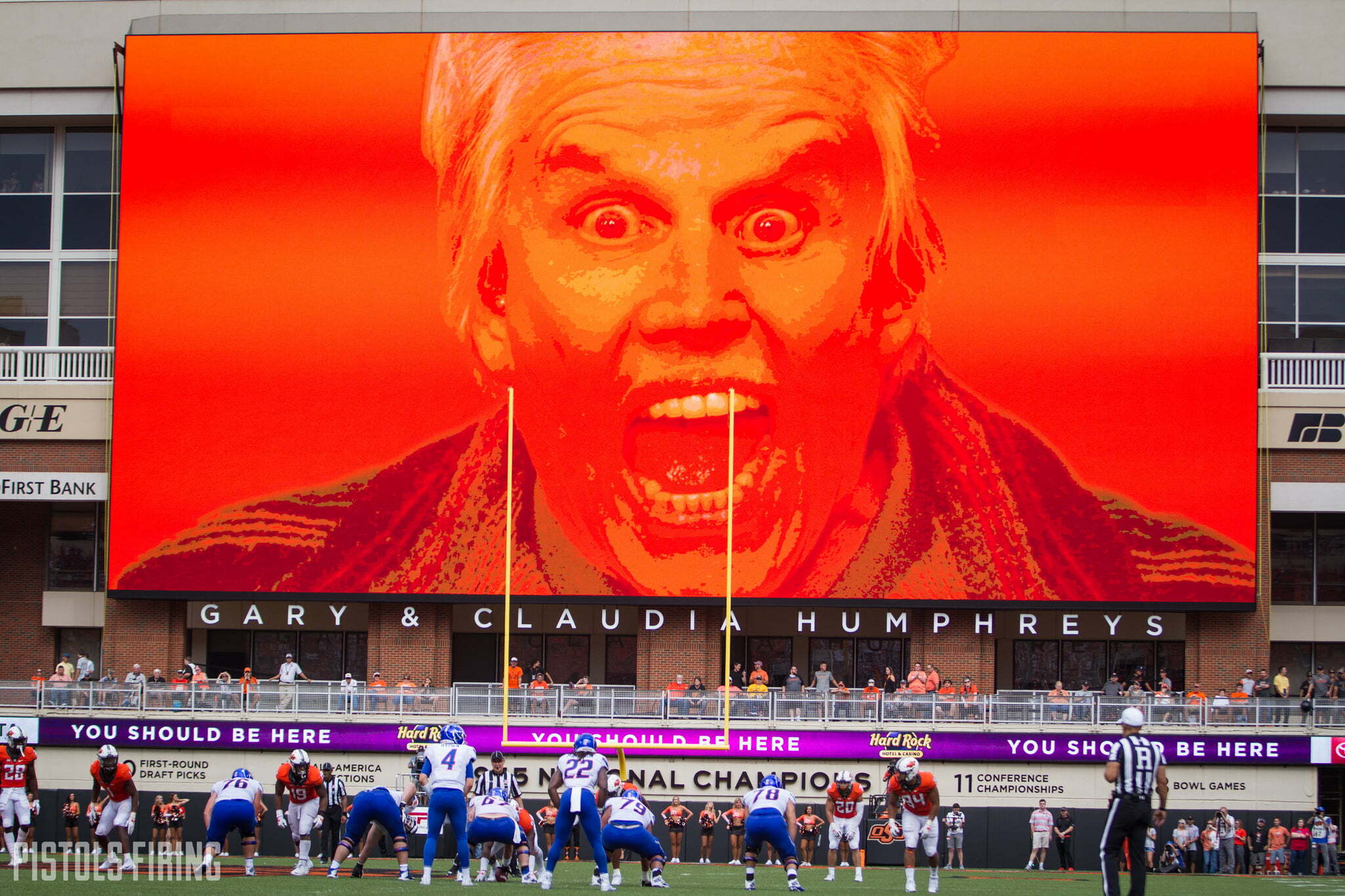 In-game distractions are the way of the future, and Oklahoma State is putting them to use with Gary Busey-like intensity.

Gary Busey was literally used as a distraction by Oklahoma State this weekend against Boise State. During the weekend tilt against the Broncos, OSU flashed an avatar of Busey’s face onto the new video board as Boise was driving directly into the east.

The result is disturbing at best, and nightmare-inducing at worst. Our photographer Jackson Lavarnway captured the moment perfectly in the embedded photo of this post.

Oklahoma State has creatively taken to using its new 110-foot wide toy since the season began, and Busey’s disturbingly emotional face plastered across it is just the latest example of that. They’ve also used Pistol Pete’s slowly enlarging face as a field goal distractor, and started a “Simba Cam” this year, which, in Game 1, prompted an elderly man to raise his beer in a toast, perhaps in confusion.

Busey’s mouth would have been a perfect target point for Boise State’s kicker if he were on the field at the time the graphic was shown, but it seems his face is reserved only for quarterbacks. And hey, it might’ve helped. Broncos QB Brett Rypien was sacked perpetually by OSU on Saturday, and he completed a season-low 69.6 percent of his passes in a losing effort.

Which means that, albeit a small sample size, OSU is 1-0 when using the former Oklahoma State student as a distraction prop. I like those odds. Don’t be surprised to see him make another appearance in the near future.