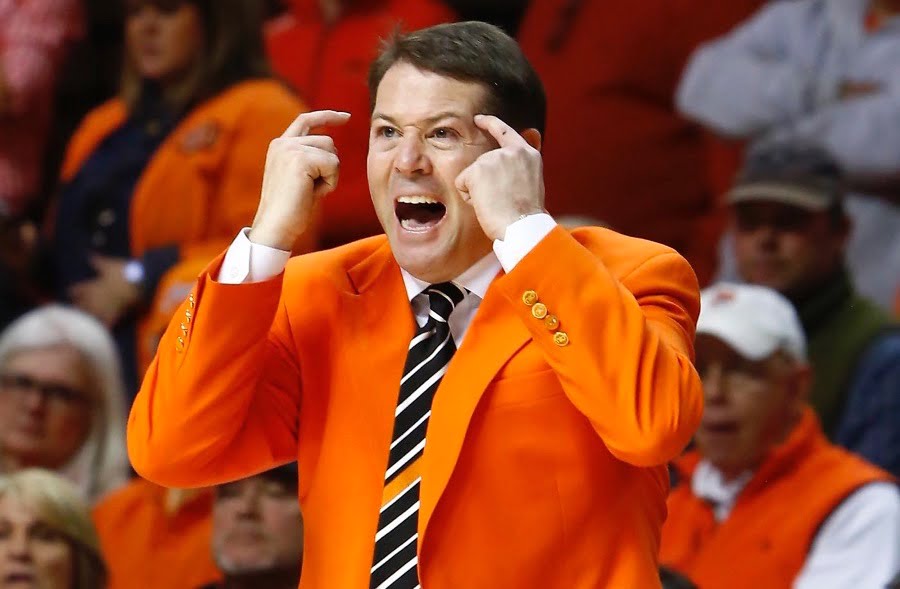 After Saturday’s loss at West Virginia, I tweeted out Travis Ford’s Big 12 record in his first seven seasons at the helm of the Oklahoma State basketball program.

He’s had three winning conference seasons thus far, two of which came in the first two years he took over (with Sean Sutton’s players) and the other being Marcus Smart’s freshman season.

So how does this, and his overall record, compare to what the two coaches before him did? First, let’s look at conference winning percentage: 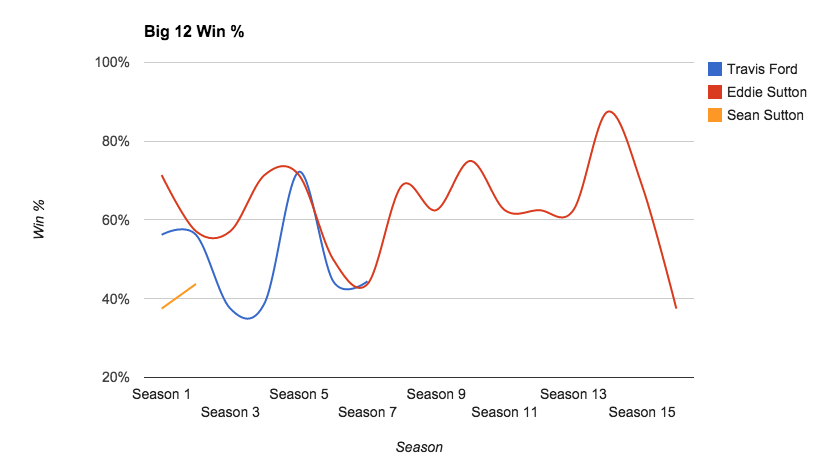 You mean to tell me Eddie Sutton (THE Eddie Sutton) and Ford both won 44 percent of their conference games in Year 7 on the job?

I do mean to tell you that.

That’s not to say that Ford is Sutton (or anywhere close) but it’s worth noting. I’ve said this 3 million times, but Ford hasn’t been as bad as everyone thinks.

Also, maybe we should have kept Sean. That trajectory![1. I am not being serious.] 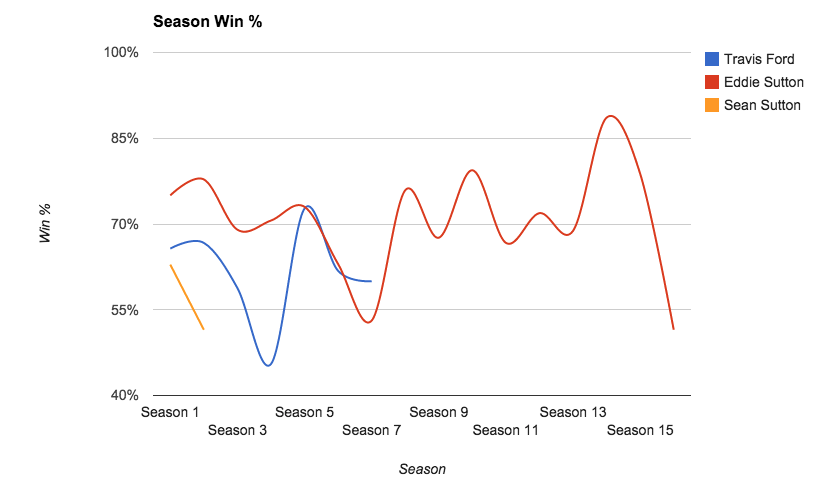 Not tremendous, but not awful either.

He’s been right in that Eddie range for the last three seasons. Eddie kept it steady between 65-85 percent for a long time right after that, though. I’m not sure Ford has that in him.

Also, I imagine somebody presenting this to Mike Holder after Sean’s second season and Holder sending an intern in to fire him.

As OKC Dave pointed out, the real rub here is Ford’s performance in the postseason. You can swallow a few 8-10 seasons as long as they are complemented by a Sweet 16 run or two or even a jaunt into the Big 12 title game.

#okstate is among the 53 programs that have played 5+ NCAA Tournament games in the Travis Ford era (2009 – current).

Playing to get into the Sweet 16 leaves you with a different taste in your mouth all summer no matter what happened during the regular season.

As I put it to one friend over the weekend, Travis Ford isn’t good enough to ever do anything spectacular but not quite bad enough to be fired.

When you combine this with the fact that college hoops in general is more unwatchable than it used to be and that GIA is just hanging on to the edge of the cliff, it’s easy to see why there’s frustration from coaches, players and fans.

The problem is that this is probably just what we’re going to be until Mike Holder decides it isn’t.