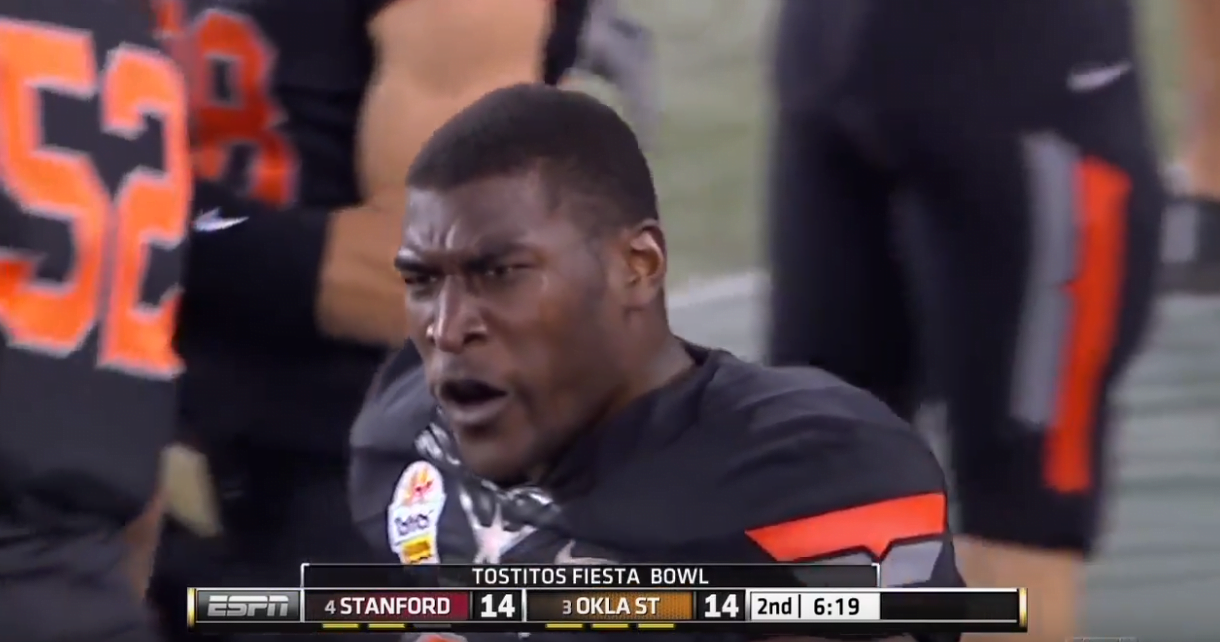 We started our most recent “Looking Back” series of articles, looking at Oklahoma State’s treasured Fiesta Bowl. Tuesday we went over the first quarter, today we’ll make it through quarter No. 2.

• The TV broadcast comes back to show Justin Blackmon pretty animated in a huddle between quarters, a cool thing to see especially given hindsight of what we’re about to see.

• After a punt to start the quarter, Stanford starts on its 13.

• Big run after big run gets the Cardinal in the end zone for the second time of the evening. It’s 14-0, and Stanford is outrushing OSU 124-1.

• A true freshman Josh Stewart fields the ensuing kickoff. Stewart caught it at the 1 and only made it 15 yards, but it feels like a “before they were famous” moment.

• The broadcast talks about how Stanford and OSU are recruiting Barry J. Sanders. Turns out he’d play for both of them.

• Colton (don’t call me Clint) Chelf catches a ball over the middle, the Cowboys’ first play over 20 yards. It felt like the exact moment OSU’s offense finally settled in.

• Two plays later, Justin Blackmon makes his first catch of the night, a casual 43-yard touchdown. We have a ball game on our hands. 14-7 Stanford.

• Just like that, Weeden has eclipsed 100 passing yards after entering the drive with 26. The drive went 84 yards in four plays. Those are always the best OSU drives.

• Ty Montgomery tries to run the ensuing kickoff out after catching it 5 yards deep in the end zone, but Jeremy Stewart, his teammate, comically shoves him on his butt. Luckily for the both of them the ball didn’t leave the end zone, so the Cardinal still got it at the 20. 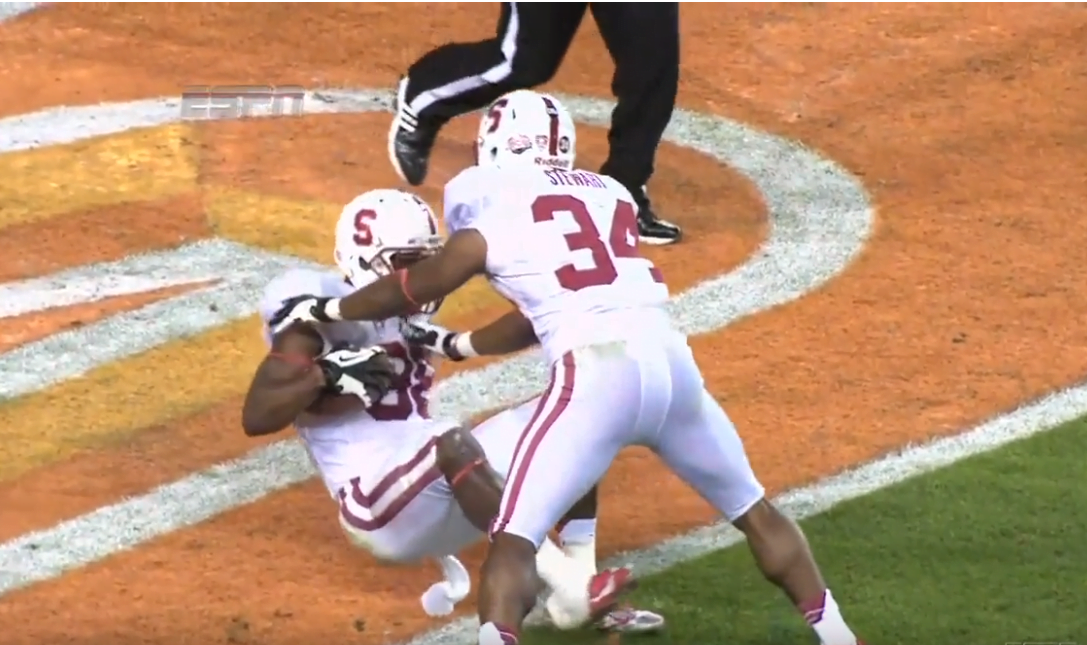 • TV shows Tiger Woods standing on the sideline. Little did he know there was a 14-year-old kid in Norway that would soon be decked in OSU garb sitting next to him in Butler Cabin eight years later.

• Woods and Rickie Fowler were honorary captains at the coin toss.

• Blackmon promptly makes catch No. 2 and turns it into touchdown No. 2 67 yards later. What an absolute machine. He has two catches, 110 yards and two touchdowns all in OSU’s past two drives.

• Montgomery kneeled the kickoff without his teammate tackling him this time.

• Andrew Luck leads an eight-play, 80-yard clinic down the field to give Stanford the lead again. It showed a lot of poise for Stanford’s offense to stabilize and do that after watching its lead evaporate in the matter of a few minutes. 21-14 Stanford.

• Weeden starts the drive with back-to-back completions to Chelf (still Colton). I don’t remember Colton Chelf playing as big a part in this game as he did, but after conferring with the box score, he finished with 97 yards.

• It looks as if OSU’s drive stalls on the Stanford 32, but on fourth-and-5, Gundy rolls the dice, and guess who? Justin Blackmon has a 23-yard catch-and-run. That’s a big play in the moment, but again, an even bigger play given hindsight.

• Justin Blackmon won back-to-back Biletnikoff’s despite getting this kind of attention off the line of scrimmage: 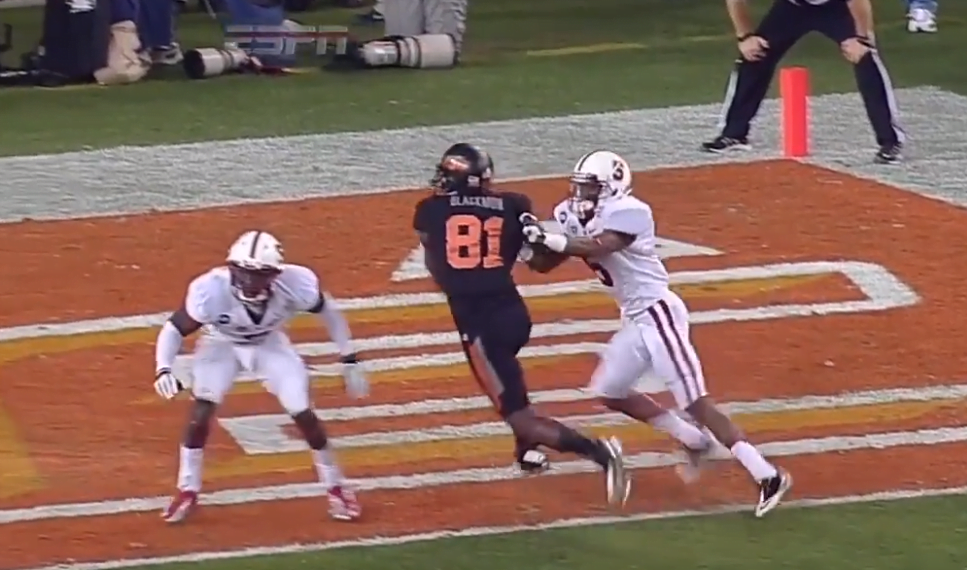 • Brandon Weeded caps off the Cowboys’ 77-yard drive with a 2-yard touchdown run with 27 seconds left in the half. It was his first touchdown run of the year, and he almost didn’t make it.

• “Justin Blackmon is as good as advertised,” David Shaw said in his interview on the way to the locker room. You can say that again. Blackmon has 139 receiving yards at the half. The Stanford defense hadn’t allowed a 100-yard receiving performance all season.

That’s where we’ll leave it for today. Check back in tomorrow for Part 3.