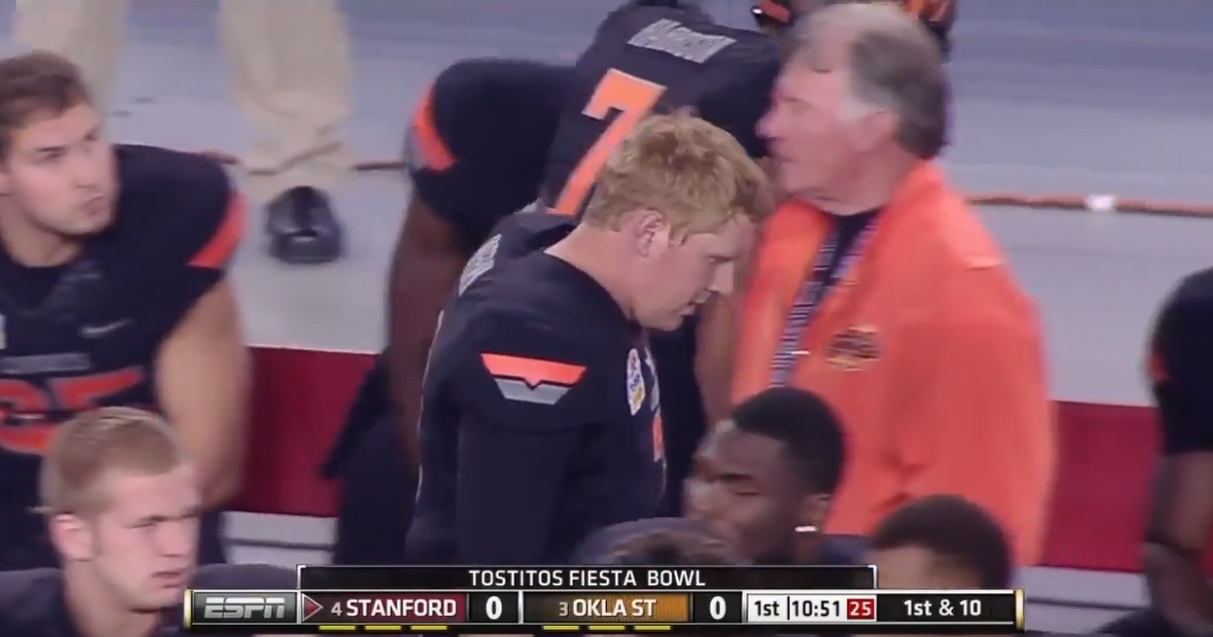 I had just climbed onto the bus after the last football game of my sophomore year of high school.

My Madill Wildcats had just gotten waxed 62-19 in the second round of the 3A playoffs by a Heritage Hall team that boasted Barry J. Sanders and Sterling Shepard. Given the personnel on that team, it probably wasn’t a shocking outcome, but when I found my seat in the bus and checked my phone, my heart fell to my stomach.

It was Nov. 18, 2011, and I had just found out that Oklahoma State lost to Iowa State, ending the Cowboys’ undefeated season. I was dumbfounded, how in the heck could the No. 2 team in the country lose to 5-4 Iowa State?

Such is life, and it set up what might have been the best two-game stretch in OSU history. First came the Cowboys’ 44-10 molly-whopping Oklahoma to win the program’s first Big 12 title. It ended 44-10, and Brandon Weeden didn’t even throw a touchdown.

Then came the game we’ll reminisce over for the next few days: the Fiesta Bowl. I intend on this being a five-parter, quarter-by-quarter then one for the overtime (spoiler alert). Let’s jump in.

• I forgot that this was David Shaw’s first year at Stanford. I don’t watch much Pac-12 football (something I always say I’m going to be better about), but he’s been great. He enters 2019 with a 92-26 record as the Cardinal’s coach.

• Quinn Sharp sends the opening kick into the end zone for a touchback, his nation-best 57th of the season.

• On the fourth play from scrimmage Stepfan Taylor gashes the OSU defense for a 38-yard rush, as some Big 12 truthers (myself included) surely thought, “Crap, maybe the league’s defenses actually aren’t good enough.”

• Daytawion Lowe, who finished the season with a team-high 97 total tackles, chased Taylor down. The next play, Lowe broke a pass up in the end zone — big time.

• This Stanford offense might have been more stacked than OSU’s. Andrew Luck, Zach Ertz, Ty Montgomery and Coby Fleener. Yikes!

• Brandon Weeded rolls to his right on OSU’s first play from scrimmage, and chunks an interception. Again doubts crept into the Big 12 faithful’s head thinking, “Maybe they can’t hang against ‘better defenses.'”

• Markelle Martin comes downhill and absolutely annihilates Ty Montgomery. Montgomery’s helmet went flying. In the modern game, it was a no-doubter for targeting. It was weird not seeing the yellow fly in and Montgomery was putting his bucket back on.

• Matt Millen, who was doing color commentary for the game, even says “All clean.” He tries to say it wasn’t helmet-to-helmet while a freeze frame on Martin’s facemask is clearly on Montgomery’s earhole is on screen. It was a different time. 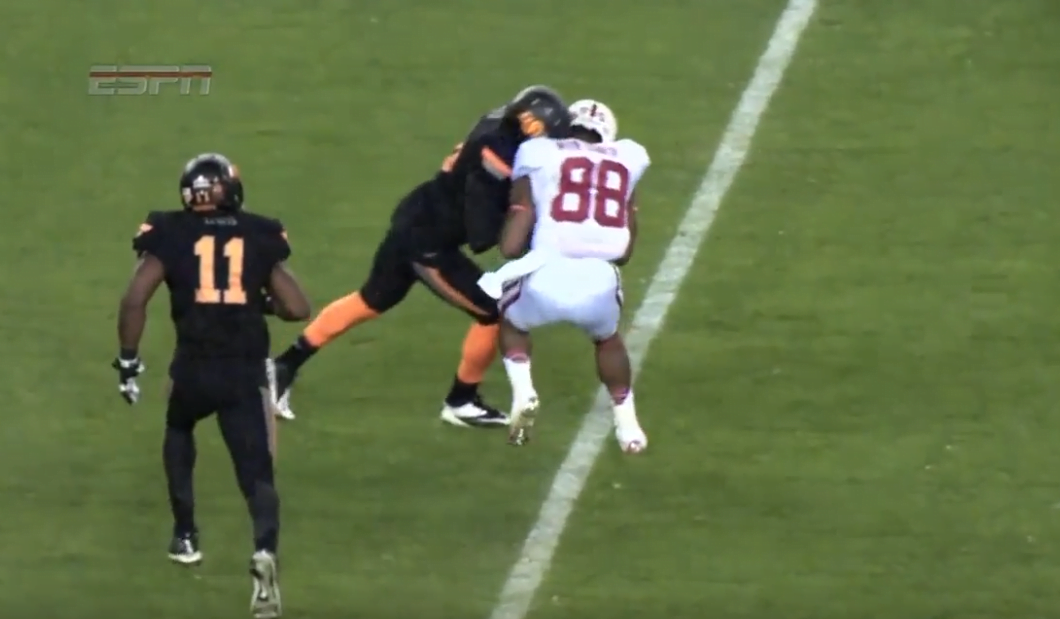 • Richetti Jones sacks Luck and ends Stanford’s drive. It was a loss of 8, pushing the Cardinal back to OSU’s 43, too far for Shaw to allow Williamson to hook another field-goal attempt.

• OSU’s next drive is a quick three-and-out with some conservative play-calling, probably just trying to settle the team in after a disastrous first play from scrimmage.

• Luck finds a wide open Ty Montgomery for a 53-yard touchdown, My palms are beginning to sweat.

• After another OSU punt, Luck throws an interception to Justin Gilbert. Gilbert caught the ball while his feet were about three feet off the ground.

• This changes as the game goes along, but it’s crazy this thing didn’t start out as a slugfest with these two future-pro quarterbacks with all of their future-pro weapons.

• The quarter ends with OSU readying to punt from Stanford’s 40 after another three-and-out. The Cardinal’s defense has kept Justin Blackmon catchless through the first, and Brandon Weeden hasn’t looked any good as a result.

• OSU finished the quarter with 27 yards of offense, not great considering the Pokes averaged about 560 yards a game entering the Fiesta Bowl.