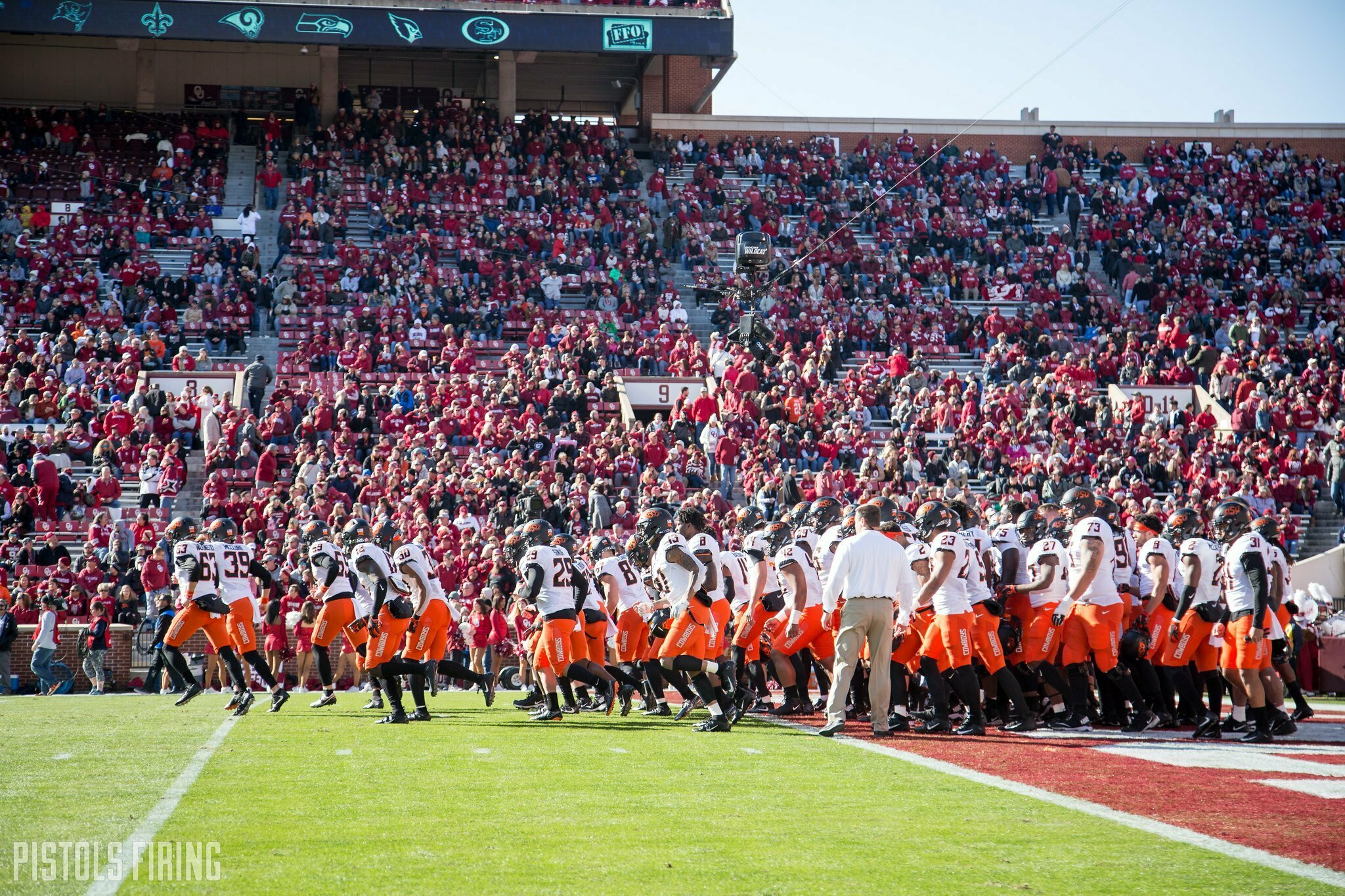 It’s Bedlam week, so why not look back at one of the more celebrated Bedlams in Oklahoma State’s history: 2002.

Full disclosure, I was 7 when this game took place, and I can almost assure you, I didn’t see it live. So, instead of a rewatch, here’s a live blog of me seeing Les Miles’ second Bedlam win for the first time.

Also an offensive fumble touchdown to start a Bedlam game is quite the trivia question.

The Sooners needed something to bounce their way, though. OU also gets the 2-point conversion, making it 35-14 OSU.

Q4: Running It Out