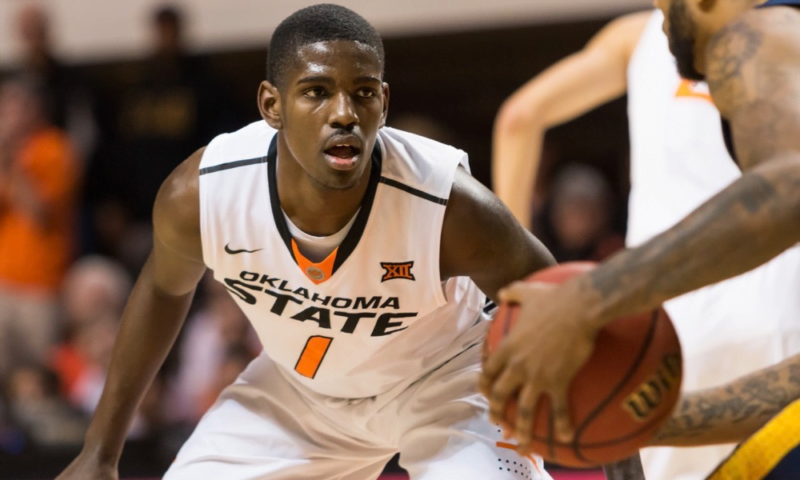 With hoops winding down and spring ball about to start up, it’s mailbag time. Let’s get after it.

If you need a good topic to write about. What does the Big 12 do if Baylor gets the death penalty? -Jacob I.

Question since text and emails have been released on Art Briles will NCAA get involved?  No internal control! -John D.

Kyle Porter: The better question is what does Baylor — or any school in 2017 — have to do to actually get the death penalty? I don’t think it’s even possible anymore. The last major program to get it was SMU in 1987. The details there are humorous in retrospect.

An investigation found that 21 players received approximately $61,000 in cash payments, with the assistance of athletic department staff members, from a slush fund provided by a booster. Payments ranged from $50 to $725 per month, and started only a month after SMU went on its original probation (though it later emerged that a slush fund had been maintained in one form or another since the mid-1970s). Also, SMU officials lied to NCAA officials about when the payments stopped.

Or as Ole Miss calls it … last Tuesday.

The whole deal with the death penalty is that the NCAA cares more that you lied than what you actually did (see: Bryant, Dez). No athletic department in 2017 is dumb enough to lie consistently enough about what it is doing to get the death penalty.

While we’re here, the Kim Mulkey deal last weekend was a little disturbing, no? She literally told Baylor fans to commit acts of violence in defense of acts of violence. Just maybe don’t say anything for a while.

I get that you’re angry about the whole thing — what reasonable person isn’t? — but the arrogance of perceiving that you know and understand the full breadth of that scandal is spectacular.

Did you see this?

Porter: I did. The narrative game runs strong in sports. When Texas Tech runs 120 plays on somebody, the Big 12 sucks. When the Patriots do it, Nobel prizes are handed out to each of their offensive coaches and Bill Belichick receives a Presidential Medal of Freedom for liberating us from 1970s football. Deceptive.

On your piece about whether recruiting matters, look at the ranks besides Bama and you’ll see 9 teams outside the top 10 nationally in recruiting and 11 inside of it played in the national title game. It is certainly true Oklahoma State needs to recruit better but I think the if you aren’t in the top 10 you are screwed is a bit misleading.

Average ranking including Bama is 9.9 you take them out it become 12.2. I think Oklahoma State’s goal should be Oregon. Top 20-25 classes and they will be nationally competitive. -BBJD

Porter: I love the idea of taking Bama out of this stuff as if they are going somwehere other than back to more title games in the near future. You are correct here, but we are also talking about four-year averages. So if Auburn won it all with an average recruiting class over four years at No. 13, that sounds feasible for Oklahoma State, right? Except that Auburn still had two classes in that span inside the top 10. Two top-10 classes. Gulp.

The real lifeline for OSU is the playoff. It’s not as hard to get into a CFB Playoff with mediocre recruiting as it was to get into the BCS National Championship. So far two teams that recruited on average in the 30s have done it (Washington and Michigan State). They both got incinerated by Alabama, but at least they got one of those diamond Nike checks on their unis for a game.

Thanks for this. Its not actually rocket science. You can find some players nobody knew were going to be good. But that can’t be your entire recruiting strategy. Gundy is great. But our recruiting has been unacceptable, unless we are cool with being number 2 in the Big 12 and never playing for the big one. You can say we are superior at talent evaluation to a lot of coaching staffs, but are we also superior to NFL scouts? The evidence is there if you’re willing to look at it. Gotta get better. Period. -Big D

Porter: Not much to add here. It does feel like Gundy and Co. have made “nobody believed in these guys” their entire recruiting strategy. It’s working … somehow … but I think we’re seeing its success at the very highest level you can possibly operate at with those players. That’s fine if you don’t want to win a lot of Big 12 titles, but it could be a lot better.

Loved the recent series of articles on recruiting on the blog. For a such a thought-out deep dive though I felt one aspect was missing throughout, that being the dark/gray sides of recruiting Gundy and crew won’t engage in.

I mean you always hear about paying players and stuff, but I don’t really know how much of that goes on nor do I know how many people actually believe it goes on that much. I’d like to read more about kind of the gray areas that the NCAA hasn’t really caught up to with any rules yet.

Stuff like forcing long time commitments to grayshirt, outright pulling their commitments, telling players some other school is about to fire their coach, etc.

Then again, with the recent Ole Miss stuff, I see a lot of people talking about old articles like this one as just “facts” of the recruiting world. Obviously Gundy isn’t going to start using bagmen, but do you think there are some dubious tactics that he could be employing, but won’t because he doesn’t want to do that kind of stuff? -Sam I.

Porter: Sure I do. I think Gundy is old school in that he takes immense pride in running “the right kind of program.” He did everything but bring Beyonce’s backup dancers to his press conference on how the Sports Illustrated investigation led to the NCAA finding little to nothing on OSU and it’s clear he has enjoyed firing long-range missiles at Oxford in recent weeks.

Of course I also think it’s a lot harder to illegally recruit players than the internet would have you believe. Do some schools do it? Sure. But coaches have too much to lose for it to be ubiquitous. The cost-benefit of paying a single recruit when you make $4 million a year is not very often going to end in you paying that recruit.

So I think Gundy is above board with most stuff that goes on, but I think the same about Bob Stoops and Bill Snyder and Kliff Kingsbury. So there is an advantage to be had there, but I don’t know that he’s falling behind in the Big 12 because he’s (hopefully) walking the straight and narrow.

Porter: I have been saying for weeks OSU is going to beat Kansas by 30, Jawun Evans is going to put Frank Mason on skates for 40 minutes, taunt him with quips like, “You’ll never be half the player Kirk Hinrich was” and GIA is going to be so loud that the friction in the actual arena will cause Bill Self’s toupee to catch fire. Then we’re going to Periscope about it. It’s going to be a glorious night.

Is a sweet 16 trip too much to expect? Should we just be happy with season turnaround and making it back to the tournament? -Shane K.

Self calls Holder after NCAA tourney and says he wants to come home and will pay for buyouts. Do you stick with Underwood? -Blake Z.