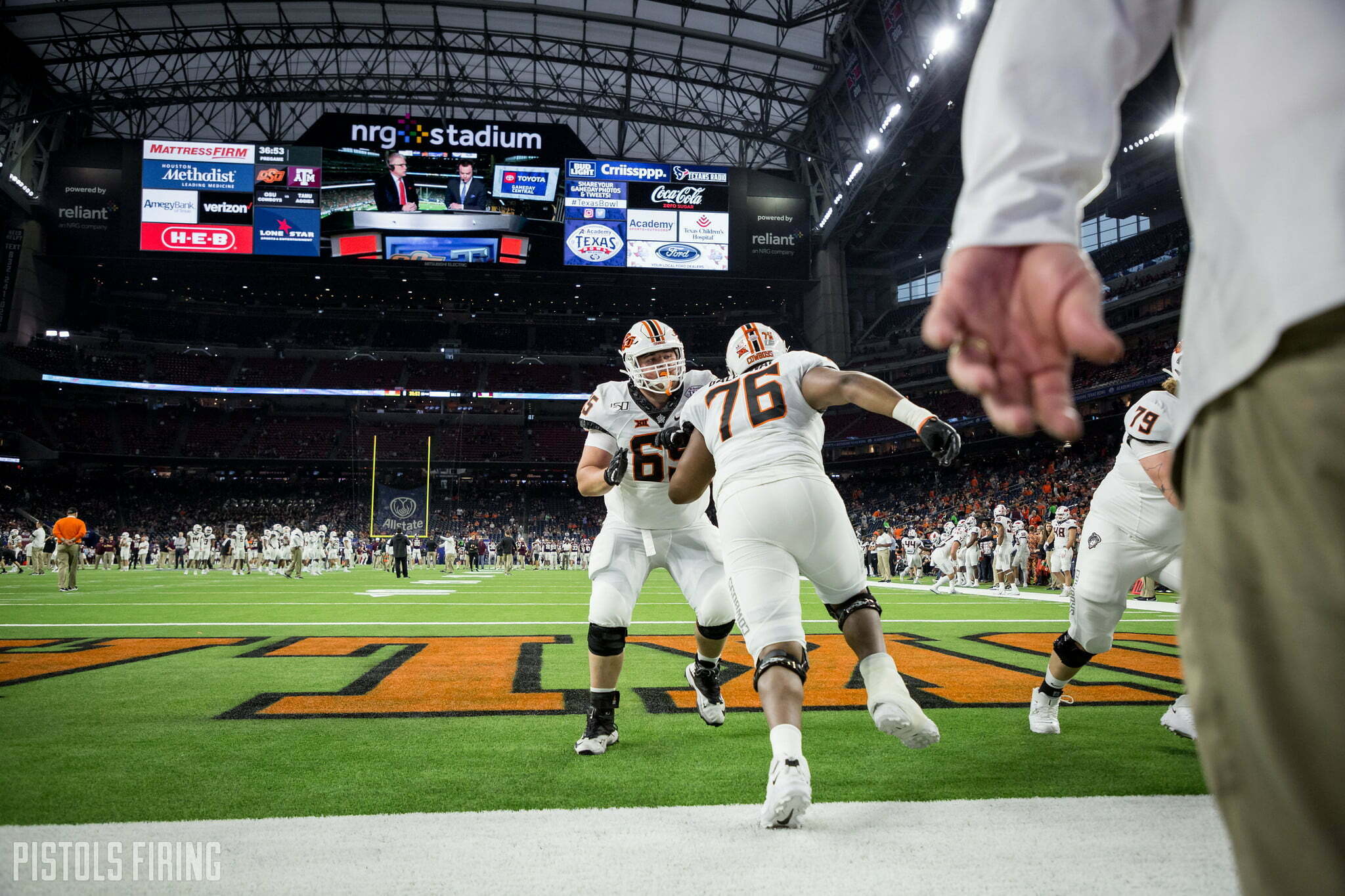 It’s Friday so it’s time to empty the #content tank before the weekend (although what is a weekend during a quarantined pandemic?). This one is from long time-long time and star forum poster, Eddy M.

Assuming we get football this fall, could we see something truly chaotic in college football? I don’t mean Dak beating Alabama then Bama winning the natty anyway.

I mean Wisconsin winning the natty. Or Baylor. Or Oklahoma State. Any of those tier 2 high-achieving but not elite recruiting teams. Recruiting truthers know this would be truly chaotic and unprecedented.

The premise is this. Spring practice is gone. August practices are (probably?) shortened. There’s no way fans are going to be in stadiums.

A power like Alabama who loses 10-20 guys a year to the NFL Draft isn’t going to have the same level of gel time they usually do. Or Oklahoma, which now has to break in a new QB without spring practice, shorter fall practice, and no home-field advantage.

Whereas, Oklahoma State has the triplets with a ton of experience playing together plus the stacked defense.

Or does the complete opposite happen? The top five crushes everyone. Teams that have their system, they don’t have as much time to get the system implemented and humming. Think teams like Iowa or Iowa State, which every year start the season with the ugliest football game possible.

Here’s the logic: OSU’s big dogs weren’t going to do anything in the spring or fall anyway. That is, their workout time and health are far more important than building chemistry. However, Alabama’s freshmen and redshirt freshmen would have played a lot in the spring and fall to get acclimated. Their health is not more important than the experience they glean from that practice time.

Therefore, taking that time away helps a team like OSU and hurts a team like Alabama. That doesn’t mean Bama wouldn’t still beat OSU (they would) but it probably closes the gap a bit (which is the kind of perfect-storm event you’re looking for if you’re wanting to win some kind of title … if there’s even a season).

This hurts a team like Baylor even more significantly than it hurts a team like Alabama because Baylor is trying to replace a bunch of seniors with younger players who aren’t as talented as Bama’s guys. Alabama’s guys will figure things out eventually — in time for SEC play — because they’re so talented, but Baylor’s guys might take longer.

I don’t know if this effect is enough to change anybody’s season, but margins are thin in CFB, and confidence matters. OSU will have a lot of it because of the way they ended last season regardless of practice. Other teams may need practice time to build it because they don’t have a veteran squad that’s done the thing together before. So while this doesn’t make OSU a top-10 team all of a sudden it does close the gap by an iota between them and the teams they’re trying to run down.