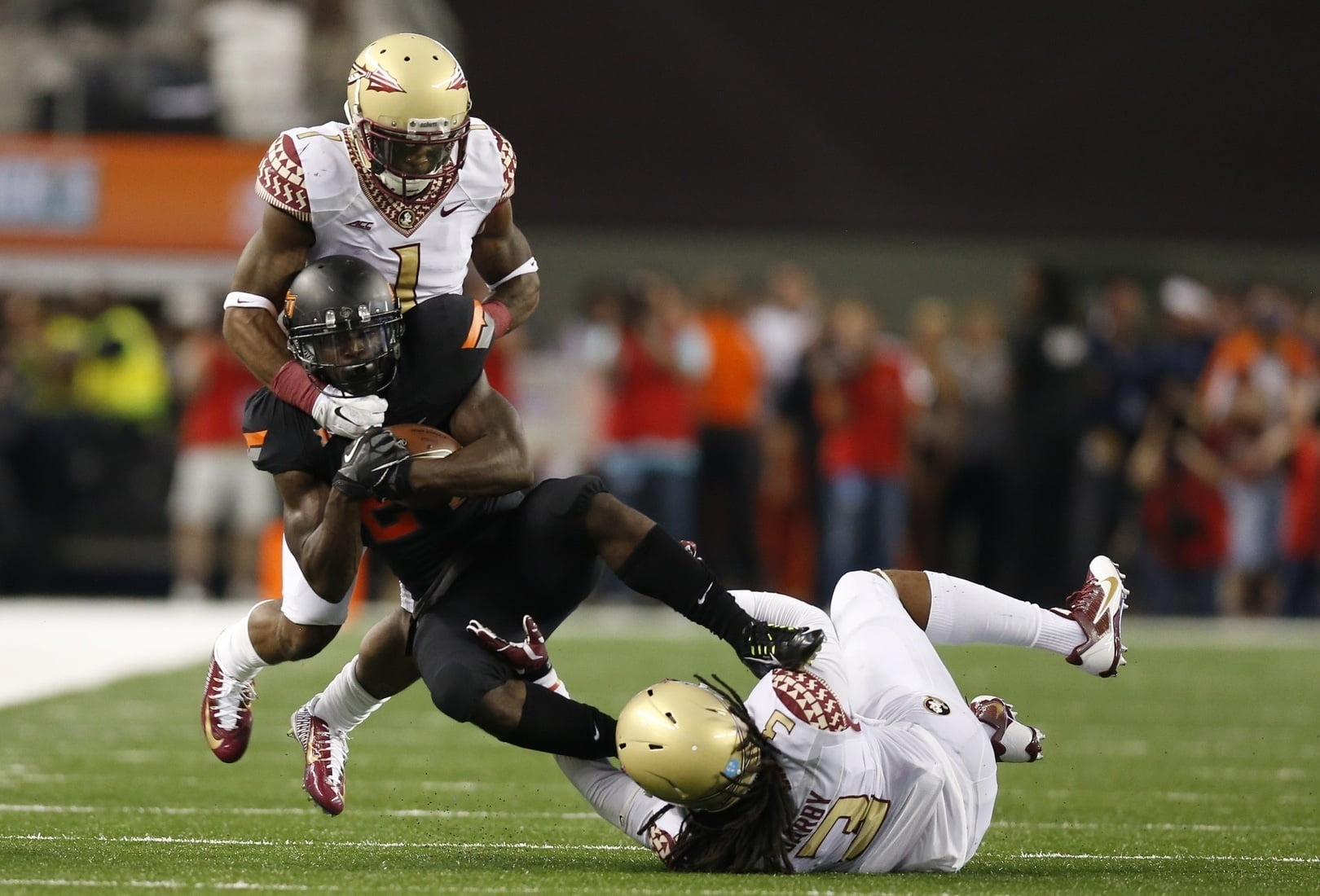 Welcome to the Wednesday Mailbag where I answer Twitter questions, proselytize The Freek, and post as many GIFs as Carson will send me.

@pistolsguy too early to sell my stock in the legoman?

I’m bullish on Legoman, I really am. Florida State notwithstanding (and again, the champs!) he’s been immense since the Iowa State game last season in which OSU scored 58 in Ames it has only scored under 30 once (Bedlam).

That’s not always elite for offenses that get the ball as many times as the Pokes — case in point: they posted a 2.1 points per drive mark against FSU — but you’re still giving yourself a chance.

Plus with the mini-handcuffs (that sounds…weird) you have on with No. 4 at QB I’d say he’s doing a dang good job.

@pistolsguy how do we not lose momentum or get complacent between FSU and conference play?

Have Travis Ford come in and talk about how Missouri State’s defense is pretty similar to the ’85 Bears and “they have a running back who makes Reggie Bush in 2005 look slow and out of shape.”

@pistolsguy If you could trade Tyreek Hill for any player in the Big 12 who would it be? Or would you even trade him?

You guys brought it this week!

I’m trying to not be hyperbolic about 1. Tyreek and 2. What I saw from eveybody else on the field on Saturday but it seems like the greatest variance for OSU could come at QB or maybe linebacker. I would trade Tyreek for Petty but I’d have to think about it.

I’m pretty sure anybody else I’d giggle about and hang up the phone.

@pistolsguy what job, if it came open, is big/good enough to get Gundy to leave?

Florida? We’re about to find out?

@pistolsguy What would it take for The Freek to win the Heisman? 275 all purpose yards/game?

@pistolsguy what are the odds Rudoph gets a red shirt?

We’ll find out on Saturday but I think somewhere in the 90 percent range. I really think Gundy might have some PTSD going back to the Wes Lunt reverberations. It might take a 7-star recruit for Gundy to playing another freshman behind center.

@pistolsguy what is the early expectations for Cowboy basketball this year?