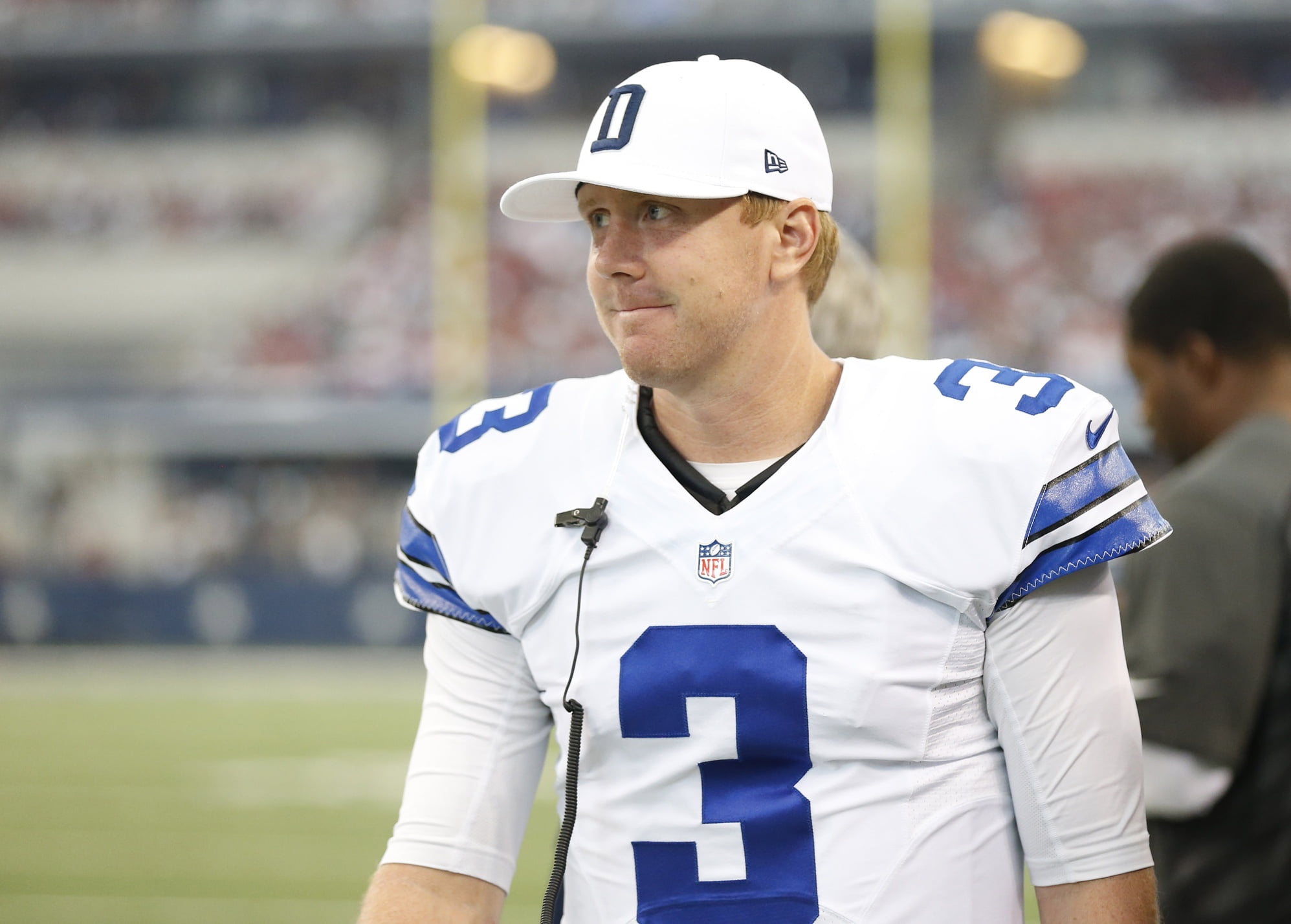 Would you trust Brandon Weeden to Mike Yurcich? (USATSI)

Welcome back to another edition of Mailbag Wednesday. As always, thanks for all of your questions (or to the OU fans, youre questions).

@pistolsguy if Winston could play for this year's team would you want him?

That’s a great question. His one act play drives me insane but I can’t say I wouldn’t want him. Selfishly I’d want him because he’s blogging gold — every single thing he does gets dissected harder than a 6th grade science project.

On the flip side a lot of people (a lot more people, I should say) would hate me because I would write honestly about how I felt about him and feel constantly conflicted between his greatness on the field and his childishness off it.

He’s Marcus Smart basically, but better at his sport and more absurd (and allegedly dangerous?) off the field. I liked having Smart but I’m also looking forward to a season without him so I’d probably feel the same about No. 5.

Five years of Big 12 football titles for one basketball title? No. I might go one for one straight up but that’s a crazy trade. That’s like trading James Harden for Kevin Martin.

@pistolsguy Appropriate payback to Thayer: Daxx throws a Longest Yard style pass at his groin or Ogbah in an unabated blindside QB sack?

If there was a clip of Thayer standing in GIA as Markel ran from the other end of the arena and dunked on him and just hung on his head for like five seconds do you think that would be the most viewed post in PFB history or just for this year?

The real question is whether KD could start for this basketball team on his scooter. I’m not ruling that out.

This is a tremendous question. It’s 2-1 OU right now and is about to be 3-1 but I’m going to say OSU. I think Gundy has more years left in him in Stillwater than Stoops does in Norman and whoever follows that Stoops act is going to have his hands full.

@pistolsguy on a scale of 1 to the time they announced Gilmore Girls was on Netflix, how excited are you about this 30 for 30 on the Boz?

There isn’t a number. It can’t be measured.

Actually if you combine the feelings I felt when Jamie Blatnick picked up that fumble in 2011 Bedlam and the Lucas shot in 2004 along with the realization that Dez was going to wear No. 1 and the first time I saw Tyreek live then you’re about halfway there.

@pistolsguy What would be more disappointing, going 5-7 in football or finishing 8th or lower in Big 12 b-ball?

Football. Disappointment has been removed from my vernacular when it comes to OSU hoops. When you take two NBA draft picks and a cast of legitimately good role players and transform them into the 7th best team in the Big 12 that gets drilled in an 8-9 game in the tournament there’s no such thing as unmet expectations anymore.

Dan Patrick is secretly (?) the best show on radio. It’s not even close. And I’m a SVP homer.

@pistolsguy better chance yurcich is gone next year or Rudolph starts a game this year?

Definitely Yurcich being gone. I just don’t see how Gundy and Holder go into a meeting and say “you know who really exceeded our expectations the last two years? The coordinator! Let’s re-sign him and give him a raise!”

Think about this in real world terms: To be re-signed to a contract in a competitive marketplace (like college football) you have to meet or exceed expectations. Otherwise the barrier to entry is too low in terms of bring somebody else aboard.

In a non-competitive marketplace I would argue that you can fall shy of or barely meet expectations and still be re-signed because there isn’t a long line of replacements to be had. Sometimes familiarity wins out in that scenario. Not so here.

@pistolsguy Foursome at Karsten Creek. You and one each from the current PGA, LPGA and Champions Tour. Who ya got?

Michelle Wie, Rory McIlroy, and Scott Verplank. And Verplank would be out-driven by all of us but probably win.

A great one to end on.

I presume you have a standard good OSU offensive line for all three and given that I would go…Dana and Chelf. Monken could make me a good QB, I think (I mean look at JW’s 2012 game log!) but Dana is 95 percent what Monk is and Chelf is more than 5 percent better than Daxx.

Even Weeden and a corpse would be tempting but if you followed along at all during his two years there you realize that a lot of Weeden’s success was because he was put in the right spots to succeed.

I’m not sure I’d trust Yurcich to make my kids peanut butter sandwiches much less handle a machine as high-powered as No. 3.