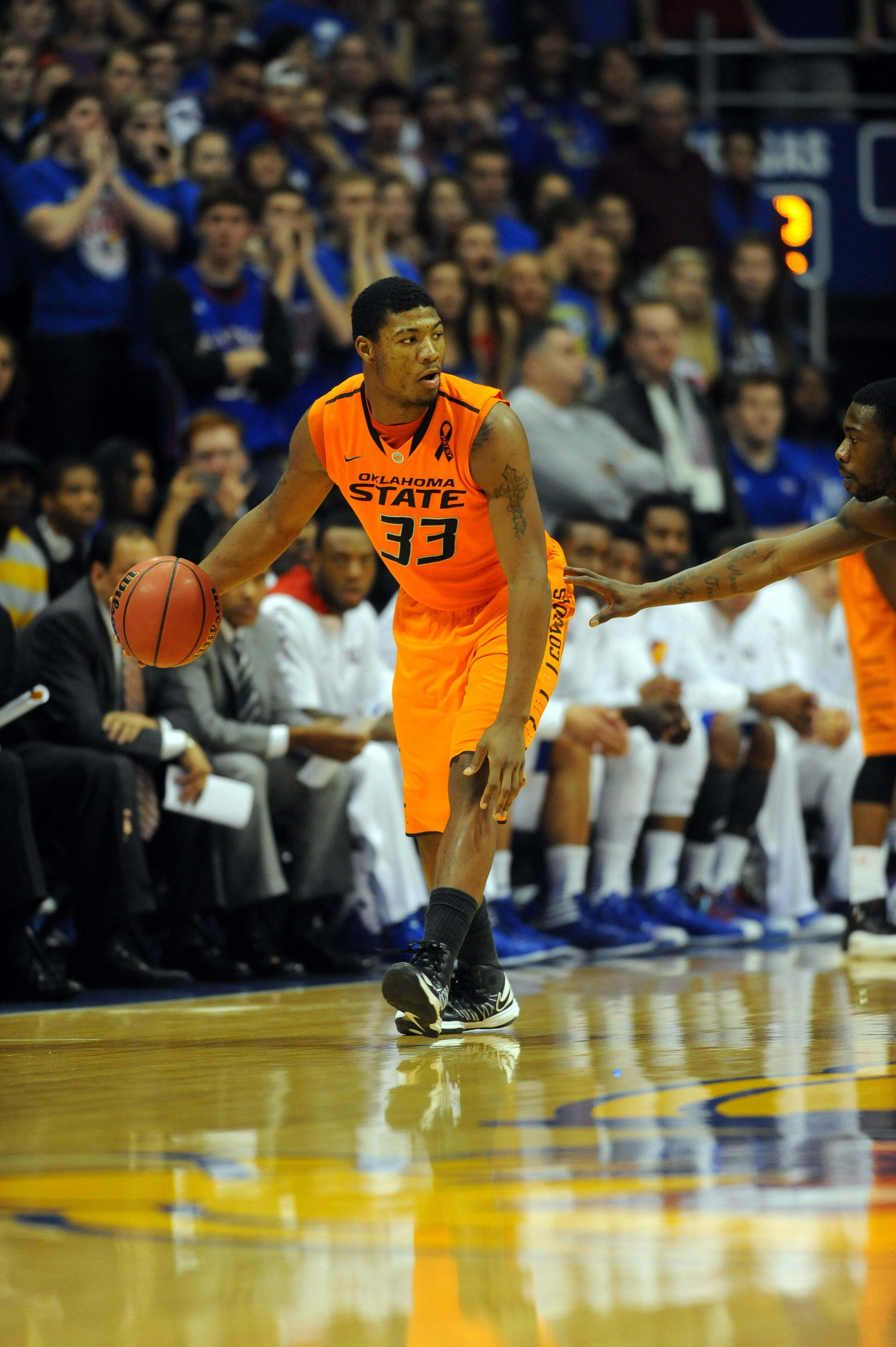 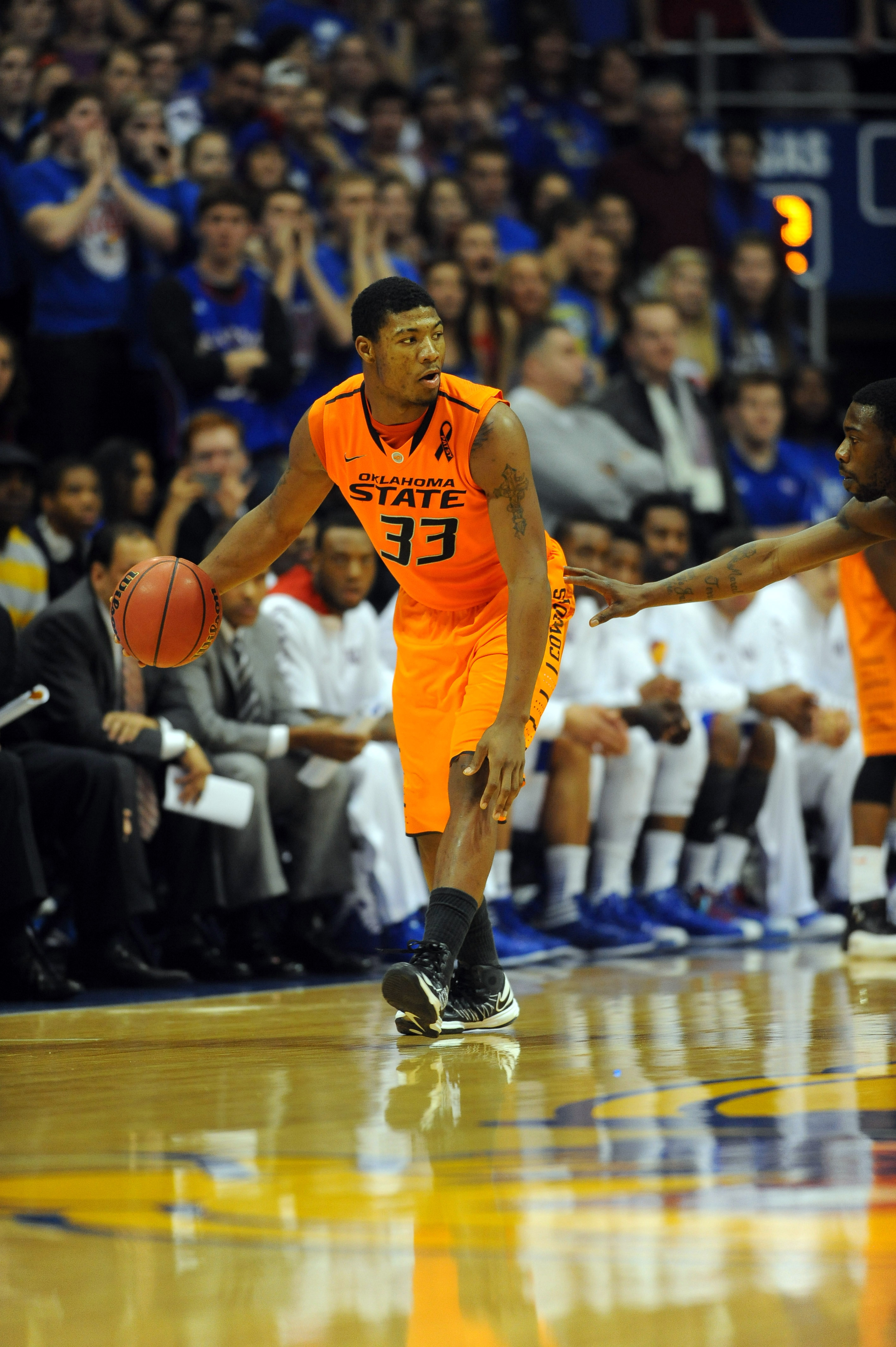 Since the inception of the Big 12 Kansas has played 133 home conference basketball games.

Three opposing players have scored 25+ in a win at Allen Fieldhouse.

Two of them played for OSU on Saturday.

And obviously Markel Brown had 28 and Marcus Smart had 25 on Saturday.

The Markel thing we will tackle later because he is legitimately playing himself into an area that made me think for like 15-20 minutes on Sunday about whether or not I needed to worry about chanting “one more year” at him as well.

But right now I want to talk about Marcus Smart.

In case you forgot, he just posted a 25-9-3-5 at Allen Fieldhouse against a #2 ranked Kansas team that many were saying was probably the best squad in the country.

And he owned the place. When Travis Releford hit his second free throw at 5:22 to make it 66-62 I thought “welp, it was fun, you know. It was a blast to roll with this sick KU team in their house for 35 minutes. Something to build on, and maybe we can take them at home.”

Then Smart went into “whose bleeping house is this again?” mode.

This is what the play-by-play looked like for the last 5:22…

It really was as absurd as it looks in print.

And for all the hype Smart received — top PG in the Big 12 according to CBS, +8 wins for OSU according to Fran Fraschilla — he’s really exceeded every expectation and thought we had about what he could be.

He is a short man’s Kevin Durant (Texas version).

Remember KD in Allen Fieldhouse his freshman year? 25 in the first half on whatever he wanted to do. I wrote freaking poetry about that game when I was in college. I was in love with Durant.

Well Marcus Smart did more on Saturday. He closed.

As the dull, haunting hum of Rock Chalk Jayhawk started to rumble in the distance at 66-62 with KU looking to do what KU does at home — end teams — Marcus Smart flipped the tables and clipped KU’s 33-game home streak.

And he did it with a breathtaking array of skills — like he was simply honing his craft at a pickup game in Rec Center, USA. He did anything he wanted against Self’s team, on Self’s court, and Self knew it.

He definitely whipped our guards. I mean, he whipped them.

Then he let them know exactly what he did.

I don’t even know how to quantify the performance really. I’ve been half-heartedly wondering to Nolo over the last month or so whether or not Smart’s the best player in the country. He really could be.

So what does that mean for the rest of the season? Could we win out? Could he Carmelo the tournament? Is this really happening?

All I know is this — that on Saturday night as 16,300 people filed silently out of Allen Fieldhouse and every last one of them knew who the best college basketball player in the country was.

He entered all right.

But he did not pay heed.